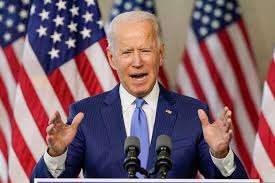 PERSPECTIVE – After Ukraine, US fishes for new war in Taiwanese waters

IN Nigeria, there are people who traditionally rejoice at the prospect of war. They are uncomfortable when there are no wars or new territories to conquer, plunder or destabilise. The United States establishment has this same psychological make-up. It appears allergic to peace, and as one conflict drags to a bloody close, it is instigating a new one.

The US, since its painful birth by its surrogate British mother which it turned round to fight, has been perpetually at war. In fact, since its 1777 independence, it has been at war for 90 per cent of the time. If it is not carrying out genocide against the indigenous Indian population, then it would be at war with its Mexican neighbours, European cousins such as the Spanish, its Latin American ‘backyard’ countries or further afield with countries like Libya, Somalia, Egypt, Vietnam, Korea, Afghanistan, France, Old Yugoslavia.

Although with no boots on the ground, it is actively involved in the on-going wars in Yemen, Syria and Ukraine. No war is too small for it as the US, like an elephant taking on an ant, has militarily fallen on fingerlings like Grenada and Panama.

The American psychology for conflict can be gleaned from its defence budget increases, from $714 billion in 2020, $768 the following year to its projected growth to $900 billion in 2030. Its Cow Boy gun culture has resulted in 393 million guns in private homes. Its war industry is also booming with the Lockheed Martin Corporation alone grossing $58.2 billion in 2020. The US between February and July, 2022 supplied $6.1 billion military aid to Ukraine in its war with Russia.

Seventeen days after the last US soldier left Afghanistan, President Joe Biden on September 15, 2021 announced a new trilateral military alliance of Australia, UK and US with the acronym, AUKUS. It was in preparation for a possible conflict with China. Now, as the Russo-Ukrainian War is beginning to lose steam with Ukraine left high and dry, the US is fishing for a new war in the waters of Taiwan. This Tuesday, August 2, 2022 the fishing game began with an official visit to Taiwan by US House Speaker Nancy Pelosi.

This is curious because the US knows that Taiwan is not a separate state, does not recognise it as a country nor has it diplomatic relations with it having cut such ties since January 1, 1979. In fact, the world, under the United Nations, UN Resolution 2758 of October 25, 1971 delisted Taiwan as a separate country. In that resolution, the UN declared the Peoples Republic of China as “the only legitimate representative of China to the United Nations”.

Since Taiwan until then had sat in the world body as an independent country, the UN, which refused to name Taiwan by name so it does not give it any recognition, resolved to “expel forthwith the representatives of Chiang Kai-Shek (the regime occupying Taiwan) from the place which they unlawfully occupy in the United Nations and all the organisations related to it”.

The Biden administration was quick to distance itself from the Speaker’s  visit with the President saying the visit is “not a good idea”. But I do not think Pelosi, who President Donald Trump valued no more than a foot-mat, would  have been allowed to engage in such a high profile and potentially risky foreign relations gambit without official state backing. The constitutional duties of the American House which are to make laws and scrutinise the work of government does not include the conduct of foreign relations. Since Pelosi is no tourist looking for exotic beaches to visit, her presence in the Chinese territory is politically motivated; it might be to deliberately heighten tension between Beijing and Washington using Taiwan as a pawn.

China reacted angrily to Pelosi’s visit, but which serious country will not react to the violation of its territory? Would the US not shoot down any foreign aircraft that flies to the island group of Hawai without permission? Will the United Kingdom not react in a similar manner if Pelosi were to fly to Northern Ireland without official permission?  Indeed when  in 1995, the self-styled President of Taiwan, Lee Teng-hui, made a stopover  in Hawaii en route to Latin America, the US denied him a visa and Teng-hui did not even disembark his aircraft.

Pelosi writing in The Washington Post of August 2, 2022 said her visit is in line with the American-Taiwanese shared interests and values of “…self-determination and self-government, democracy and freedom, human dignity and human rights”. When these Pelosi claims are subjected to the reality of the American domination, repression and suppression of the Puerto Rican peoples, they are exposed as hypocritical.

First, how do you talk about self-determination by a territory, such as Taiwan that is part of a country unless there are negotiations or constitutional provisions?  Secondly, it is important  to understand that until 1949, Taiwan was ruled from mainland China by the grand-parents of the same people who run Taiwan today. There was a civil war in China in which government forces were defeated, and the remnants fled the mainland to occupy Taiwan. So the peoples of China and Taiwan, are the same. In contrast, the people of Puerto Rico and America are not the same people, have no similar cultures, history or language as the former speak Spanish and the latter, English. While Americans are free to vote in the presidential elections, Puerto Ricans are denied the vote.

Puerto Rico was never part of the US. It was a colony of Spain and when America won the 1894 Spanish-American War, it replaced Spain as the colonial master and until today, has refused to grant that country of 3,285,874 peoples, independence. The US rejected the 1914 the Puerto Rican House of Delegates’ vote for independence and jailed Puerto Ricans who agitated for independence.

The most famous Puerto Rican jailed in the US for demanding independence is Oscar  López Rivera who was set free in May, 2017 after spending 38 years in jail! Also, the US has for three decades now, rejected the United Nations Decolonisation Committee’s recognition of  Puerto Rico’s right to self-determination and independence.

It is hypocritical for Pelosi and her handlers to fly all the way to China to  say it is defending Taiwan’s right to self-determination while at home, the US denies the peoples of Puerto Rico, Guam, American Samoa, Northern Mariana  Islands  and the US Virgin Islands even  the basic right to vote.  President Tsai Ing-wen vowed before Pelosi that Taiwan “… will do whatever it takes to strengthen its self-defence capabilities”. She  will find out like Ukraine, that the US would not risk a single American soul to defend Taiwan.