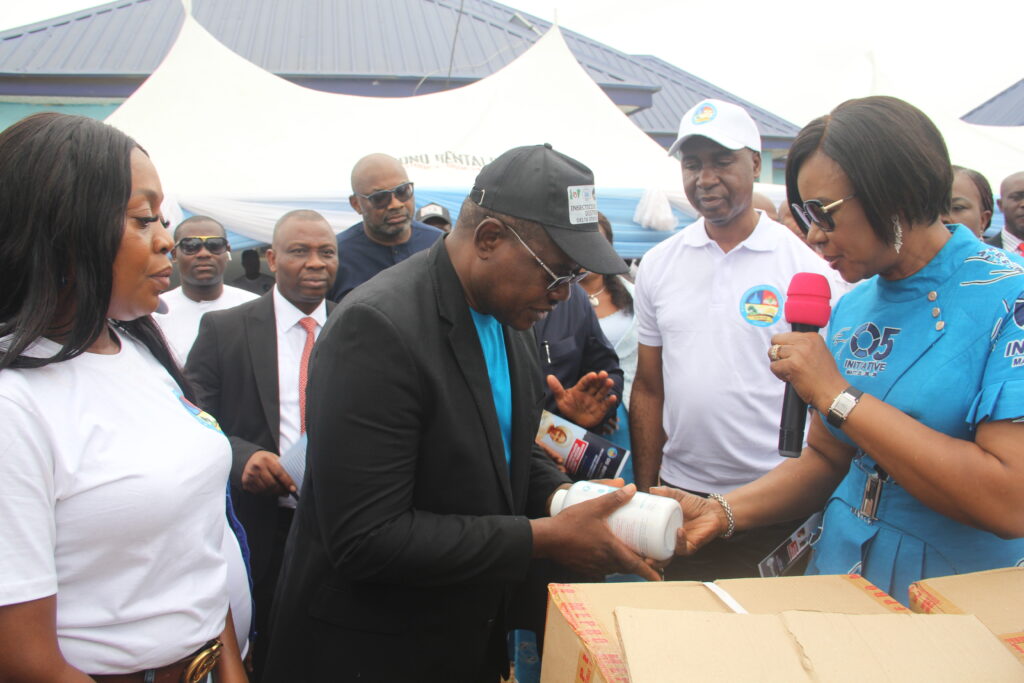 Wife of Delta state Governor, Dame Edith Okowa, has decried indecent dressing by some mothers and women in the society.

Frowning at the loose manner some women and mothers dress to public gatherings, Dame Okowa said some of the present generation of women are causing pain to womanhood and therefore, a disgust to society. The governor’s wife made the observation while flagging off maternal and children micro nutrient supplementation and mass deworming at Cable Point primary health centre on Thursday.

Apparently dissatisfied with the loose dressing among some mothers who came for the event, she condemned indecent dressing among women just as she noted that such dressing pattern devalues womanhood.

She said ladies who dress in such manner can only be approached by men who are loose and lack virtue.

She said: “How will you and your husband leave home and your husband will allow you to come out in such manner. Nurses and doctors should please teach them how to dress when they come to the hospitals. According to her, good dressing portrays a well cultured individual.

She also advised mother to consider family planning, taking into cognizance the fact that the present-day economy does not support raising many children that parents cannot support to live better lives. She said women should give birth to children they can comfortably train, saying the days of many children are over. She advised mothers to talk to young ladies on the need to maintain decency in their appearance.

On the deworming programme, she said the Cable Point event was the flag off, noting that the deworming activity would be carried out in the 25 local government areas of the state. She said the event is a re-enforcement of the commitment of Delta state government to enhance the health needs of Deltans.

According to her, her pet project, the O5 Initiative and the Delta state primary health care development agency are collaborating to improve the nutritional status of pregnant women and children in the state.

She said: ‘’As the state nutrition ambassador, I have championed the cause for complete nutrition via the O5 Initiative free grassroots medical outreach across the state. The outreach afforded me the opportunity to sensitize the public on the ideals for proper nutrition; this I can boldly say was well received.

“The fight against nutritional deficiency among pregnant women and children cannot be overemphasized, therefore to meet this demand all hands must be on deck to achieve this goal.

The governor’s wife called on well-meaning individuals, organizations and donor agencies to be part of this move to eradicate malnutrition among our expectant mothers and children. This, according to her, will help in tackling the challenges of safe delivery of women and the growth of their children.