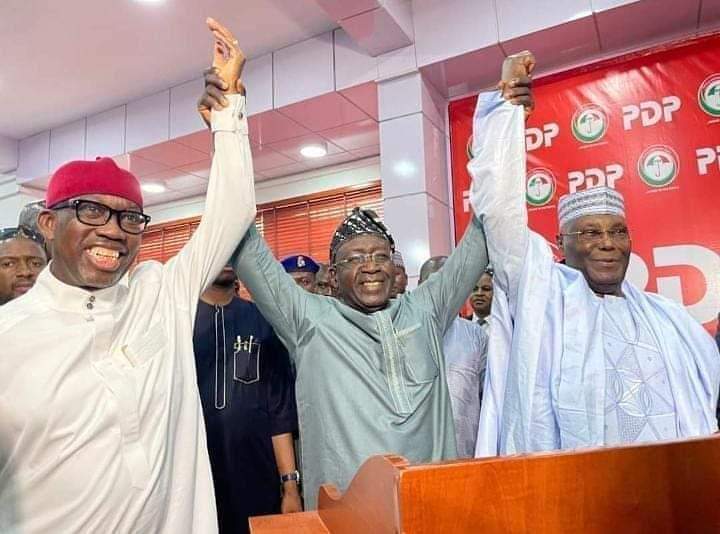 It’s become a source of embarrassment for an individual to hold the Peoples Democratic Party to ransom – a political platform that boasts of tens of millions of registered members, and millions more of supporters nationwide.
Alarmed PDP members wonder when will the party and its presidential candidate, former Vice President Atiku Abubakar, grow the balls and call the bluff of Rivers State Governor Nyesom Wike since the May 2022 primaries.
Wike came second to Atiku at the primaries, and hasn’t given Atiku and the PDP any breathing space to focus on the 2023 general election that’s barely six months away.
What’s Wike’s grouse? That the PDP leaders, and the local party chieftains in Rivers State, schemed him out of the PDP flag and the vice presidential slot, accordingly.