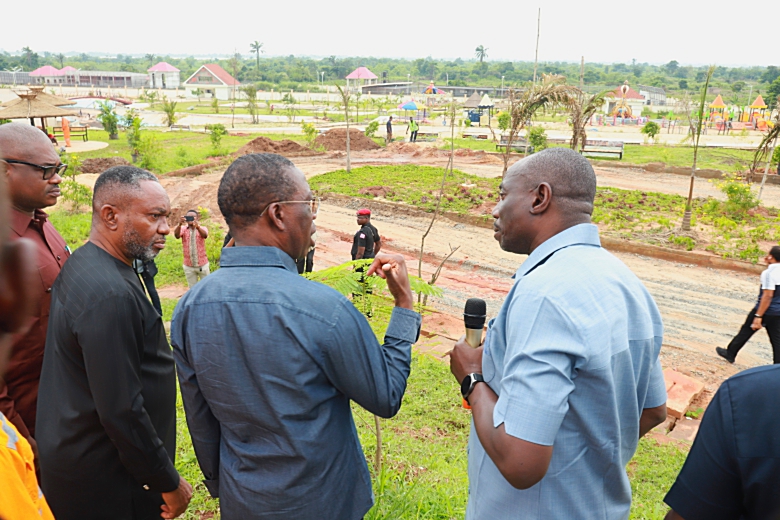 Delta Governor, Sen (Dr) Ifeanyi Okowa, on Friday deplored the delay in the completion of Leisure Park and Film Village projects being constructed by the state government in Asaba, saying it was unacceptable.

He directed the contractor to ensure that all outstanding work was completed for the inauguration of the projects at the end of October, and assured that every necessary provision would be made to meet the deadline.

Okowa stated this while speaking with newsmen shortly after inspecting the projects, and announced that the facilities would be commercialised to ensure their sustainability.

He explained that the government would not be in a position to manage the projects but would hand it over to the private sector for proper management.

According to him, there is an improvement from the last time we came here but I must also say that we are behind time for which I am not happy and I have made that known to both the consultant and the contractor.

“We are going to work around it and make sure that in the next two months, October ending precisely, the place will be fully ready.

“On the other hand, the place is not somewhere that the state government can run by itself; it’s going to be commercially run by those who already have insight and experience in the business.

“I believe we are going to get greater service and functionality to the communities around and to all visitors, if it’s commercially run.

“There are three aspects of the whole place, the Leisure Park, the film village and the Zoo; all will be run commercially.

“I was informed that over 70 per cent of the animals that would come in, cannot come in now until there is a final finish to the areas.

“We saw the lion and some other things and we are hoping that in the next one month it would be handled because we are going to look for alternative quick funding for them,” he said.

On the Film Village, Okowa said tbat the state, as a movie hub in the country, was already partnering Nollywood, adding “in fact, it’s our conversation with them that resulted to this and strategically located because it is just located by the Leisure Park itself.

“It provides the needed environment for them to function properly and it’s going to be a place for all the actors and actresses in this country.

“They will wish to come in here because this is the first of its kind we have in the country as at today.”