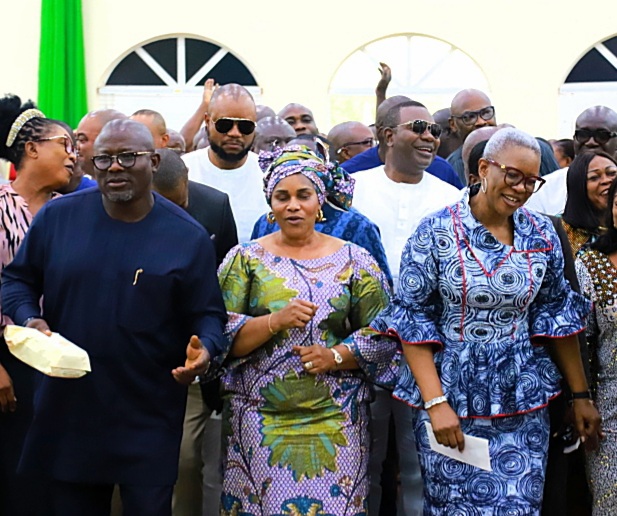 A special thanksgiving service was on Monday, held at the Government House Chapel, Asaba, to celebrate the victory of the Delta State Peoples Democratic Party (PDP) gubernatorial candidate, Rt. Hon. Sheriff Oborevwori at the Court of Appeal, Abuja Division.

Oborevwori had approached the Court of Appeal praying the appellate court to set aside the judgment of the lower court which nullified his governorship candidacy of the PDP in the state.

Speaking at the ceremony, Rt. Hon. Oborevwori who is also the Speaker of the state legislature, said he had come to the chapel to appreciate God for giving him victory.

He said that it was the Almighty God that gave him the victory at the Court, pointing out that the victory was for everybody in the state.

According to him, it is God that gives power, stressing that nobody can upturn what God had ordained.

While saying that Delta State is one, Oborevwori who is the man of the moment, said “by the grace of God, in 2023, we shall come here again (Government House Chapel) to give thanks to God.

“We have come here to give thanks to God for giving us victory. The victory is for everybody; it is God that gives power and nobody can upturn what God had ordained.

“When we came to the chapel to celebrate the 31st anniversary of the creation of Delta State last Saturday, I promised God that if He gives me victory at the Appeal Court, l shall come to the chapel to give thanks to Him,” he added.

The PDP gubernatorial candidate expressed profound appreciation to the governor’s wife for her strong support through prayers and for being solidly behind her husband.

At the ceremony, the Chaplain of Government House Chapel, Venerable Charles Osemenam harped on the importance of thanksgiving to God, even as he prayed for sustained peace and unity in the state.