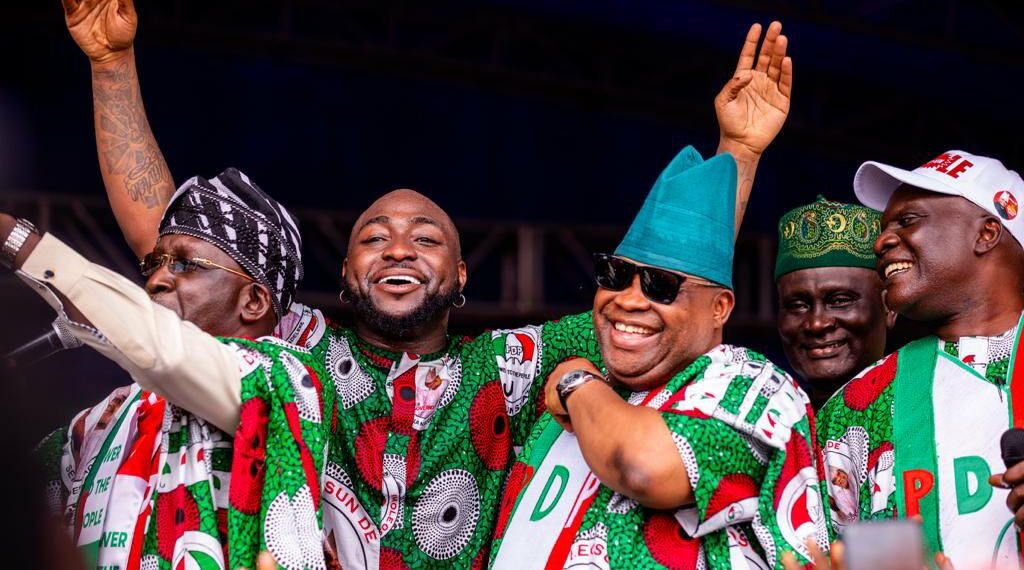 The Osun Independent Electoral Commission_ (OSIEC) has announced October 15, 2022 as the date for Local Government and Local Council Development Area elections across Osun State. According to the Commission, “all the inhibiting factors and circumstances against the conduct of the elections have been ameliorated.”

However, the Osun State Chapter of the Peoples’ Democratic Party_ (PDP) has vowed to boycott the elections because they would “be wasteful” as well as run afoul of “the provisions of Section 28 of the Electoral Act 2022.”

From the look of things, Osun PDP seems to be a lone ranger as other political parties have concluded plans to field candidates for the elections. According to the Inter-Party Advisory Council (IPAC), the ‘umbrella’ party “is just one out of 18 political parties in the state.” As such, “its action … neither affects the integrity nor the credibility of the scheduled elections.”

In the events leading to the January 27, 2018 LG elections, I had written an article, entitled ‘Osun and the gospel of parliamentary democracy’, to comment on Section 22 of the Local Government (Administration) Law Cap 72A, Vol. 4, Laws of Osun State 2002 (as amended) which at the time constitutionally ratified parliamentary system of government for Local Governments in the state. The law has now been repealed to pave the way for a new law. ‘The State of Osun Local Government Areas Creation and Administration Amendment no 5 Law 2022’ has returned the presidential system to local government administration in the state. A new law, ‘The Osun State Independent Electoral Commission Law 2022’ was also enacted to allow OSIEC to “have its own law to guide and regulate its conduct.”

Of a fact, Nigeria’s political trajectory from 1960 till date is one that has culminated in the current chaos, lack of development and all sorts of social malady in our society. They are all the combined results of the kind of politics we have played. For instance, instead of preaching fire and brimstone sermons, condemning the Constitution-backed polls, why can’t Osun PDP work at putting its house in order? For God’s sake, it’s less than two months that the party arguably won Osun governorship election. So, what has suddenly changed? If it is that solid on ground; and, if it indeed won the people’s hearts, then, it shouldn’t be difficult to replicate the wining magic; except there is more to it than it is willing to tell the masses. It makes no sense that the party is anxiety-stricken simply because the incumbent governor, whom its candidate just defeated, is planning an election. What if at the end of the ongoing litigations, the court rules that there should be a rerun of the last gubernatorial election, does it mean that Osun PDP is not so sure that it will win?

As for the legality or otherwise of the polls, let Osun PDP stop its terrifying screams and allow a court of competent jurisdiction to adjudicate on the matter. Essentially, instead of needlessly heating up the polity and expanding the frontiers of groundless rumours, it should tread the path of maturity. That’s how to make our democracy work!

While Osun PDP may be afraid of a woeful loss, should it partake of the elections, it is not in doubt that some members of the ruling party must have by now seen the folly of their contributions to the party’s uninspiring outing on July 16, 2022 and may want to tap into the anointing of the forthcoming exercise to salvage the situation. And we all know what that means!

Whichever way, Gboyega Oyetola remains the duly elected governor of Osun! Do the naysayers therefore expect him to sit down, idling away, without performing his roles as enshrined in the Constitution? If the PDP wants to wilfully task the tolerance of Section 7(1) of the 1999 Constitution or insult the collective intelligence of the judiciary as espoused by the Supreme Court judgments of May 7, 2021, why not allow the sitting government to ‘commit the error’ and wait for an opportune time to ‘torment the error’ in the law court? If the party wins, the elections will be upturned and thrown into the trash can for new elections a la Osun PDP specifications to be organized.

In any case, one can only hope that the government that’s planning the elections has also rectified the fault lines allegedly troubling the inner workings of the ruling party. Otherwise, let it be known that, even the Ogedengbe Agbogungboros of the ancient times would never go to war without consulting the oracles and plotting the maps. Wake Benjamin Franklin, Max Weber, even Aristotle up from their graves and one will be surprised that these philosophers would wish to learn at the feet of our revered Yoruba legends. It is rather sad that there are no vital documents detailing the war exploits of these brave and wonderful warriors. Otherwise, one would have realized that their prowess bellied the Franklins’. Sadder that their achievements died with them as a result of the level of civilization at the time!

All said, there is something about elections, and it is that they either bring along with them new orientations or entrench existing ones. In Nigeria, for example, once there is an election, expectations of assured benefits to the participants are always high. Matter-of-factly speaking, such stuffs not only encourage political participation but also give the participants a sense of belonging. The understanding or lack of this essential feature is usually a factor in winning or losing elections. For example, yours sincerely was in the Osun APC Media Situation Room for the governorship poll on August 9, 2014 when former Governor Bisi Akande phoned me to express his appreciation for my little efforts even as he advised on new tasks. It is therefore a statement of fact that the systemic management, accommodation and collaboration of efforts of all political functionaries go a long way in engendering significant cohesion.

If there’s no internal harmony, trouble looms! If the flow that gives the people a sense of belonging and encourages participation loses its rhyme and/or rhythm, then, success may be on a long trip. If cohesion is on strike, professional politicians will be on the prowl. One of the prominent features of such people is that they are neither permanent friends nor permanent enemies but agents of permanent interests. And those interests are for the sustenance of their respective families! Since nothing in our democratic settings or political practice points towards patriotism, they are propelled more by lust for power than by quest for service. They also depend more on dints of luck than instincts of gut.

Finally yet importantly, the nature of elections in Nigeria is one in which the people become hyperactive because they understand the game to the extent that, even, recruitment into the Independent National Electoral Commission (INEC) as ad hoc staff has now become an issue. Even, university professors are now part of it! So, who will tell a professor not to cut corners, especially, when he or she realizes how _Sections 65(2)(a), 106(c), 131(d) and 177(d) of the 1999 Constitution (as amended)_ have been tormenting the destinies of elections, even appointments into political offices in Nigeria?

May the Lamb of God, who takes away the sin of the world, grant us peace in Osun State!