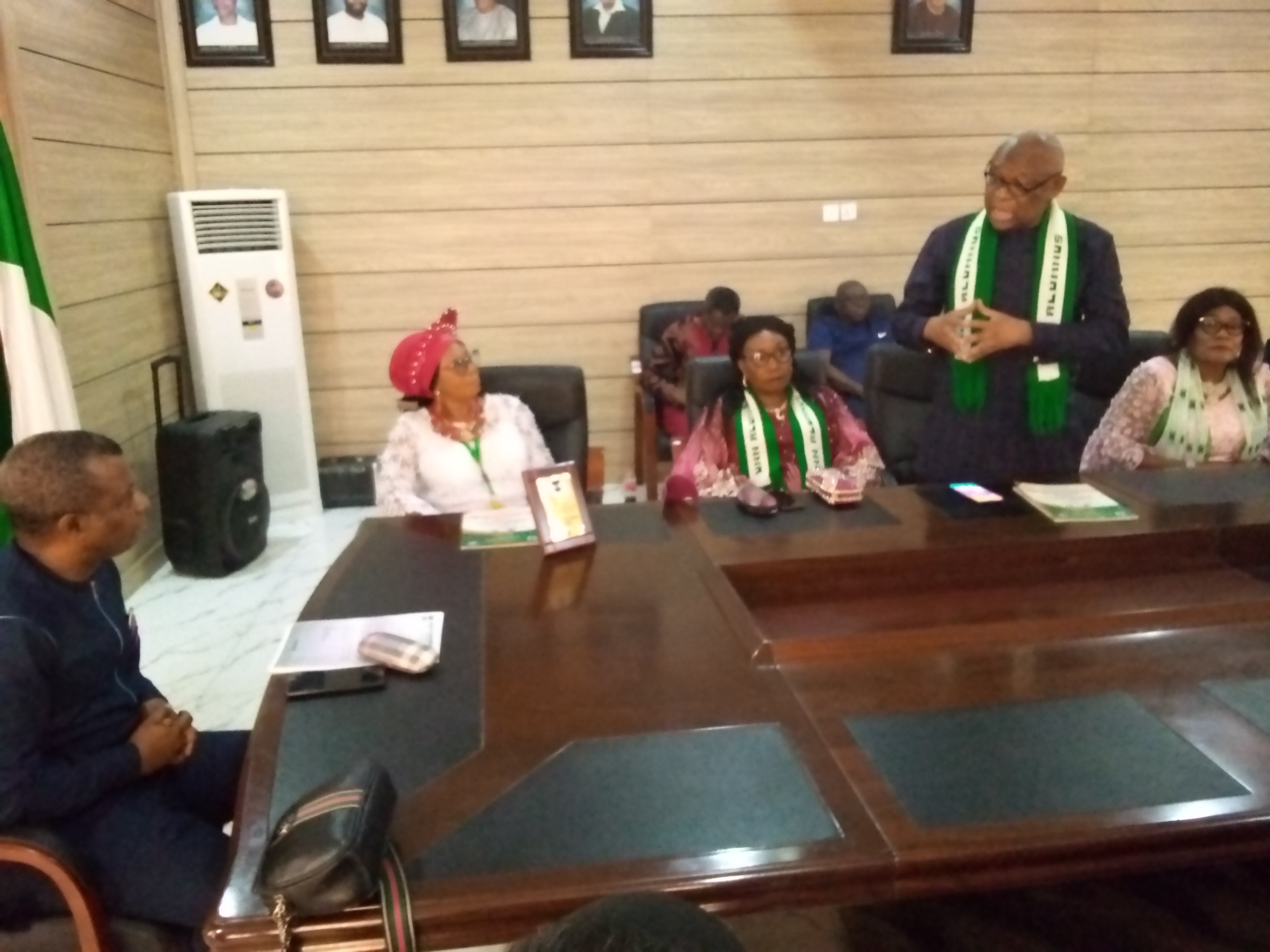 The Governing Board of the University of Nigeria, Nsukka (UNN) has been berated for interfering in the affairs of the Alumni association of the University, even as Lady Doris Okolo has been described as an impostor pretending to be the leader of the association.
This is the position of a group of the UNN Alumni Association that visited the management of the Federal Medical Centre (FMC), Asaba, Delta State.

Led by Dr. (Mrs) Linda Agua-Onyekwelu, president of the faction of the association, the group decried the interference of the university’s governing board, saying that the university has no right to interfer in the affairs of the Alumni association.

Barrister Louis Alozie, a Senior Advocate of Nigeria ( SAN) and civil rights activist, who is also leader of the Association in Owerri, Imo State said: ” Doris Okolo is not our president,” pointing out that “we don’t recognize her as our president.”

Blaming the crisis rocking the Global/National body of the University of Nigeria Nsukka Alumni Association (UNNAA) has been on the interest of the authority of the University in the affairs of the Association, Dr Agua-Onyekwelu led faction of UNNAA said on Thursday during the visit in solidarity with the Asaba Branch Chairman of the body, Dr. Milton Utomi, an employee of the hospital that this year’s National Executive Committee (NEC) meeting of the Association, hosted by the Asaba branch in August, was in session at the Admiralty University, Ibusa, when the Dr (Lady) Doris Okolo – led faction went viral and on air with a disclaimer, warning members and invited guests not to identify with the meeting.

Furtherance to an attempt to disparage the Linda Agua-Onyekwelu led faction and the Asaba branch, Dr (Lady) Doris Okolo last week led some executive members of her faction to FMC Asaba, where she reported Dr Utomi to the management for illegally hosting the NEC meeting and allegedly swindling the Association in the process.

But, while speaking on the crisis, Dr. Linda Agua-Onyekwelu told the FMC Asaba Medical Director, Dr. Victor Osiatuma, who was represented by the Chairman, Medical Advisory Committee of the hospital, Dr Emmanuel Ezunu, that one Dr. (Lady) Doris Okolo, parading herself as National President of UNNAA, was an imposter not known to Owerri branch where she claimed to belong.

Dr Agua-Onyekwelu explained that trouble started in the Association in 2019 after the tenure of the erstwhile National Chairman, Dr Andrew Oru, who worked hard and served without blemish to revive the body after over two decades of maladministration by past leaders of the old students’ group.

She said from then on, the Association had not known peace as the tenure of Sir Ben Okoronkwo, who succeeded Dr Oru, was characterized by inefficiency, high-handedness and lack of accountability, even as all attempts to hold a convention to elect new officers were scuttled by the University authority.

In his contribution, the National Legal Adviser and Owerri Branch President of UNNAA, Louis Alozie (SAN), said the Asaba Branch Chairman did nothing wrong and wondered why he had to be reported to his employer.

Mr Alozie, who promised to follow up on Dr Utomi”s matter, disclosed that the Owerri branch had issued a disclaimer distancing itself from Dr Doris Okolo and all she stood for with respect to UNNAA, adding that a legal action had been instituted against her faction of the UNNAA national executive.

In his remarks, the Chairman, Medical Advisory Committee (CMAC), Federal Medical Centre, Asaba, Dr Emmanuel Ezunu, thanked members of the foremost Alumni Association for coming to show solidarity with one of their own and urged them to seek ways to resolve the crisis in the Association and move on.