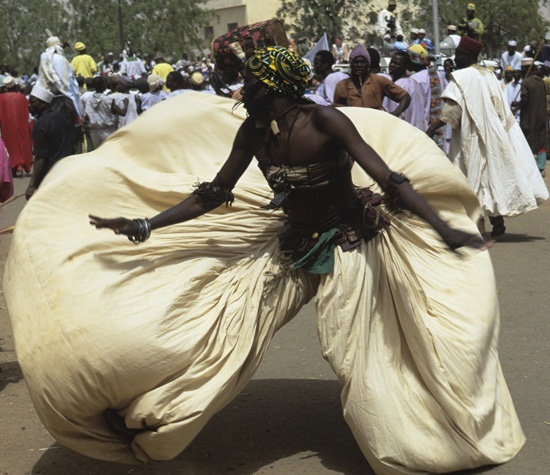 By Aliyu A. Ammani

Those following happenings in the social media could not have missed the debates and controversies generated by the rise in tribal identity consciousness among the Hausa in Nigeria. Identity among the Hausa has been suppressed by the mischievous use of the tag “Bamaguje”, masked by “Hausa-Fulani” and “Arewa” labels, and tacitly put to question over the years. Many people see in this increasing consciousness a threat to the coexistence between the Hausa and the Fulani, the two tribes that have been living together for centuries in Hausaland.

Series of conspiracy theories are churned out to explain the genesis of this resurgence on social media, most of which borders on the ridiculous. The conspiracy theorists appeared not to see the wood for the trees. There are two basic reasons behind the resurgence of interest in Hausa identity in Nigeria today.

First, the Bororo Fulani banditry in mainstream Hausaland on populations that are essentially Hausa, and its attendant destruction of lives and properties, maiming, looting, raping of women, kidnapping for ransom etc. Thousands of towns and villages across Hausaland were sacked. Communities of free law-abiding citizens forced back to the dark age of slavery; abled bodied men attacked and abducted, sometimes right inside mosques on Fridays. The perpetrators of these heinous crimes are always willing to tell the world that they are Fulani, fighting for Fulani against the Hausa. The reader can hear from the horse’s mouth in the following audio-visual documentaries available on YouTube: (i) BBC Africa Eye Documentary,“The Bandit Warlords of Zamfara”, (ii) Trust TV’s “Nigeria’s Banditry ‘The Inside Story’” and (iii) a video coverage of Dr Ahmad Gumi’s meeting with Zamfara bandits at Shinkafi.

Second, and most important, the attitude of city dwelling Fulani, including some notable traditional and religious leaders in Hausaland in the face of Bororo banditry. Instead of publicly dissociating themselves from the atrocities of the Bororo bandits or publicly declaring that terrorists like Bello Turji, Dogo Gide and Ado Aleru do not represent the Fulani; they seem more comfortable fabricating excuses for the bandits in tongue-in-cheek statements like “their cattle were rustled”, “traditional cattle routes were blocked by new farmlands and settlements”, “the Fulani are not in it alone; there are other tribes including the Hausa aiding and supporting them,” “the Fulani are neglected by the governments, …” etc. Not a single traditional ruler in mainstream Hausaland came out to publicly take an impartial stand as did the emir of Muri. Even Miyetti Allah, the Fulani association that is always quick to cry blue murder whenever the interest of the Bororo appeared threatened, appeared to lose its voice. Thus, projecting an impression that while Bororo Fulani are busy terrorising and destroying essentially Hausa populations and settlements; city Fulani are busy manufacturing and propagating excuses and justifications for the atrocities.

The Hausa, hitherto conditioned to accept that he has ‘his back covered’ by the Fulani, feels betrayed. With the scales falling off his eyes, he began to see the writing on the wall: “You are on Your Own”. This ignites the process that sparked the chain of reactions that we are now seeing on social media as the resurgence of interest in Hausa identity, what others see as the dissociation of Hausawa from the Fulani.

There is indeed the tendency that a reawakening of identity consciousness among the Hausa is capable of igniting an equal spark in Fulani identity among the almost “hausanised” Fulani in Hausaland. This could lead to an upsurge in identity politics among both groups, which could lead to extremism where elements from both tribes could begin to see and interpret processes and events on a “we versus them’ basis. Traces of such extremism are already visible. However, the possibility of such tendency should not be reason enough to deny the Hausa of their rights to tribal identity, association and aspirations, for the simple reason that other Nigerian tribes have been enjoying such rights without posing any threat to their coexistence with other tribes in Nigeria.

The upsurge in Hausa identity revival has started and cannot be stifled or halted, the genie is already out of the bottle. The question that begs for an answer is “which way forward”? The way forward is not in the identification and clamping down on the persons or group managing pro Hausa identity revival social media handles as is being suggested by some Islamic clerics across Northern Nigeria. This is more likely to compound rather than solve the problem. The solution is for the ‘organised Fulani front’ to confront and respectfully address the fears of the Hausa people (of a conspiracy to annihilate them), assure them and publicly dissociate the Fulani from the activities of terrorists like Bello Turji & Co, and commence the process of rebuilding mutual trust and respect between the Hausa and Fulani.

* Aliyu A. Ammani, wrote from Uunguwar Shanu Kaduna at aaammani@yahoo.co.uk