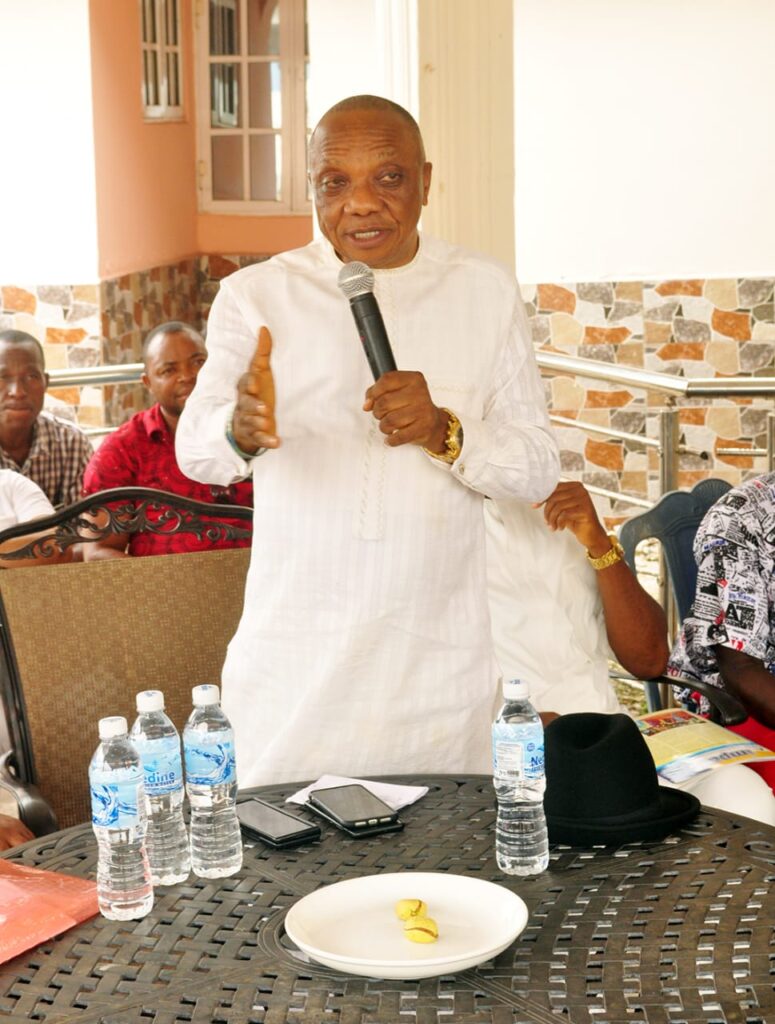 The Founder and President of FELD FOUNDATION, a People’s Democratic Party (PDP) chieftain, and strong supporter of the Atiku-Okowa presidential ticket, Hon. Paul Adingwupu, has charged members of the Foundation to broaden their scope in making life more meaningful to the less privileged and needy in the society through the Foundation’s empowerment, Scholarship and Loan disbursement. 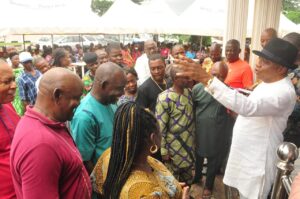 He stressed the need for “all hands to be on deck” to enhance the entrepreneurial creativity and ingenuity of the people at the grassroots with a view of reducing the unemployment rate in the country, which will in no small way sustain the economic development of the local government, the State and Nigeria in general.

Responding, the Chairman of the Foundation, Aniocha-South LGA Chapter, Mr Emeagwai Nwaebuni Daniel thanked the President and Founder for his vision and encouragement.

He informed him that over 17,000 persons and still counting, have befitted from the various empowerment programmes of the Foundation.

The LGA Chairman further informed the Founder that the Foundation has 20 wards with 17 member executives each as against the 14 wards in the LGA. This, he explained, is to accommodate many members, who are non indigenes resident in the various part of the LGA. 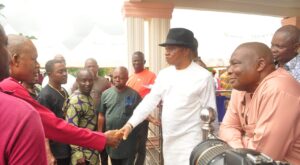 He therefore presented to the Founder the 20 Wards’ Executives made up of 17 members each and 50 leaders comprising elders of the Foundation and the LGA Executive Working Committee.

He also used the occasion to intimate the Founder of the intention of the Foundation to celebrate their 10th year anniversary in Aniocha-South Local Government Area in October this year, promising that “no stone will be left unturned “in ensuring that the less privileged and needy benefit from the Foundation’s programmes and vision.

The LGA Chairman further informed the Founder that over 400 leaders and executives of the Foundation drawn from all the wards and units in the local government area attended the meeting.