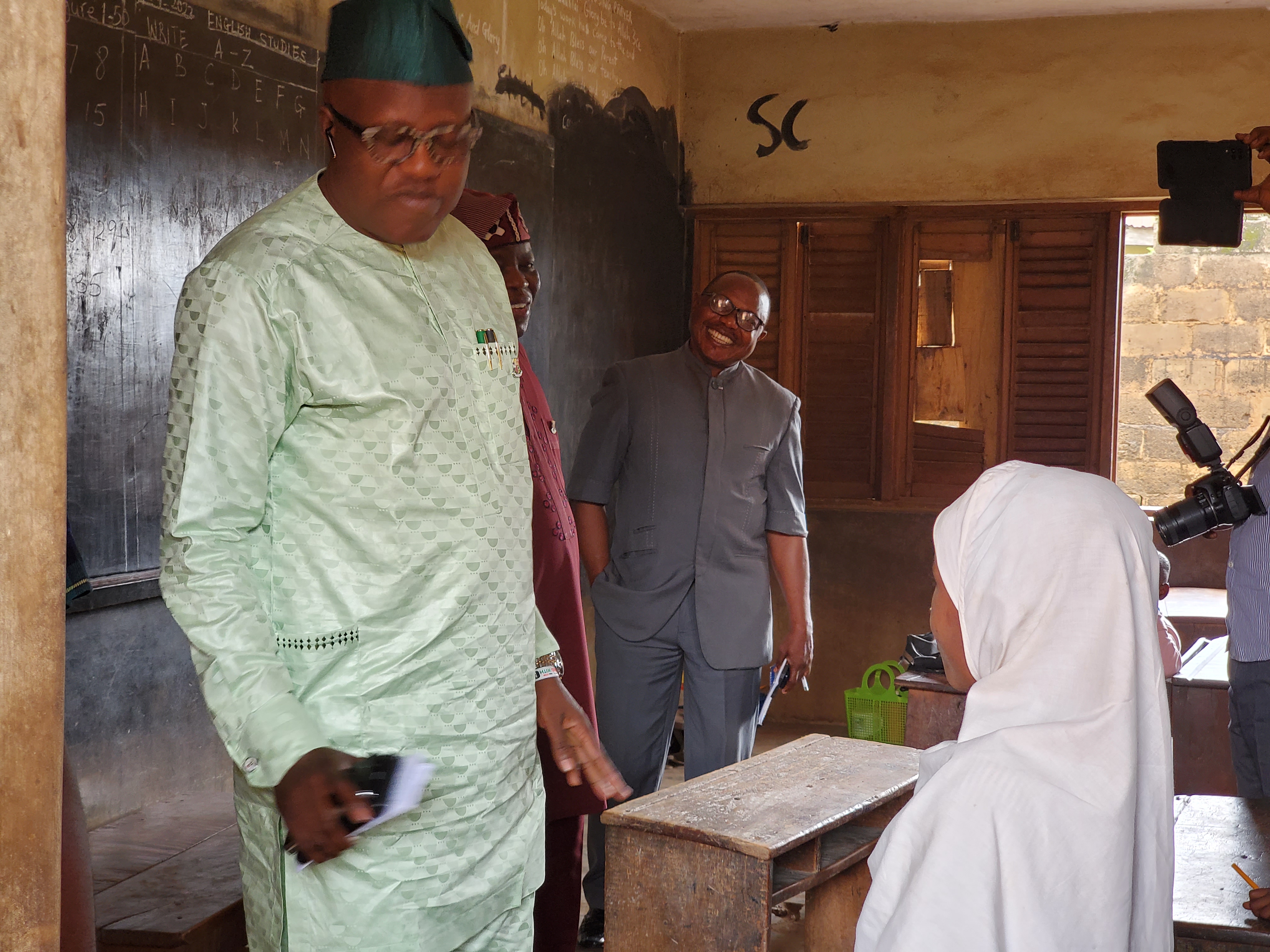 Speaking after monitoring some schools in the State, the Executive Chairman, Oyo State Universal Basic Education Board, Dr. Nureni Aderemi Adeniran appealed to parents and guardians to release their wards to resume school.

The Chairman said the Board monitored some schools in Ibadan, the State capital, to ascertain the preparedness of teachers and pupils for resumption of the new academic session in the state.

He also appealed to parents in the rural areas not to stop their children from attending schools because of market days.

“We are using this opportunity to appeal to parents and guardians, especially those in rural parts of the State, to release their wards to return to school,” Adeniran said.

“The exercise will continue in the other zones of the state. We visited some schools today, including those in remote areas, like Igbo-elerin in Lagelu LGA, and the turnout of pupils was not impressive.

Adeniran, who monitored the resumption in company of a Full Time member of the Board, Hon. Akeem Oladeji and some Directors, affirmed that teachers have commenced teaching in schools visited.

Adeniran said the essence of the exercise was to further motivate the teachers and pupils for improved performance.

He hinted that, while the State Government has invited bids for the renovation and construction of a storey building of ten classrooms in Islamic Mission Primary School, Odoye, Ibadan North, the Board will soon grant approval to a Federal Representative, who formally indicated interest to build a block of 3 classrooms in the same school.

Some of the schools visited by the team, among others include Islamic Mission School, 2 and 4, Odoye; IMG Basic School II, Oje-Igosun; Methodist Pry School, Age, Igbo-elerin; and IDC Sagbe, Pabi-ekun.

Meanwhile, the Commissioner for Education Science and Technology, Barrister Rahman Abiodun Abdu-Raheem has said the newly approved benchmark for the 2022 Joint Promotion Examination for Senior Secondary students transiting to the next class is 50 per cent.

He said that pass at credit level in either English Language or Mathematics and four (4) other relevant subjects in the area of study is sacrosanct for SS1 and SS2, expected to resume for 2022/2023 academic calendar on Monday 19th September 2022

The Commissioner also affirmed that the Oyo State Government is working earnestly on the payment of grants to schools and the development of infrastructures in schools throughout the State.