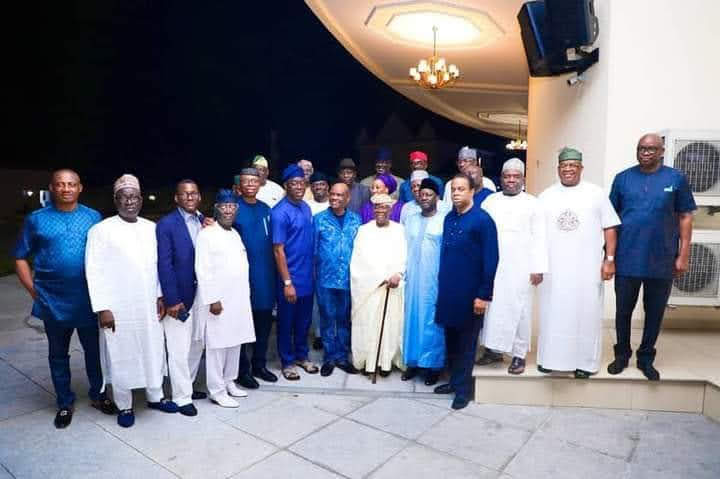 Gov Nyesom Wike of Rivers State and his team have pulled out of the PDP Presidential Campaign Council, in which most of them are members.

They insist on their consistent demand that National Chairman of the party, Senator Iyorcha Ayu must resign and pave way for an acting Chairman of Southern extraction to lead the party in the 2023 Elections campaign.

Rising from a meeting held at the Rumueprikom country home of the Rivers Governor, the PDP members sympathetic to Governor Wike’s position, including founding members, serving and former governors, former ministers, governoship candidates and other leaders of the party from across the country, declared in a resolution that the call for Senator Ayu to go was not negotiable, as his continued stay as national chairman undermined the constitution and unity of the party.

The group also accused Senator Ayu of compromise in the role he played during the conduct of the PDP Presidential Primaries, which held on May 28 and 29 and this accusation was echoed by former Governor Plateau State, Sen. Jonah Hang who said:

“For the national chairman to go and embrace Tambuwal, calling him the hero of the convention, which means there was a private arrangement that was done with Tambuwal to shortchange other contestants including Governor Wike. And here was a referee who now helped one of the sides to score a goal and then blew the whistle that a goal has been scored. This is not what we formed the PDP to do for Nigerians and therefore we unequivocally ask that Ayu has to step down”.

The group also pointed out that their support for Governor Wike was not because he lost the presidential Primaries or because he was not chosen as the Vice presidential candidate, but because of equity and justice in the PDP; a position which former Information Minister Prof Jerry Gana expressed thus:

“You cannot build on a faulty foundation, therefore this call for the Chairman to step down or resign is not because any of us is aggrieved, but because we believe that it is important to ensure a fair structure, a just structure, a principled structure, a constitutional structure for the party. If we want to restructure Nigeria, we should have the courage to restructure the party first.”

Governor Seyi Makinde of Oyo State, sums up the position of the group in his comments, when he admonished that “We hope that the powers that be will listen to the voice of reason and do the needful”