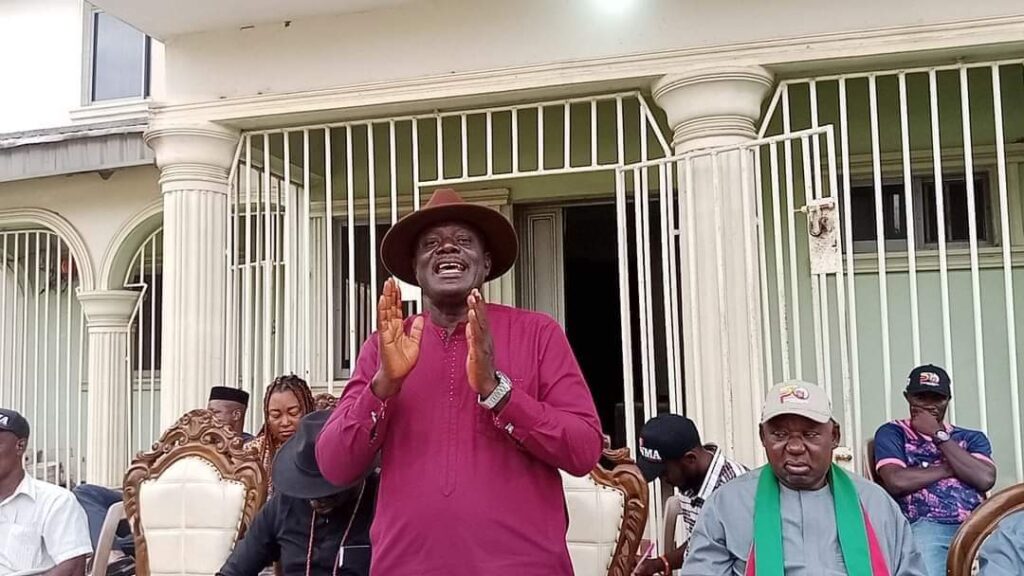 A group in Delta North with representatives in the Diaspora under the aegis of One Voice, Our Choice has endorsed the senatorial candidacy of Barrister Kennedy Kanma to represent Delta North in the national assembly.

The endorsement followed a resounding presentation of his plan for Anioma people and his readiness to champion accountability when he eventually emerges senator of the Federal Republic of Nigeria in 2023.

Barrister Kanma who carefully marshaled out his agenda to assist Peter Obi’s presidency to make a great success, revealed how he would tackle contractors who will execute projects in Delta North and ensure that no project is left unexecuted and no funds in whatever guise is diverted. 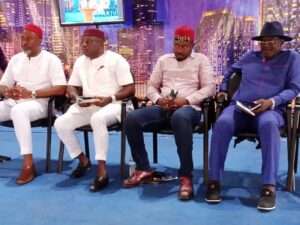 He shared pathetic stories of how Nigerian government officials and contractors connive to divert funds with bogus budgets. He said most of these projects are not executed and probes are not initiated against the contractors and the awarding agencies.

He decried known leakages in funds disbursement but painfully left unblocked by officials who are entrusted with such responsibility.

Kanma, who vowed to make sure things are done rightly, noted that he would pursue with vigour whatever concerns Delta North when he emerges senator for the zone. He touched thorny issues in the senatorial district which past and present representatives of the zone are glossing over.

He acknowledged the dam in Ogwashi Uku which has been declared completed but in reality it is abandoned project. He told the people that he cannot be senator and such a project that is dear to Aniocha/Oshimili people is abandoned.

According to him, as a senator representing Delta North, no contractor handling any federal government project in the region would be allowed to do a shoddy project and go away with it. He said he would ensure that any project that bears the name Delta North or Anioma nation must be executed according to specification.

On a national level, he said the issues of insecurity, poverty, hunger amidst plenty, kidnapping, injustice and others are results of lack of accountability in government.

He noted thus: “Insecurity is caused by lack of justice. Many have refused to obey the laws of the nation. If people who do wrong are made to face the law, if things are done rightly and things are put in their proper perspective, you will see that insecurity will reduce.

“Poverty in Nigeria is a result of the failure of government. The government fails to do what they are supposed to do. Things are not working because the government is not doing enough. The officials of government are not responsible to the people. If they were, everybody would have enough to eat and have a better life.

“The dam project in Ogwashi Uku was supposed to serve as source of irrigation, electricity and provide water for people around Aniocha/Oshimili. The dam is reported to have been completed but in actual sense it is abandoned.

“This is a failure of government. Our representatives do not take our matters as their concern. If things that are supposed to be done are done rightly you will see a difference in the lifestyle of the people. It is not that Nigeria does not have money, it is the problem of misappropriation of funds by government officials.

“As Labour Party legislator if I’m elected by the grace of God, we are going to pursue accountability in every sphere of governance. When there is accountability in governance, all these challenges will not arise. When you examine how much Nigeria government awards projects, it is multiple times the amount spent in many countries of the world.

“Labour Party is set to cancel the past and begin new things in a new way. If these things are not put in place, we cannot achieve our desired objective. A rail line in Lagos was awarded at the rate of 1.5billion dollars. That is a very good project. It was to begin at Okokomaiko in Lagos and end in Lagos Island.

“That is not the end of the bad government we have in Nigeria. If you examine that contract further you will find that the one in Nigeria is to carry only passengers that is why it is called light rail while the one in Ethiopa is to carry both passengers and cargo that is why it is called heavy rail. We are paying heavy amount for something less while Ethiopia is paying less for something great. These things are happening all over the system”

He also spoke of abandoned projects which are littering different parts of the country. This is even as money has been paid to the contractors.  For him, such cannot happen when he is senator for Delta North.

He said: “One thing I want to tell us is that me Ken Kanma, if I am in the senate and a contract is given to anybody pertaining to Delta North, I assure you it must be done according to specification.

“If people are not held accountable for what they do we will not have enough money to do other things. Anything that pertains to Delta North we will scrutinize it properly and ensure the right thing is done.

“Many contracts are awarded in this our district and they are abandoned because nobody cares. The role of your senator is to ensure that if a project is sited in our constituency, it should be followed up. If you are given a contract in Delta North and you want to use it for settlement it will not work because our duty is to ensure that the executive does what it is supposed to do.”

Speaking on his agenda for Anioma nation, he said “from the moment I decided to run for senate, I have planned that a great percentage of our focus will be on the human capital development of the people of Anioma land. I’m interested in moving people from poverty to prosperity.

Secretary of the organizing body, Mr. Augustine Nkwo, said the debate was put together to hear the programmes of the people contesting for various political offices in the area. He added that having listened to Barrister Kennedy Kanma, the body has endorsed him to represent Delta North in the 2023 senate.