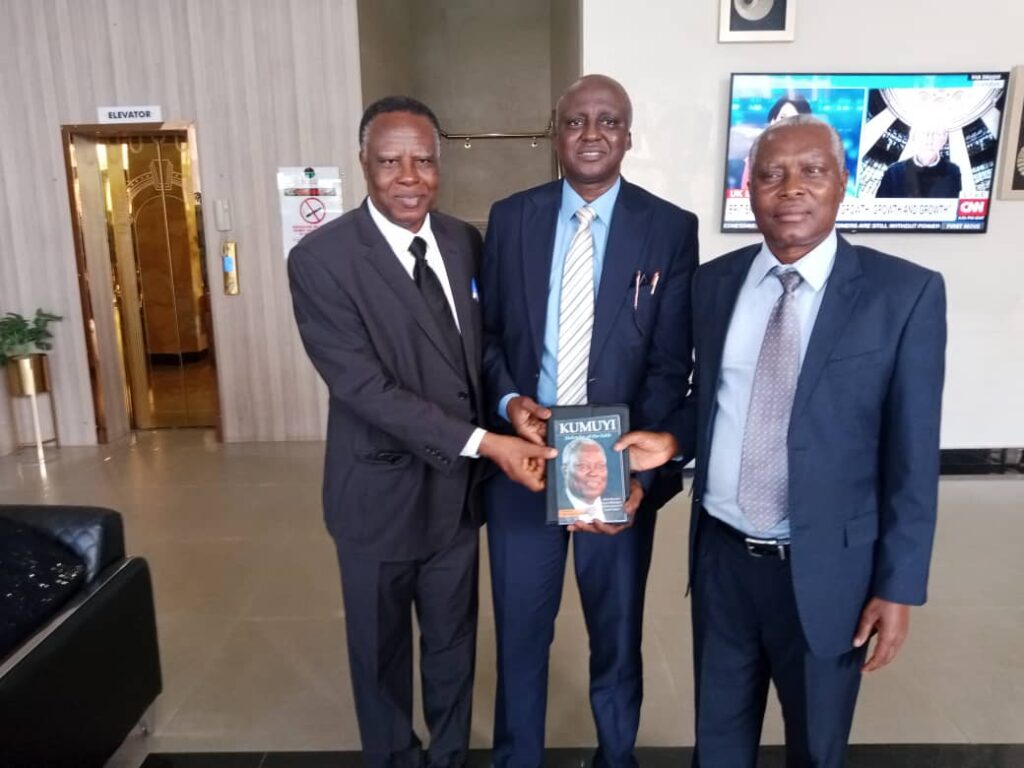 Delta South Overseer of the Deeper Life Bible Church, Pastor Pious Idume and his Delta North counterpart, Pastor Godwin Osabuohien have stated that the greatest achievement of Pastor William Kumuyi, the General Superintendent of the Deeper Christian Life Ministry is the great men he has raised who are standing and defending the Christian faith across the globe.

The two church leaders made the submission alongside Professor Ope-Davis Babatunde, one of the editorial board members of the book, “Kumuyi, Defender of the Faith”, during an interview session with journalists after the launch of the book in Asaba, the Delta state capital on Wednesday.

The two state overseers agreed that Pastor Kumuyi has raised men of faith that stand for God, defend the faith and carry the gospel to every nook and cranny of the world. They noted that Pastor kumuyi has given himself to be used by God to transform men and women and build nations and future leaders.

Pastor Osabuohien, who represented the General Superintendent in the event, said Pastor Kumuyi, a former lecturer at the University of Lagos and a global Christian leader is a man who has committed his life to raise men who are committed to transforming the world around them.

Speaking on the book, Kumuyi Defender of the Faith, Pastor Osabuohien said God inspired some leaders in the church and assisted them to put the book together. He said the book contained how Pastor Kumuyi started, how the ministry has blossomed and the impact he is making in the lives of people around the world.

Professor Ope-Davis Babatunde, one of the editorial board members of the book, said the book is a reference material for people who are eager to learn about Pastor Kumuyi. He said the book is a legacy project in libraries and that for generations to come “you can always make reference to the published material.”

Speaking on challenges the editorial board encountered in the course of the production, Professor Babatunde, who made a review of the book, said the first challenge was the fear of Pastor Kumuyi accepting the project and the second was sourcing the materials for its production.

Chairman of the book launch, Pastor Philip Enweazu, the Anioma region overseer, said the book which contains the biography of Kumuyi gives insight into Pastor Kumuyi’s disposition, his carriage, character, conviction and contribution to the national discourse.

Pastor Enweazu told the people that Pastor Kumuyi, in his teachings focuses on issues that would profit society and not dabbling into political matters that could heat up the polity. He added that Pastor Kumuyi speaks passionately to the Nigerian situation, where he raises the bar of morals for people in authority.

He said the lifestyle of Pastor Kumuyi should be emulated by all ministers of the gospel just as he said political comments should only be made if such comments please God and raise a citizenry that will be God-fearing, responsible members of the society and living a life with an assurance of a place in heaven.

Pastor Enweazu called on men of God to stand in the gap on behalf of nations for an enduring socio-political, economic and spiritual transformation.

The coordinator of the International Friendship League (IFL) a body of professionals in Deeper Life Bible Church who organized the event, Pastor Anslem Egwunatum, said books written about godly characters have inspired many readers and have drawn them to Christ.

He told the people who gathered for the event that “the book is a biography of Pastor Kumuyi, a man of our times that has given all to the service of God. His ministry gave rise to what is popularly known as Deeper Life Bible Church.”

He added: “Whatever status and accomplishment here on earth, we are incomplete without salvation and divine truth in us. This is not a replacement for the Bible but rather a pointer to it. The personality about which the book is written is not the saviour but rather his messenger and purveyor of his salvation message.

“Pastor Kumuyi, a faithful and dedicated servant of God has patterned his life after our Lord Jesus Christ and so his life is worth emulating and his message worth paying heed to.”

He therefore called on all to obtain and read the life transforming and enriching biography and let it spur them into action by giving their lives to Christ and be prepared for the coming of Christ.