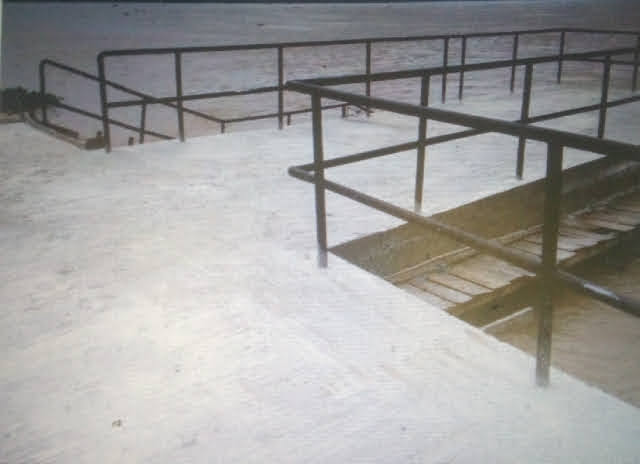 The Oko Landing Bay, one of the constituency projects attracted by the Minority Leader of the House of Representatives, Rt. Hon. Ndudi Elumelu, for the people of Oko community in Oshimili South local Government area, Delta State, has been completed.

The project, constructed and equipped by Gorrion Engineering, a reputable marine engineering company based in Port Harcourt, was completed  in September, in line with specifications, after three months duration.

The project is in consonance with the Minority Leader’s assurance and commitment, towards helping in opening the riverine communities in Oshimili South Local Government Area, through efficient and easy water transportation system in accordance with the Stronger Delta Agenda of the State Governor, Senator (Dr) Ifeanyi Okowa.

The Landing Bay is a 26 point landing jetty, with eight brand new 22 seater boats to shuttle between Oko and Asaba.

According to the Minority Leader,  Hon. Elumelu, who also represents Aniocha/Oshimili Federal constituency in the House of Representatives, arrangement is being concluded for the formal inauguration of the project by the Delta State Governor and PDP Vice-Presidential Candidate for the 2023 Presidential Election, Senator (Dr.) Ifeanyi Okowa, in no distant time.

Elumelu sympathized with the people of Oko and other communities in Oshimili South, Oshimili North, Aniocha South and Aniocha North, over the flooding that submerged some of the communities in the four local Government areas, occasioned by the heavy rains as predicted by meteorologists.

While assuring that efforts are being made to cushion the effects of the flooding on the people, Rt. Hon. Elumelu consoled families that lost their loved ones as a result of the disaster.

He commended the Delta State Government, for their efforts in ensuring that the effects of the natural disaster did not escalate beyond what is being seen, noting that Government’s proactive action through sensitization of the people, helped in no small measure to ameliorate the situation