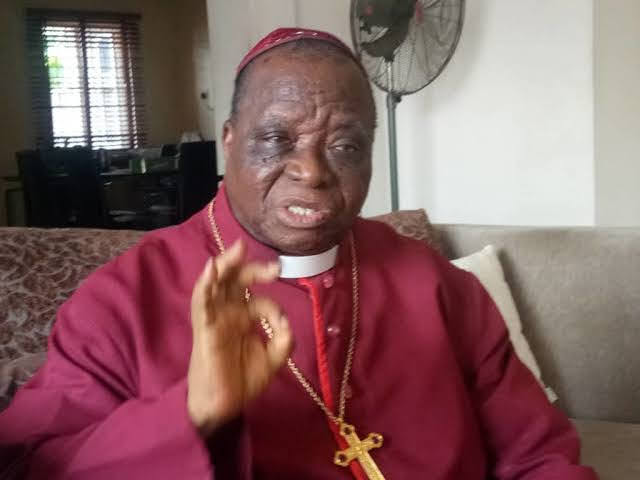 Macaulay mourns Archbishop Apena, says he was a General in God’s army

The Director General, Warri-Uvwie Development Agency, and one time Secretary to the Delta State Government (SSG), Comrade Ovuozourie Macaulay has expressed grief over the demise of the revered Archbishop Christian Ovwoma Aggrey Apena.

Apena, the first ordained Pentecostal Bishop in Delta State and founder and Chief Superintendent of Bethesda Gospel Mission International Inc., died at the age of 91.

In a condolence statement issued in Asaba, and signed by him, Macaulay recalled Apena’s immense contributions to the growth of the Christian community and manifest prominence in the development of the education sector in the defunct Bendel State.

He noted that after the creation of Delta State, late Apena continued to be a spring of peace and unity in the State as well as a rallying point for Christendom.

“He was a forthright, fearless and dedicated soldier of Christ whose sojourn for the Lord spanned about seven decades, winning souls for the kingdom of God even to the last day

“On a personal note, he was a father to me and many others particularly in Isoko, a stabilizing force who mentored many across the old Bendel State, and remained a source of unity until death visited.

“We should not be saddened by his demise but rejoice because like Apostle Paul said, Archbishop Apena has fought a good fight of faith and has gone to be with the Lord.

Macaulay prayed to God Almighty to grant the deceased eternal rest as well as give the family, the friends, the Church, the Isoko nation and the State, the fortitude to bear the loss.