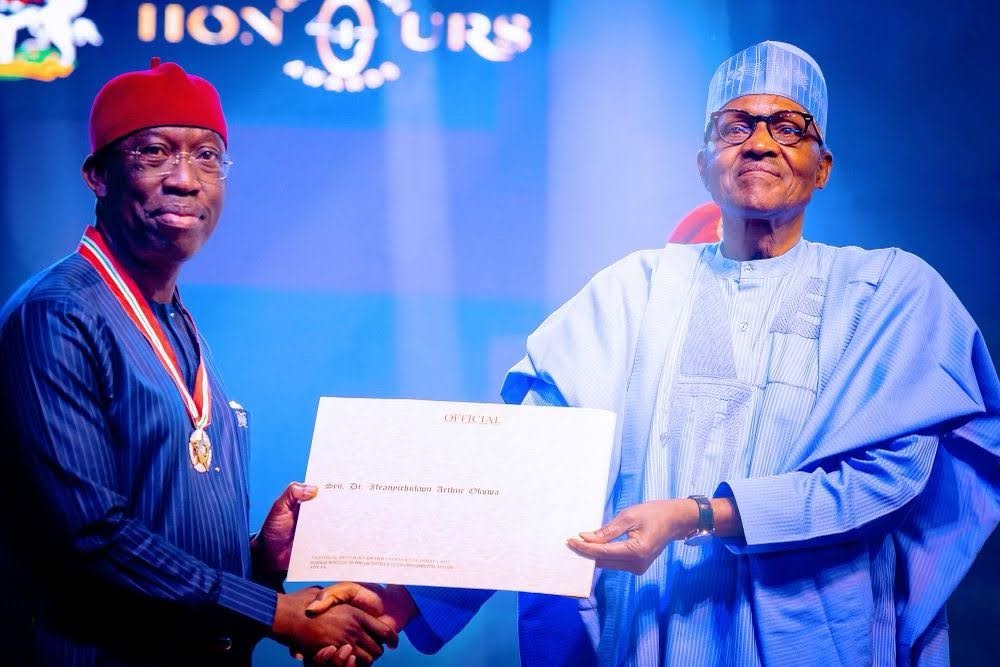 The Senior Political Adviser (SPOLAD) to Delta Governor and presidential running mate of the Peoples Democratic Party (PDP), Rt. Hon. Funkekeme Solomon, has described the national award of Commander of the Order of the Niger (CON) conferred on Senator (Dr.) Ifeanyi Arthur Okowa as one that affirms him as a gem primed to steer Nigeria out of the precipice alongside Alhaji Atiku Abubakar.

In a congratulatory message to the governor of Delta State who received the award in Abuja on Tuesday, Solomon said the timing of the award is divine, and testimony to the pivotal role Okowa is destined to play in rescuing the country under the auspices of the PDP.
“Since becoming the governor of Delta State seven years ago, Okowa has superintended the remarkable transformation of the state, especially in the areas of infrastructural and human capital development.
“At a time that our country is yearning for a new direction in the face of a failed administration, this award enables Nigerians to get an insight into the achievements of Okowa and know what to expect when he becomes the vice president”, Solomon stated.

He urged Nigerians to rally round the PDP by voting for Atiku Abubakar, its presidential candidate, and Okowa his running mate, to return the country back to the path of sustainable growth after years of economic regression under the All Progressives Congress (APC).

Gov. Okowa was among the 437 people honoured by President Muhammadu Buhari on Tuesday and was conferred with the prestigious Commander of the Order of the Niger (CON).