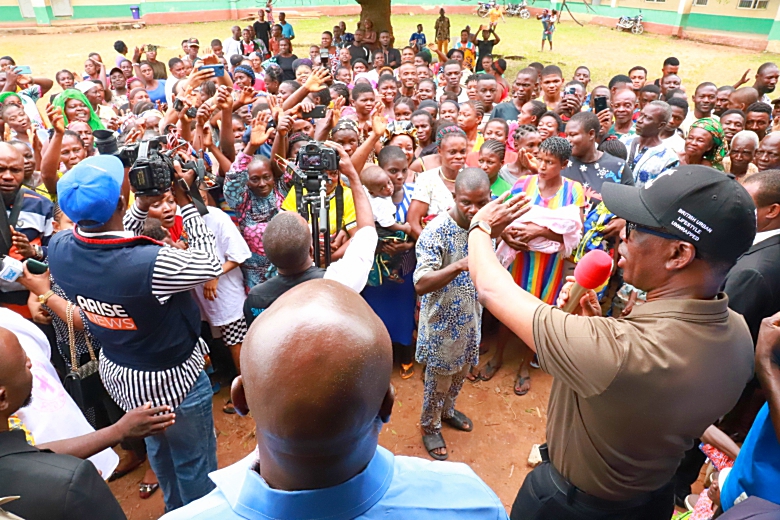 He also urged the government to make efforts at desilting River Niger and River Benue to deepen the depths of the rivers to accommodate high volume of flood water.

Okowa made the call when he visited flood victims at some Internally Displaced Persons (IDPs) camps in the state.

He told journalists in an interview at the end of the visit that the best way to end the loss of lives and valuables to flood was for the government to take proactive steps towards stalling perennial flooding each time neighbouring countries opened their dams.

While commiserating with families that lost persons and property to the flood, Okowa disclosed that five persons died in various communities, adding that 11 holding camps had been established to take care of those displaced by the flood.

To make the camps comfortable, he said that daily feeding of the IDPs was a priority, and that medical facilities and personnel were in various camps to take care of medical needs of the inmates to avoid possible outbreak of diseases. 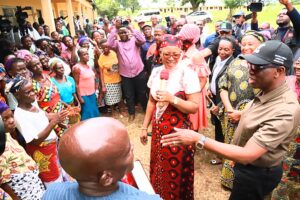 “I was informed by the SSG when the team briefed me yesterday that as a result of the flood, five deaths were recorded, although not inside the camps but across the state, and that is very unfortunate.

“We have 11 camps that are currently in place and some of them are in schools and some others are in high places in some locations where the schools have been overrun by the flood water.

“Climate change, obviously, is becoming very impactful globally and it is beginning to affect a lot of issues. The sea levels are rising and so is the water level.

“Another issue is the dam in Cameroon. It always causes a major overflow in our river. From the preliminary information I have, what could be done is to build our own holding dams here in Nigeria and a regular desilting of our rivers.

“And, that is not going to be the state government’s function. It is that of the Federal Government because of the type of dam that will be built across the river. So, it is going to be a major dam.

“So, I believe that it is important that the Federal Government will look into it very quickly and begin to start the process,” he stated.

Okowa affirmed that the PDP government that would, by the grace of God, be headed by Atiku Abubakar from 2023, would spare no effort in ensuring that the construction of dams and desilting of Rivers Niger and Benue got the desired attention because of the sufferings of Nigerians occasioned by flood.

“When we look at the pains that come to our people cumulatively as a result of the flood and the destruction it brings, it is so huge and runs into several billions.

“So, I think that it is something that the Federal Government would consider building a dam across River Niger to prevent this from happening and I believe that the PDP government under the watch of Atiku will truly take that as a priority.

“We are immediately taking care of the people in the camp, which is the first thing to do by providing food, security and healthcare for them here.

“They have been organised into groups and they are cooking for themselves and we ensure that there is regular supply of food items to cook. So, we are sure that they are not suffering from any form of hunger.

“We can see doctors and nurses here, living under the same conditions as the IDPs just to provide health care. In two of the camps, some pregnant women have already been delivered by the medical personnel.

“You can see that they are well taken care of. In previous years, after their return to their homes, we have always provided some form of assistance and we will also do so this year. We are always compassionate,” the governor said.

He called on donor agencies and well-spirited individuals to partner government in alleviating the plights of those affected by the flood, adding that his administration would give assistance to those in IDPs’ camps as soon as the flood was over.