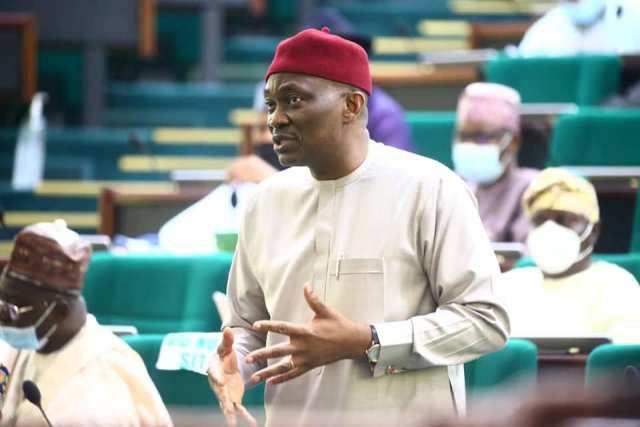 The Minority Caucus in the House of Representatives has condemned in strong teams the attack on Peoples Democratic Party (PDP) Presidential Campaign rally in Kaduna, on Monday, October 17, 2022 by thugs alleged to have been mobilized by certain interests in the All Progressives Congress (APC).

The Minority Caucus was seriously concerned by the unprovoked violent act against the PDP campaign, saying the attack was not only reprehensible but completely against the spirit and letter of the Peace Accord signed by political parties and their candidates in Abuja on September 28, 2022.

According to a statement on Tuesday October 18, 2022, by the Minority Leader of the House of Representatives, Rt. Hon. Ndudi Elumelu, the Caucus described the attack as thoughtless act of violence and warned that, if not immediately checked, such attack has the capacity of derailing the 2023 elections, truncate the nation’s democratic process as well as jeopardize the country’s national unity and corporate existence as a nation.

“It is therefore imperative that political parties and candidates must desist from such acts of desperation and embrace the course of democracy even in the face of unpopularity with the electorate.

“Our Caucus calls on the National Peace Committee to investigate the attack, issue appropriate penalties on culprits and take further steps to ensure strict adherence to the letters of the Peace Accord.

“The Caucus charges the security agencies to conduct a comprehensive investigation into the attack and ensure that the perpetrators and their sponsors are brought to book.

Security agencies are also urged to put all necessary machinery in place to ensure adequate security during the campaign and election period so as to guarantee peaceful, free, fair and credible 2023 general elections,” the Minority Caucus concluced