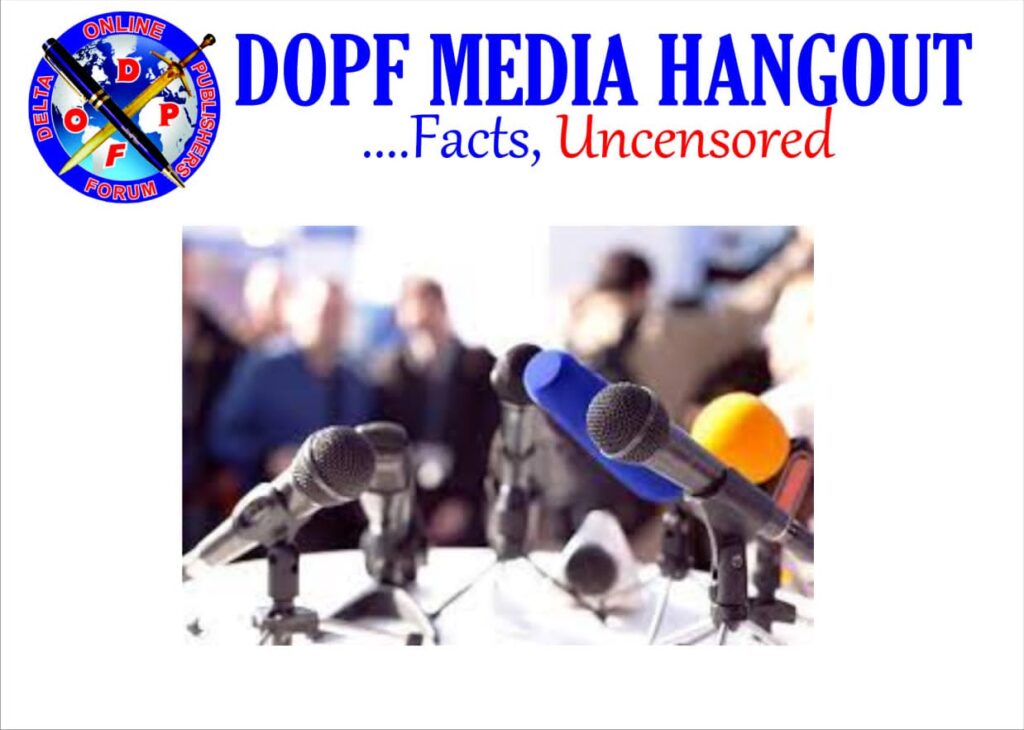 Journalists have bemoaned the recent action by the Federal Government, through the Nigerian Army to destroy the arrested oil vessel that was illegally loaded with stolen crude.

The journalists who were on a live programme of the Delta Online Publishers Forum, (DOPF), DOPF Media Hangout said the action of the military in destroying the arrested vessel, and the crude was criminal and a process of destroying pieces of evidence that would implicate those involved in the illegal business.

The journalists while appreciating the efforts of the contracts to protect the Nigerian oil industry, said solving the perennial issue of oil theft in the country, behoves on the security agencies to be above board in their efforts to protect Nigeria’s oil industry, instead of being complicit in the stealing of the nation’s crude oil.

They, however, frowned and disagreed with the Pipeline Surveillance Contractor, and the Military on the burning issue that burning stolen crude oil is in line with the laws, extant laws of Military engagement.

The panelists, therefore, called on the Federal Government to investigate activities and review legislations to prevent further economic losses, environmental hazards, degradation, pollution, disease outbreaks, and other environmental consequences as a result of the burning of stolen crude oil.

They further wondered why stolen crude oil and illegal pipelines are always discovered close to security checkpoints, as discovered by the Pipeline Surveillance Company, saying that this is not good for the image of the country, the military, and the Nigerian National Petroleum Corporation, (NNPC).

They however said the government should not relent in its efforts to bring the perpetrators to book, as the action of illegal operations of the oil vandals and crude oil thieves is greatly affecting the economy of Nigeria badly.

They also called on the Federal Government to rescind its Militarization of, and neglect of the Niger Delta Region; the development, and empowerment of Niger Delta indigenes, partnership with citizens, and Communities by the Military and Federal Government should be taken seriously, Security agencies, NNPC, and other top Government officials should avoid being complicit to oil theft menace, avoid aiding and abetting, and be sincere with Ogoni Clean up exercise.

The discussants contended finally that the Military and other Security agencies should be empowered by the Federal Government with modern aircraft and other modern security technologies to checkmate oil theft menace in Nigeria.