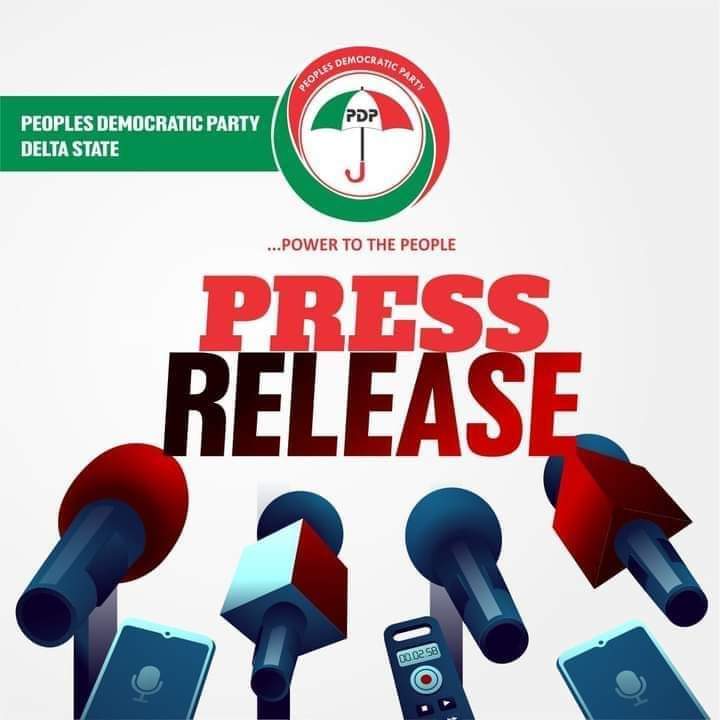 The joyous mood of celebration was conveyed and contained in a statement by the State Publicity Secretary Dr. Ifeanyi Osuoza, who noted emphatically that the long-drawn litigation over the matter of the Party’s authentic Gubernatorial candidate had initially given the opposition false hope but with the judgement now delivered by the Supreme Court and the matter fully settled, the PDP is now much stronger and will be more united and formidable going into the 2023 elections.

Dr. Osuoza’s statement, which described the judgement as victory for the Delta PDP family and further appealed to all party faithful, especially Olorogun David Edevbie, to close ranks and march with full confidence and authority, into the Party’s campaigns, which has already commenced with vigour, reads: “The Delta State PDP heartily rejoices with all our faithful, loyal and committed members of the PDP family, as we celebrate the Supreme Court judgement, which finally confirmed Rt. Hon. Sheriff Oborevwori, as our duly elected governorship candidate and party flagbearer, for the 2023 election.

“The litigation, which centred around the legal affirmation of our authentic Governorship candidate, had initially given fleeting but misplaced expectations to the fractured opposition APC, but their hopes have been comprehensively and completely dashed with the decisive judgement of the Supreme Court, which has now settled the matter once and for all.

“We congratulate all members of our great PDP Delta family over this massive judgement from the Supreme Court which has not only settled all doubts and disquiet in our party, but has most importantly, strengthened our position and resolve to embrace our campaigns with renewed energy and vigour, as we march towards victory in 2023.

“As we celebrate this very important landmark judgement which is a major family victory in the life of our party, we hereby appeal strongly and sincerely to all our members, especially Olorogun David Edevbie, to wholeheartedly embrace the Supreme Court’s decision, in our collective quest to build a most formidable campaign team that will not only decimate the opposition, but also deliver resounding landslide victories in all our elections, especially the Governorship poll.

“Now that the legal fireworks are over and done with, we call on all our loyal, committed, and unwavering party members, to come together as one big united family, sheath their swords and let bygones be bygones. Our ultimate goal now is to win the 2023 general elections in all positions and with everyone joining hands and all pulling in one definite, unwavering direction towards victory, we will be totally unbeatable and even more formidable, as the party of the people.