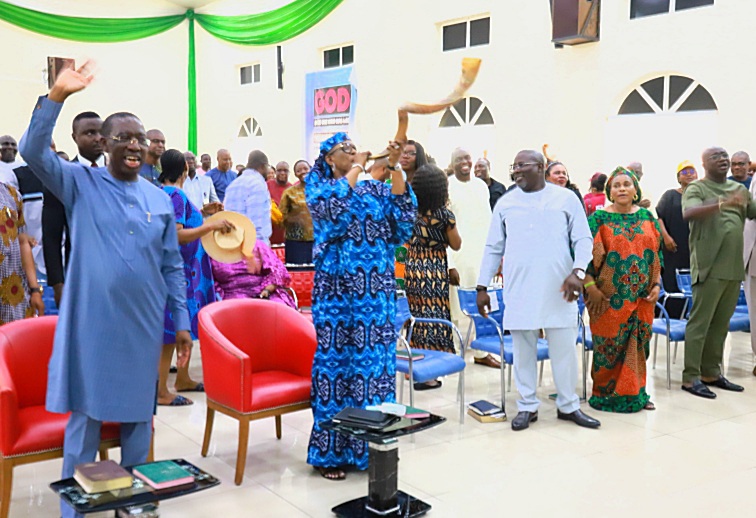 Delta Governor, Senator Ifeanyi Okowa, on Friday, charged Peoples Democratic Party (PDP) gubernatorial candidate in the state, Rt. Hon. Sheriff Oborevwori, to see his victory at the Supreme Court as a test of his preparedness for greater responsibilities in governance.

Okowa who is the Vice-Presidential Candidate of the Peoples Democratic Party (PDP), gave the charge in Asaba, at a special thanksgiving service to appreciate God for the resolution of the party’s gubernatorial candidacy of the party in the state by the apex court.

He noted that it was God who saw the gubernatorial candidate through the difficult stages of the court process, adding that he should always put God first in all his dealings.

“I am happy that I am present at this thanksgiving because I was away at the last one and I give all the glory to God for this.

The governor urged Oborevwori to be magnanimous in victory by carrying everybody along in the scheme of things, and appealed to members of PDP in the state to put their differences aside and work together for the collective interest of the party.

“We give thanks to God. One joy I have in my heart is that from the beginning, I knew that it was a battle of the altar, and I remained confident in God.

“There are many things that happen sometimes you almost begin to shake. But I know that since 2015, we have always prayed.

“And, I have always said that if any Governor is coming here and would not glorify the name of God in Heaven, Lord do not create a path way for that governor to come.

“This place is the altar of God; so, the altar in this Government House Chapel must remain alive. I pray that each and everyone of us will find the God that is in this altar because He is alive.

“As I congratulate Rt. Hon. Sheriff Oborevwori and his wife, the greatest joy you can give to me is that when you eventually get sworn in, you must make sure that the fire in this altar remains aglow,” he said.

Okowa said that his vice-presidential ambition would not in anyway hamper the developmental agenda of his administration, and called on Deltans to rally round him in advancing the Stronger Delta vision.

He lauded politicians and civil servants in the state for their input and sustained support towards the Stronger Delta vision, emphasising that there was need for them to redouble efforts in taking the state to a greater height.

The governor used the forum to call on Deltans to extend hands of fellowship to Internally Displaced Persons (IDPs) who are in 11 camps across the state as a result of flood that had wreaked havoc in parts of the state, affirming that his administration would spare no effort in making IDPs comfortable in the camps.

“I want to thank all of you who have been holding forth in the state, both politically and the government. I have not abandoned my duties, I am only on a multiple assignment.

“I was happy to see that they are well taken care of when I visited them. I thank the SSG and his team and all those who have supported the state government by donating foodstuffs and other materials,” Okowa added.

In an interview with journalists shortly after the victory thanksgiving service, the PDP gubernatorial candidate and Speaker of the State Legislature, Oborevwori, said that his victory at the apex court was for all Deltans, adding that there was no victor, no vanquished.

He said that the litigation that ended up at the Supreme Court was a family affair, and expressed hope that all the actors in the case and their supporters would soon join forces to enhance the electoral fortunes of PDP in the state and in the country.

“First of all, we have God, so we were sure of victory and this victory is for all of us in Delta State. I believe that my brothers on the other side will come and join us as a family in no distant time.

“And, I want to say with all due respect, that nobody is good enough to be my enemy neither do I have the ability to hate anybody. So, we are one as a family,” Oborevwori said.