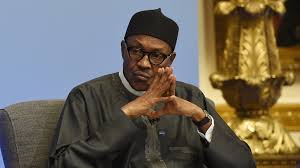 Lack of mandate knowledge by APC-led FG is why NDDC failed, says Okowa

Delta Governor and Vice-Presidential Candidate of the Peoples Democratic Party (PDP), Sen Dr Ifeanyi Okowa, on Saturday said Niger Delta Development Commission (NDDC) and other institutions of government failed under the All Progressives Congress (APC))-led Federal Government because they lacked knowledge of their mandate.

Okowa stated this in his remarks at the Edo State PDP Presidential Campaign held at the Samuel Ogbemudia Stadium, Benin City.

He said that PDP made a great choice in Atiku Abubakar as its presidential candidate because of his knowledge of governance and challenges bedevilling the country.

Okowa stressed that NDDC and other government agencies failed to deliver on their mandate for the people due largely to ignorance and ineptitude.

According to him, the PDP has made a great choice for the people of the Niger Delta because Atiku Abubakar understands the problems in the region.

“The NDDC was doing well but in the last seven years, we have not seen the hands of NDDC in our states because those who came in, the APC government, don’t know the purpose for which the NDDC was established.

“A lot of institutions that were established before the APC government came on board have not been put into effective use because the APC-led Federal Government don’t know how the institutions came about.

“The PDP government knows how to run the economy in such a manner that it will be good for all the youths and the women and for all Nigerians.

“Unfortunately, in the last seven and half years, our economy has been marred by hunger; it has been poverty and poverty and our people are unhappy and dying.

“We have brought a man, Atiku Abubakar, who we know is going to revive our economy and ensure that there is creation of more jobs so that our youths will be gainfully employed,” he said.

“He has promised us that he is going to devolve more power and more resources to every state government and to the local governments.

“This is what we need to develop our states. He is the only presidential candidate who is sincere to this and he has been talking about it.”

He affirmed that the people of the South South and the Niger Delta believed in Atiku’s capacity to deliver good governance for the people.

“l want to plead that all our youths should go forth and start to convince all other youths that the new Nigeria that we need is a Nigeria that will create hope for you and this will happen when Atiku Abubakar is President.

“To God be the glory, he has chosen one of us, myself, a son of the South South as his running mate. I want to reassure you that l am one of you and together we will work to deliver a new Nigeria for our people,” he stated.

Addressing the mammoth crowd at the stadium, the Presidential Candidate, Atiku Abubakar, pledged to partner the private sector in the provision of effective rail system in the country, if elected.

He outlined other specific areas of concern to include economic revival, adequate security, unity among Nigerians, devolution of power to states and local government councils, compulsory education, infrastructural transformation and other developmental challenges inhibiting the socio-economic growth of the nation.

He thanked the people of Edo for the massive votes given to the party in 2019 and charged them to redouble the feat in 2023 to enable them reap more dividends of democracy.

Abubakar reaffirmed that the PDP was on a rescue mission to address the monumental pains inflicted on Nigerians by the APC-led Federal Government from 2015.