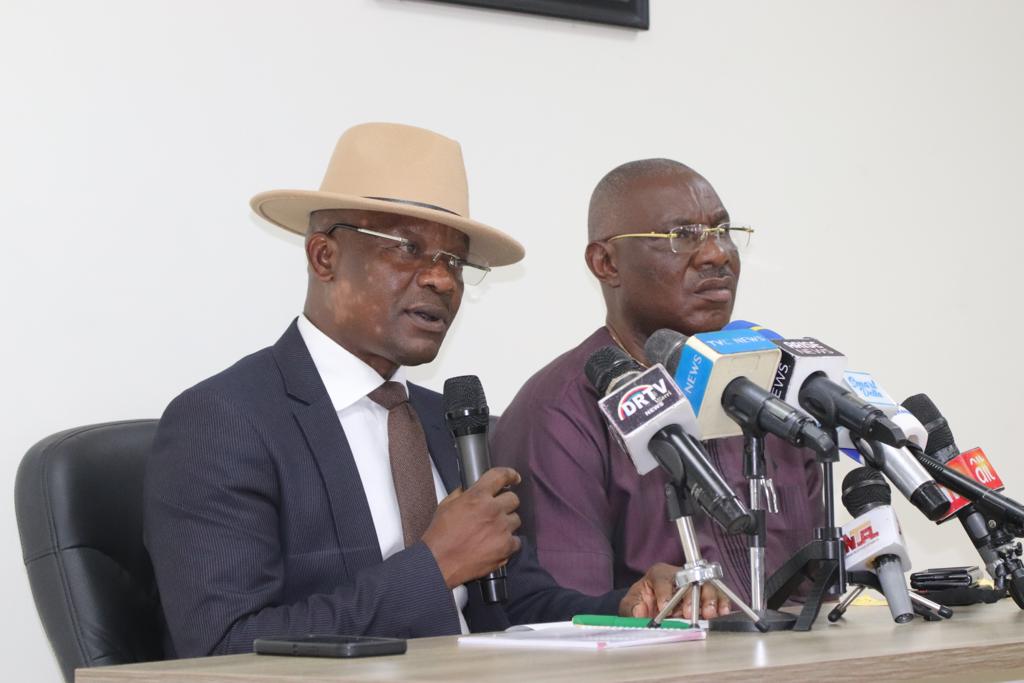 The Commissioner for Information, Mr Charles Aniagwu, at a news conference in Asaba said no amount of lies and propaganda deployed by the APC candidate would secure the governorship of the state for him and his failed party.

Aniagwu, who was with the Chief Press Secretary to the Governor, Mr Olisa Ifeajika, stated that the state government would not fold its hands and allow Omo-Agege to use lies and bogus promises to deceive Deltans into voting APC in the general elections.

He said that Nigerians were still grappling with the lies told by the APC to come to power in 2015 and would not allow the Deputy President of the Senate to deceive Deltans into voting a party that lacked leadership and governance skills.

According to him, the attitude of Omo-Agege is becoming worrisome even when we have advised him before to tell Deltans what he would do for them because we acknowledge that it is his democratic right to seek the office he is aspiring to occupy in 2023.

Aniagwu, however, said that “in doing so, it will not be wise for him to take for granted the intelligence of Deltans, because the best way to speak to Deltans is to tell them the truth.

“You cannot ride to occupy the Government House on the altar of lies because governance these days cannot be carried out the way they thought it was done in the past.

“You will recall in 2015 that the APC rode on a mantra of change and unfortunately every element of that change has turned out to be total lies.

“You are all witnesses to the fact that none of the things promised has been fulfilled; so, to want to deploy same old trick of well-laced lies and make them look like the truth to aspire to become the Governor of Delta is not acceptable to our people.”

On allegations of borrowing by the state government, the commissioner said Omo-Agege lacked requisite knowledge and credibility to question Governor Okowa on borrowing as he jointly superintends over a National Assembly that was notorious for approving frivolous loans to President Muhammadu Buhari-led APC Federal Government.

“If we want to talk about professionals in borrowing you will be talking about the APC-led Federal Government where Omo-Agege sits as number two in the Red Chamber where several billions of dollars were approved arbitrarily and borrowed even when they have not translated to the life, welfare and well-being of our people as Nigerians.

“The funds that we sought before now, we made it very clear the reason why we wanted to take the bridging finance facility because we had monies owed to us by the Federal Government.

“In order to move against the tide by ensuring that the fluctuations that characterised our economy, particularly our currency, does not catch up with what we were expected to earn.

“For all the loans we sought for we have always explained what we wanted to do with it and on this bridging finance we were very clear on the need for us tackle issues of pension and completion of some ongoing key projects,” he stated.

On another allegation that Okowa administration had no projects to show for the past seven years, Aniagwu slammed Omo-Agege for being economical with the truth.

He said there was peace in the state because the state government had taken development to hitherto abandoned oil-producing communities.

He challenged Omo-Agege to take a tour of communities in his local government, especially the Agbarho-Orherhe bridge and road, Arhagba-Orogun Township roads Ogbe-Ikolobie road, Imodje-Orogun road and the recently awarded Orogun bypass, all in his community.

“The Emevor-Orogun road recently approved by Exco is in the process of being awarded. Once in a while he flies into the Asaba Airport and he knows what we have done there; so, he cannot come and tell lies and think that will catapult him into the government house.

“Let him go and unfold his programmes because Deltans are very much informed for anyone to take them for a ride.

“Let him focus on his programmes and projects and if he must look at our direction let him stay on the path of facts becauss anybody who wants to govern Delta irrespective of political party must come with clean hands,” he stated.

On the successes recorded by Chief Government Ekpemupolo popularly known as Tompolo on oil theft, Aniagwu said it was a clear justification of the state government’s earlier position for the Federal Government to engage locals in the security of oil facilities and infrastructure.