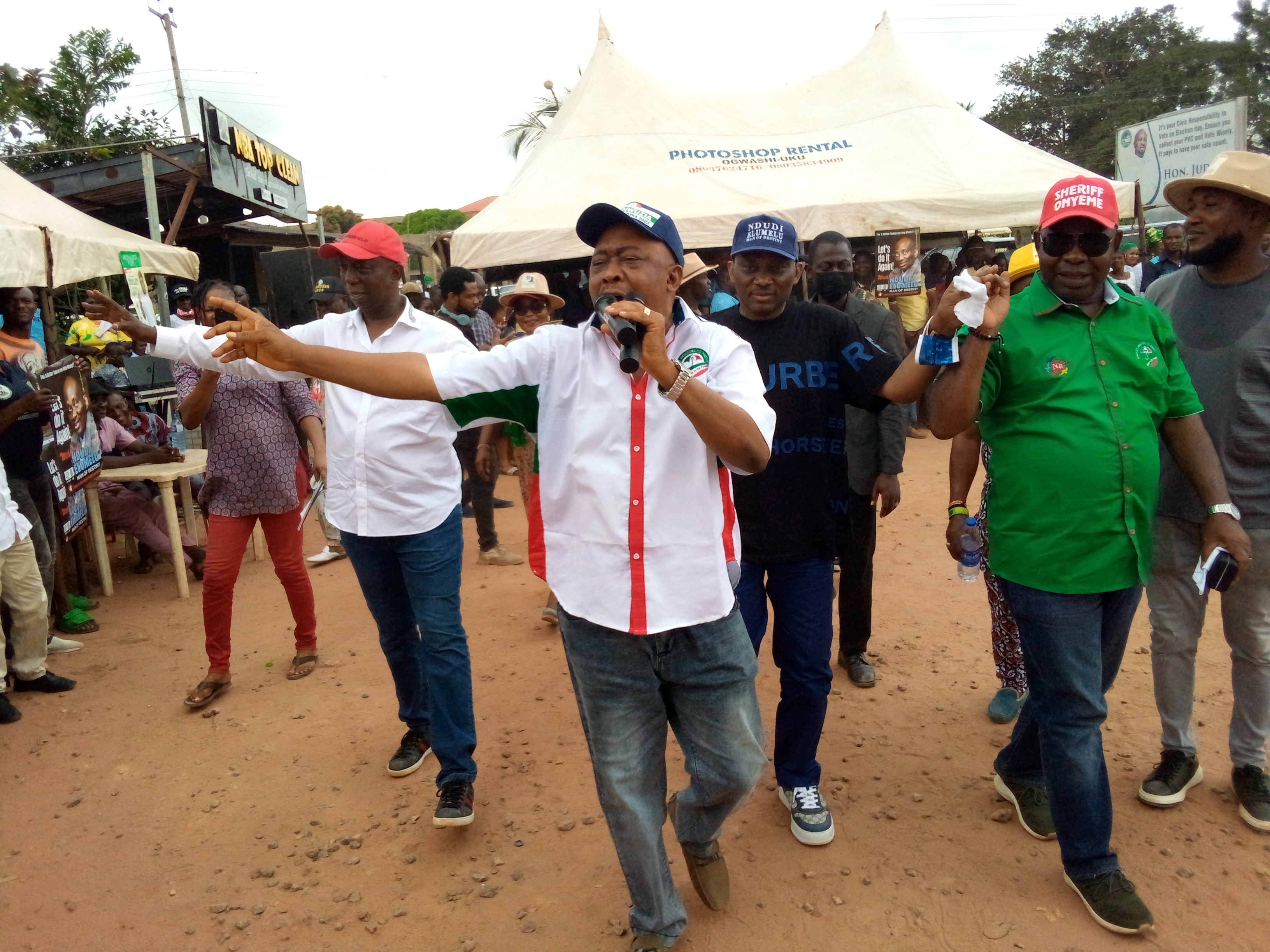 Ward Leaders, youths, traders, and amembers of the Hausa community in Aniocha South Local Government Area of Delta State have signed up with an assurance to mobilize for 100 percent votes for the Peoples Democratic Party (PDP) in the 2023 general elections.

Speaking at different times as the PDP Delta North Ward campaign train led by Elder Moses Iduh visited the Local Government Area on the second day, agreed with the Delta Deputy Governorship candidate of PDP, Sir Monday Onyeme that the All Progressives Congress (APC) like an expired drug has lost value, having become an expired party because of its abysmal performance in the governance of the country.

John Nwona, Chairman, Ward 1 at Azagba-Ogwashi, who described the Ward that is made up of seven communities as the ward of political gladiators said: "Ward 0ne of political gladiators is on red alert, even now, waiting for the election day, and to claim our victory, which we have been doing since 1999. The only language we speak and understand is five-over-five.
"I want to thank our amiable and hard-working Governor, Senator, Dr. Ifeanyi Okowa for clearing the road for us with the good projects he brought to our communities for our people. Even the widows are not left out of his dynamic ideas and valuable projects," Nwona said.
He continued: "Everywhere you go in the seven communities that make up Ward 1, the only political drum they are beating is PDP and Okowa. Our people believe that the only solution to our political, social, and economic problems in this country can only be solved by PDP. That is why this ward and other wards are PDP and we shall vote five-over-five for the party's candidates.
Communities in Ward one, includes: Edo Ogwashi, Otulu Ogwashi, Azagba Ogwashi, Isa Ogwashi, Aboh Ogwashi, Olor Ogwashi, and Olodu Ogwashi.

Delta North Party Chairman, Elder Moses Iduh told the congregants in each Ward that the Governor and PDP Vice-Presidential candidate, Senator, Dr. Ifeanyi Okowa would have loved to be here, but that he was attending PDP National campaign assignment. "He sends his greetings," Iduh said.

However, he told the people that it was necessary to vote 100 percent for candidates of the PDP, if only to reciprocate the good work that the PDP administration of the Governor has done in the State and Delta North.
Iduh said: "PDP needs your total votes. This is the first time in Nigeria's history that not just from Delta State, but from Delta North is producing the Vice-Presidential candidate of the party.
"Go from unit-to-unit and tell people that PDP is here to rebrand Nigeria and give hope back to Nigerians," Iduh said, pointing out that Anioma must give complete and overwhelming votes to the PDP because our son is the Vice-Presidential candidate.

At Ward 5, Ubulu-Uku, Rt. Hon. Onyemaechi took all the PDP candidates round supported by Elder Iduh, in a procession showcasing the candidates to the audience.