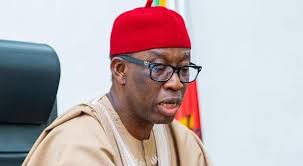 How Nigeria can grow SMEs, fight poverty through girl-child empowerment, by Okowa

Okowa who, stated this at a Business Breakfast where he was with the party’s Presidential Candidate, Alhaji Atiku Abubakar, in Abuja, said that girl-child empowerment was a veritable tool to rejig the almost comatose economy as results had shown the success rate of the girl-child in businesses.

The Delta Governor suggested that this success recorded in the state was made possible by the introduction of mentoring and monitoring programmes for the young entrepreneurs.

He said that Nigeria could benefit immensely from Delta’s success in its girls’ schemes by extending empowerment programmes to women and girl-child in the country.

“In Delta State, we have taken time to ensure that women became more visible in terms of entrepreneurship.

“We have a special programme to develop our girl-child – the Girl-Child Entrepreneurship and Skills Training Programme (GEST).

“I can confirm that since we started it, our success rate has been so high, very much unlike other programmes that governments have run in the past.

“We train them and ensure that they are properly processed and we provide them with starter-packs and we continue with mentoring and monitoring.

“As at the last time we did an analysis of the success rate, we had over 95 per cent success rate. The average success rate in government empowerment programmes is about 20-25 per cent.

“When we entered into the mentoring and monitoring programme in our several job creation outfits that we have, we went up to about 65 and 70 per cent.

“But when we selectively took the girl-child between the ages of 18 years and 30 years we found out that we could get success rate of over 95 per cent.

“So, if we pay special attention to the girl-child as our candidate Atiku Abubakar has spoken about, I am sure that we are going to turn around this country,” he said.

On ban on Cryptocurrency in the country by the APC administration, Okowa said the ban was not carried out in good faith.

“In my opinion, I don’t think the right thing was done; what they needed to do was to study the situation and educate our people more on it and put in regulatory processes that are workable and beneficial to our people and to the government.”

On Agricultural production and threat to food security by insecurity, Okowa said Atiku had offered a roadmap into the economic recovery of the nation to improve food production.

“Our presidential candidate has spoken a lot about it that we need to improve production and processing and we must ensure that we fight insecurity with all that is within us.

“The pathway is there and while other people are busy talking about so many things to solve insecurity, our candidate has said that beyond increasing the numbers there is need for training and welfare of our security personnel.

“There is the need for intelligence gathering and coordination to be able to do the right thing and we must be in touch with all the stakeholders including traditional rulers and governors.

“Obviously there is a need for better equipment and all of these are contained in his policy document – My Covenant with Nigerians.

“I know that he means it and he is one very humble and energetic Nigerian that is ready to work for the rescue and rebuilding of Nigeria,” Okowa stated.