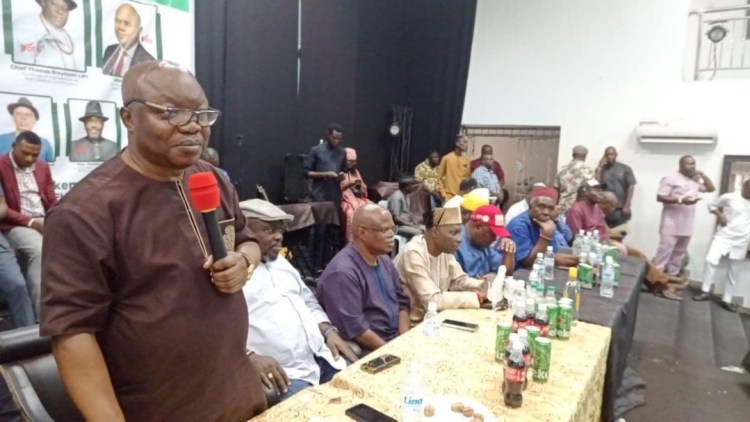 The immediate past Governor of Delta State, Dr. Emmanuel Uduaghan, has called on all leaders and members of the Peoples Democratic Party in the state to unite and work to ensure the victory of all candidates of the party in the 2023 elections.

Uduaghan who spoke at a meeting of Delta South leaders of the party held in his Warri home on Saturday, preparatory to the commencement of the ward to ward campaign in the district, pointed out that they stood to benefit more by supporting candidates of the party than any candidate of opposing parties.

In apparent reference to persons who may have some form of grievances and those who may have lost in the primaries, Uduaghan reminded them that he also had been interested in the Delta South Senatorial ticket but seeing that it is already with Hon Michael Diden (Ejele), it will be morally and spiritually wrong not to support him to victory.

“We must all come together and deliver our candidates, you can’t say the candidate is not my choice so I will not deliver him.

“I believe we will benefit more if we deliver our candidates than the candidates of another party. It is better to try and deliver your own,” he said.

Dr Uduaghan’s call re-echoes the earlier declaration by Chief Ighoyota Amori Thursday in Kokori when he informed that Chief James Onanefe Ibori is fully in support of Oborevwori as the candidate of the party, allaying the propaganda of the opposition party that the former Governor will move support for Omo-Agege in protest over the loss of his preferred candidate in the state gubernatorial primary.