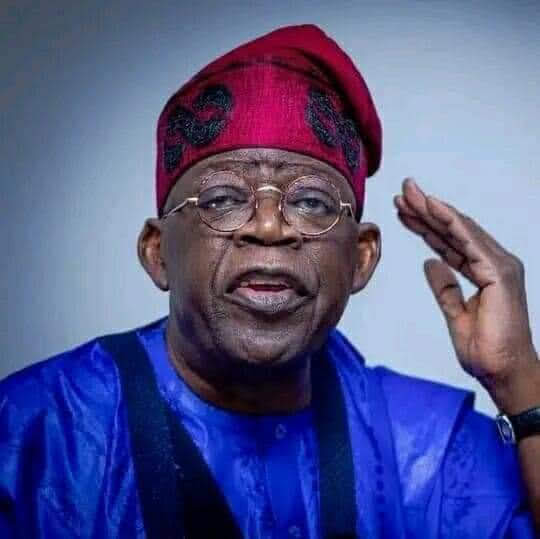 PERSPECTIVE – Will Tinubu’s drug story ever go away?

At every turn in Bola Tinubu’s political career since 1999, his drug story will rear its head, cause huge embarrassments and cast doubts on his suitability for the office he is seeking. Tinubu himself will recoil into his shell, remain taciturn, while well-paid spin doctors will tour media houses to explain the unfolding debacle.

I watched Festus Keyamo battle Seun Okinbaloye on Channels TV Wednesday, insulting, pummeling and intimidating Seun to accept the fact that Tinubu was not indicted for trafficking in drugs in the US, but only forfeited $460,000 to the US government as past due ‘’taxes’’.

I pitied Okinbaloye. No journalist should be insulted, bullied or intimidated for doing his job by a political spin doctor, and I have reached out to him, counselling him not to tolerate such an irresponsible behaviour from any of his guests going forward.

The Tinubu drug story is fairly familiar to Nigerians. A few months ago, I wrote an article titled “The moral burden of the Tinubu drug story’’. I urge the reader to search for this article online and read it. But a quick refresher is necessary here.

In 1993, the FBI investigated Tinubu and some Nigerians for heroine trafficking. While some were arrested, convicted and jailed, Tinubu himself forfeited $460,000 to the authorities because his bank account received huge deposits of money from some of the indicted felons, and because Tinubu could not explain what the lodgments were for. And because the funds were well above his legitimate earnings, he forfeited the money to the authorities without as much as a whimper.

The FBI had apparently suspected that the funds were proceeds of crime, but Tinubu was not prosecuted perhaps because they did not have compelling evidence against him.

There are three elements in this story that should interest Nigerians: First, Tinubu associated himself with drug dealers in the US; second, Tinubu received payments from at least one of them and third, Tinubu could not explain why he was paid the money and so, the authorities suspected that it was proceeds of crime and seized it, contrary to what Keyamo said on TV that the forfeited sum was a past due tax obligation that Tinubu didn’t pay. That can’t be correct. If Tinubu was found to have not paid his taxes, he would have been charged and convicted. Failure to pay tax is a serious crime in the US. But it is a standard procedure in many jurisdictions for the authorities to seize cash and assets from persons who cannot give a satisfactory account of how they earned such incomes or acquire such assets, provided the seizure is sanctioned by the court.

Prominent politically exposed persons like Mrs Patience Jonathan, Mrs Diezani Alison-Madueke and recently Senator Ike Ekweremadu have forfeited huge assets and cash to the federal government for failing to explain how they acquired them. The standard assumption is that if you cannot show or explain how you legitimately acquire extraordinary earnings, they must have been earned illegitimately or illegally.

Voters are now struggling with plenty questions in this drug saga: Is it morally appropriate for a man who had such close relationships with drug dealers, received huge payments from them and forfeited the funds to US government to be our President? How will the US authorities and other Western governments see Nigeria if Tinubu is President? A leading African country, which once sent troops to dethrone a corrupt African leader who was dealing in blood diamonds, being led by a man of doubtful pedigree. Does Nigeria not deserve higher standards in all facets of public office, conduct and behaviour than we currently have?

Is President Buhari, who is said to be a speckless specimen in the midst of many bad guys, aware of this drug story? What is his response? Is Tinubu still associated with these drug gangs or has he severed contacts with them? Is he himself a drug user or has he ever used these substances, given the tell-tale signs that are writ large all over him? As I wrote in my July article: ‘’What are the implications of a governing party nominating a man with such a sordid background as its presidential candidate?’’. Please read the implications in the piece.

Nigerians always admire the order, rule of law, the strict moral codes and high standards that govern public conduct overseas. We love to see the high standard with which public officials are held to account in Western countries, but we seem to be diffident and weak in dealing with decadent issues in our country. I am pleased that the Peter Obi Campaign has issued a statement demanding Tinubu to speak up on this matter, but where are the others? Where is Engr Rabiu Kwankwaso? I doubt that Atiku Abubarkar will utter a word on this because he too has some questions to answer. Nonetheless, others should not be quiet. Where are the civil society organizations like SERAP; Save Nigeria, etc? Where are our religious leaders? Why is Pastor Enoch Adeboye too quick to comment on the redesign of the Naira, but reticent about this Tinubu drug story? What of the fearless Bishop David Oyedepo and Bishop Mathew Kukah? Can’t they see the moral dimension of this story that won’t go away?

Tinubu’s decision to avoid addressing this drug story directly has harmed him irreparably. It fuels further speculations about his culpability and guilt. It reinforces the impression that he has something to hide. So far, he has skillfully avoided giving a one-on-one TV interview and has also stayed away from participating in many events where he might be scrutinized or pressed for answers. But for how long will he keep dodging? The fact remains that this drug story will never go away. It has become part of the Tinubu baggage and persona. Each time he seeks an elective office, the story will always pop up like sphinx, Nigerians will always have to confront the moral dilemma, and the candidate himself will always have a duty to explain what he did.