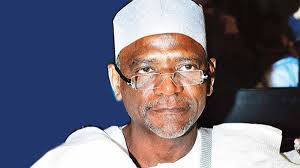 Towards the Federal Republic of Illiteracy

However, like other smart alecs, he exonerates himself. He, rather, blames the state governors for his manifest failure. Adamu said the main policy of the Buhari education programme was to pull: “children out of the street back to the school, but evidently, the actions of the state governments are pushing the children back to the streets.”

Adamu’s tale is that in 2016, he wrote a Ministerial Strategic Plan which he took to the Federal Executive Council requesting that a State-Of-Emergency in Education be declared especially at the lower level. He continued his story: “A decision couldn’t be taken on this because the issue of emergency in education at the level of primary school is a State Government responsibility.

“So, I was directed by the President to turn that into a memo for the National Economic Council which I did with the thinking that if the Council bought into it and the members are State Governors, it means it would just become a nationwide thing.” Let us assume, without conceding that this Adamu story of state governors truncating the education programme is true, how does this explain the case of the Federal Capital Territory, FCT controlled entirely by the Federal Government where the population of the out-of-school children under Adamu has dramatically increased?

The Executive power over the FCT in line with Section 302 of the constitution is vested in President Muhammadu Buhari who exercises it through the FCT Minister. So, if Adamu could not cut or eliminate the number of out-of-school children across the country because the state governors allegedly obstructed him, what about the FCT where the President is Governor?

Perhaps if Adamu and the government he serves had tackled this problem in the FCT, they could have held it up as a shiny example. But tragically, as the number of these hapless children, according to the United Nations Children Fund, UNICEF swelled from 10.1 million in 2021 to 18.5 million this year, the FCT and ten other states are responsible for this huge leap into illiteracy.

Unlike the Jonathan era, children today, in their thousands roam the streets of the FCT during school hours. This is a common sight in the satellite towns of the FCT. So, it is not entirely true that it is the state governors that have stalled the fight to drastically reduce the number of out-of-school children, rather, the main problem is the Buhari administration and its grossly incapable Education Minister who is ‘full of sound and fury, signifying nothing.’

I can further demonstrate the validity of this assertion by presenting another aspect of this issue which is entirely under the purview of this government and Minister Adamu. The 18.5 million out-of-school children in Nigeria today, include 3.5 million children from nomadic background. The Jonathan administration set out deliberately to eliminate this phenomenon by heavily investing human and material resources.

It built over 165 special schools specifically for the children of nomads. Some of these integrated schools, had integrated language laboratories and health clinics, free hostels and feeding. But with the advent of the Buhari administration and Adamu as Education Minister, almost all these schools were shut-down and the pupils pushed back to the streets to populate the out-of-school children.

Today, due to the inability of the government to protect our towns and villages, many of our people in the North have been forced out of their homes and with their children, have found refuge in the various Internally Displaced Persons, IDP camps in the FCT. These children are mainly out of school. What has stopped Minister Adamu and the Education Ministry under him ensuring that all the children in the IDP camps are in school being provided free education including books, uniforms and meals? Or are the state governors also responsible for this abandonment of the hapless and helpless?

When we move to tertiary education under Adamu’s ministerial suzerainty, we are confronted with failure on an unimaginable scale. The fact that public universities were shut-down for eight months this year partly due to Adamu’s insensitivity, inability to comprehend basic issues and grandstanding, is an undeniable testimony to the monumental failure he has turned out to be.

So monumental that even those of us with the same DNA as Adamu in journalism and column writing, could not stake our reputation to put in a word for him. In a sense, his admission of failure after seven years as minister, and given the fact that he has less than seven months to climb down from his ministerial mountain top, is a strategy to smoothen his return to earth. His self-confessed failure is not an honest assessment or admission; if it were, he would not blame others for his failures.

A principled man would have made an honest admission, apologised for the millions of souls his failure has affected, and bowed out. But since it is a poorly scripted drama piece, he declares he is a failure but sits in the same Ministry in his ministerial toga, enjoying the perquisites of office and adding to his unenviable records as Education minister.

At the weekend, the differences in the education standards between Britain and Nigeria were evident in the meeting of two men who are products of the same British education system. President Buhari, 79 who since becoming Nigerian President in May 2015, has cumulatively spent over seven months residing in Britain for medicals, visited 73-year old King Charles III.

During the visit, the latter jocularly asked Buhari whether he has a house in Britain. The satire was lost on the latter who thought the King meant a physical structure. Buhari himself recounts the encounter: “He (King Charles III) asked me whether I have a house here (in the UK), I said no. I live in Nigeria alone, the only house(s) I have are those I have (sic) before I got into government and I am not very much interested in having houses all over the place. I feel much freer when I have nothing.”

If Charles, as the sovereign head of Britain wants to know if Buhari has a physical house in the country, he does not need to ask him, all he needs is request the British government for such information. We need to urgently check the increasing number of out-of-school children, otherwise Nigeria would be marching towards a Federal Republic of Illiteracy.