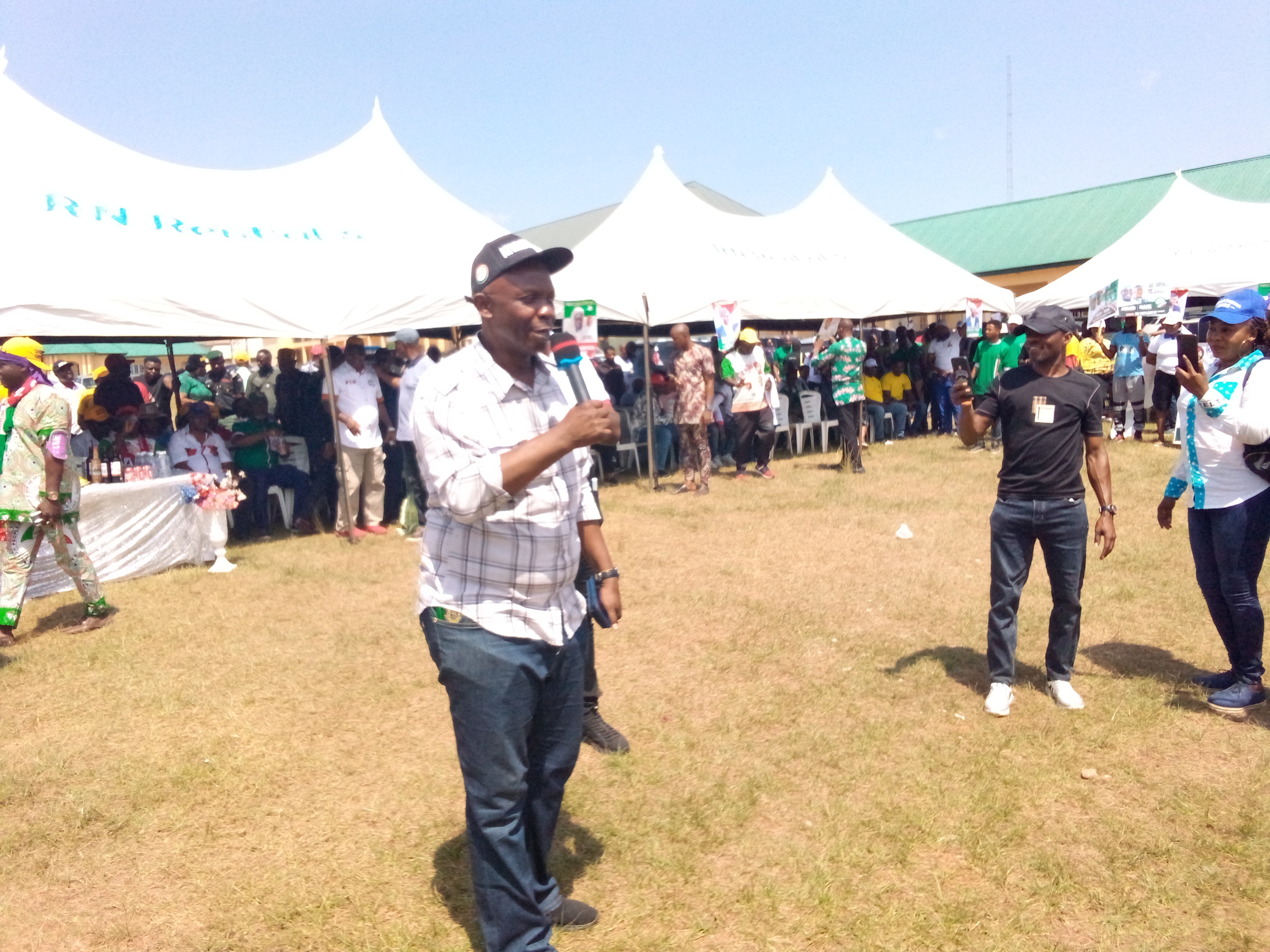 Youths in Ika South Local Government Area Wards of Delta State have declared total support for Peoples Democratic Party, PDP, with a pledge to work and vote for all the party’s candidates in the 2023 elections.

Similarly, members of the Igbo and Hausa communities in PDP Ward 6, at Agbornta also declared their support for PDP, and that they will vote for all the party’s candidates to give the party five-over-five votes in the elections.

The party faithful made the submissions at different times when the Moses Iduh-led Delta North PDP Ward campaign train hit the Local Government for the second day running on Tuesday.

They announced that their commitment to PDP, and decision to support and vote for all the Party’s candidates was to acknowledge the good work of Governor Ifeanyi Okowa, who is also the Vice-Presidential candidate of the party, for carrying them and their communities along in the governance of the State with his laudable programmes.

Community Youth leader at Ward 6, Agbornta, Mr. Sylvester Esemele said: “Okowa and PDP have done a lot for us in Agbornta. Previously, this road, Agbornta-Oki Road was impassable. But now, Okowa has done it and added street lights, such that the community is lighted up, thereby improving the commercial life of the people.

“We are thanking him for that and assuring him that because of what he has done for us, we are assuring him and the PDP five-over-five in all the elections. See, our youths are also progressing because they have benefitted from the various empowerment and skill acquisition programmes of the State Government.”

Also, Mr. Gabriel Ogbu, a businessman, and Chairman of the Igbo community in Agbornta Ward 6 said; Okowa is the reason Igbos in Agbornta will vote for PDP all-the-way.
He said this is because Okowa has done so much that has endeared him and PDP to Igbos in the community.

At Ward 7 Orogodo, on Okoh Street, Agbor, leader of the Hausa community, Saidu Makarfi, an amputee, who walks on crutches, while congratulating the campaign team for safe arrival called on all Nigerians who love good things to embrace and vote for PDP, and lamented the unacceptable condition of things in the Country.

With a heavy heart, he called attention to the deplorable state of the Uromi-Agbor Road, pointing out terrible things are happening on that road as the road has become a death trap.

While thanking Saidu for coming up with his observation on Uromi-Agbor Road, Delta North PDP Chairman, Elder Iduh quickly reminded him that the road in question is a Federal road and which the Federal Government has neglected. Iduh said: “That is why we are asking people to vote for PDP. I hope you are aware that all Federal roads in Delta State are bad.”

Iduh told the people that the Nigeria of today is like a hopeless place, but that come 2023, hope for remaking and resetting the Country is only in PDP.

He told the people to hold their ground firmly for PDP and never yield it to any other party.
“Our campaign is easy because of the good Governor Okowa has done,” he said.

On the campaign trail were the PDP candidates, Prince Ned Nwoko, the Senatorial candidate, Hon. Victor Nwokolo, House of Representatives candidate, Sir Monday Onyeme, Deputy Governorship candidate and Hon. Festus Okoh, the House of Assembly candidate all of who urged the people to join in the mission to rescue Nigeria by voting massively for the Atiku-Okowa ticket and all other candidates of the party in the pattern of five-over-five.