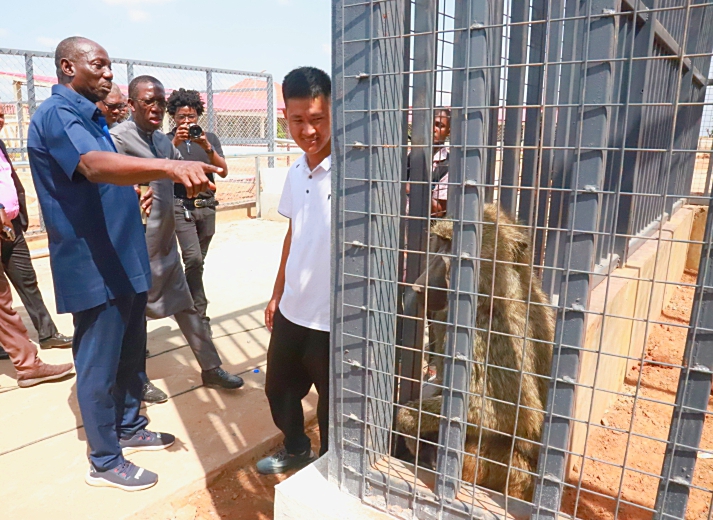 Delta Governor and Vice Presidential Candidate of the Peoples Democratic Party (PDP), Senator (Dr) Ifeanyi Okowa on Tuesday, said his administration has accessed N30 billion out of the N150 billion that it applied for from a financial institution under the ‘Bridging Finance’ facility.

Okowa disclosed this while answering questions from journalists shortly after inspecting the Koka flyover and Interchange, Stephen Keshi Stadium, the Leisure Park and Film Village as well as the Dennis Osadebey University, all in Asaba.

He said N25 billion out of the N30 billion ‘Bridging Finance’ loan already accessed by the state government had been deployed into some ongoing projects while the remaining N5 billion was channeled into the payment of pensioners in the Bureau for State Pensions and the Local Government Pensions Bureau.

According to him, local government pensioners were not under the state’s purview, adding that the money (N2.5 billion) was given to them as grant from the state government.

“On the Bridging Finance, as at today, we have only been able to access N30 billion of it and we have deployed it into various projects.

“We also have directed that N2.5 billion from that N30 billion be given to Bureau for State Pension and a grant of N2.5 billion to the Local Government Pension Bureau to help offset pensioners’ debt.

“Local Government Pensioners are not under us but it is assistance in grants to help soften the monies being owed local government pensioners,” Okowa said.

On the level of work at the Stephen Keshi Stadium, the governor said he was impressed with the pace of work and called on the contracting firm to redouble efforts so as to complete the various projects before November 24, this year.

He said Delta was set to host the National Sports Festival without any hitch, stressing that the upgrade of sporting facilities in the stadium was to meet international standards and advised those peddling fake news on the collapsed structure to base their reports on facts and not hearsay.

“We were also at the stadium and a lot of work is going on there. They have reassured me that they would be out of that place by the 24th of November.

“And I pray that they are able to do that because the games would start on the 30th of November. We are able to see the main bowl and the tracks that are being replaced.

“You also noticed that the swimming pools, the main one and the warm up one have gone very far. There is also additional spectator’s stand which I am told will be ready in another week from today.

“The two indoor sports halls are where I have my fears but I have been reassured that by the 24th of November, they would both be ready for the games,” the governor said.

At the Dennis Osadebey University, the governor commended the contracting firms handling various projects in the institution for maintaining standard, pointing out that the vision of his administration was to ensure that the state owned tertiary institutions surpassed other universities in the country in terms of infrastructure and quality manpower.

‘We have also seen the Faculty of Agriculture building and the auditoriums, 500 seater and the two 250 seaters. They have informed me that by the end of the year, they should be through with the project.

“By the end of December, Dennis Osadebey University will be wearing a new look. You recall that when it was approved as a university, it looked more like a secondary school.

“But the difference is gradually being seen today. As we walked past, we could see that the Vice Chancellor and his team have moved into the administrative building which was just completed,” he added.

On the Koka flyover and interchange and the Asaba Leisure Park and Film Village, Okowa said the projects would be ready for use before the end of the year.

He said the Koka flyover and interchange would, on completion, address the perennial human and vehicular traffic at the Koka Junction while the Leisure Park and Film Village would stimulate sustainable tourism development in the state capital.

Deflating the opinion of those who said nothing has been done in the riverine communities, the PDP Vice Presidential Candidate reeled out major projects executed by his administration to include construction of roads, bridges and other infrastructure that had brought a new dawn to oil bearing communities.

“The opposition will always look for something to say. I have heard them say that nothing has been done in Asaba and even Delta State as a whole.

“And I begin to wonder if they are blind or they have not gone round Delta State. Some of these things could be very annoying and most times, I do not respond to them.

“But occasionally, one needs to. I have just been briefed that the oppositions are trying to go to the riverine areas to see if some of the projects I have mentioned are true.

“And you all know that these projects are true because you travel with me. The Vice President of this country has also come several times, to inaugurate projects deep down in the rivers,” the governor said.

He, therefore, advised critics to uphold integrity and truth in their campaigns, affirming that nothing would derail him from attracting equal development to all parts of the state.

The Governor was conducted round the various projects by the representatives of the contracting firms as well as some members of the State Executive Council.