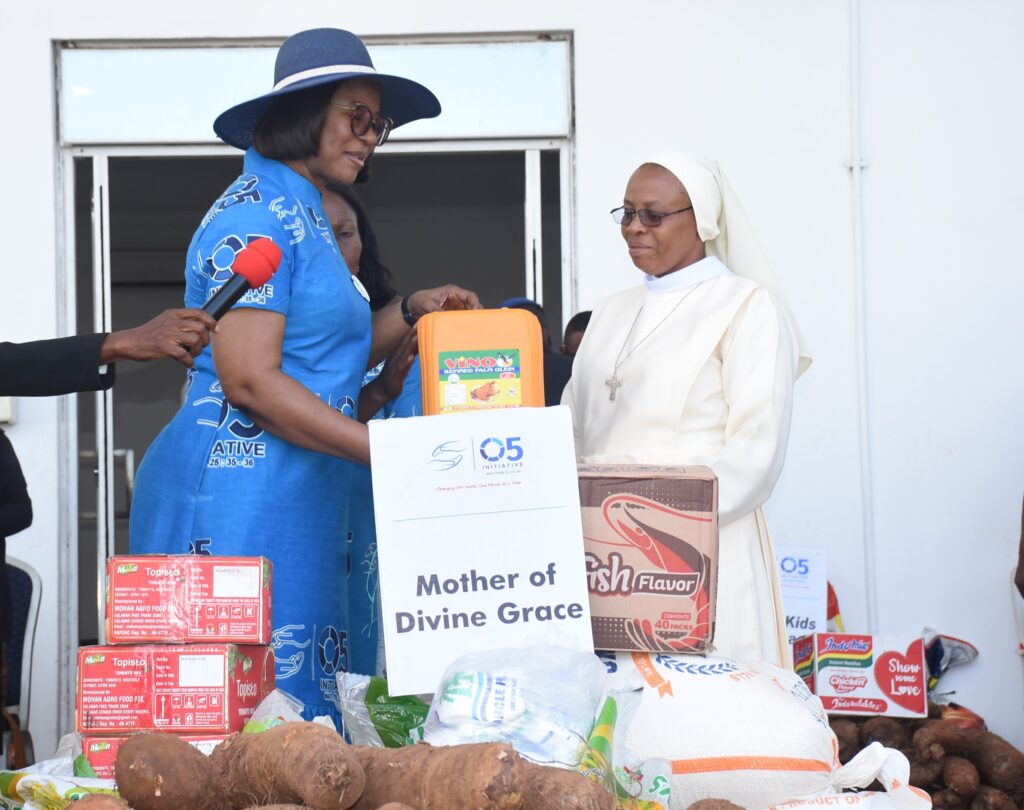 The food items which were presented at the Government House, Asaba included bags of rice, bags of beans, tubers of yam, palm oil, noodles and others. Representatives of the homes were present to receive the items from the governor’s wife.

During the presentation of the items, she called on mothers, caregivers and others to continue to do good to people, especially to children who might not be able to repay them back.

Dame Okowa said the day was set aside by the United Nations to honour Mother Theresa who showed love to the less privileged children during her lifetime. She said the day is dedicated to her because of her good works.

She said the day is to evaluate the way we treat children both in our homes and society generally. She added that the reason we are alive is that God needed us to serve humanity.

She declared: “We should keep doing good. Whatever good you are doing, keep doing it. Do not mind what you hear or what you see. What people say about us should not deter us from doing good.

“Let’s continue to spread love everywhere we find ourselves. There’s a reward for all we do for God.”

The governor’s wife who said the November 2022 edition is the seventh since the commencement of the programme in 2016, noted that God has been faithful to the 05 Initiative through which needs of children have been met.

She commended the contribution of Jim Ovia, Chairman of Zenith Bank, Dr. Victor Osiatuma, Chief Medical Director of Federal Medical Director, Asaba and others who have been of help to the uplift of the less privileged in the state.

Earlier, Venerable Charles Osemene, Chaplain of the Government House Chapel, had admonished well meaning Nigerians to show love to orphans and the less privileged people around them.

Taking his leading text from James chapter 1 verse 27, Venerable Osemene titled his short setmon “Show Some Love, Show Some Care.” In the teaching, he advised caregivers in orphanage homes not to exploit the children but care for them.

He said some caregivers exploit the children, take advantage of them and abuse them. He said what belongs to them most times do not get to them. This, he said, is wrong.

He said rather than exploit and take advantage of them, “we should should show love, care for them, encourage them and add joy to their lives.”