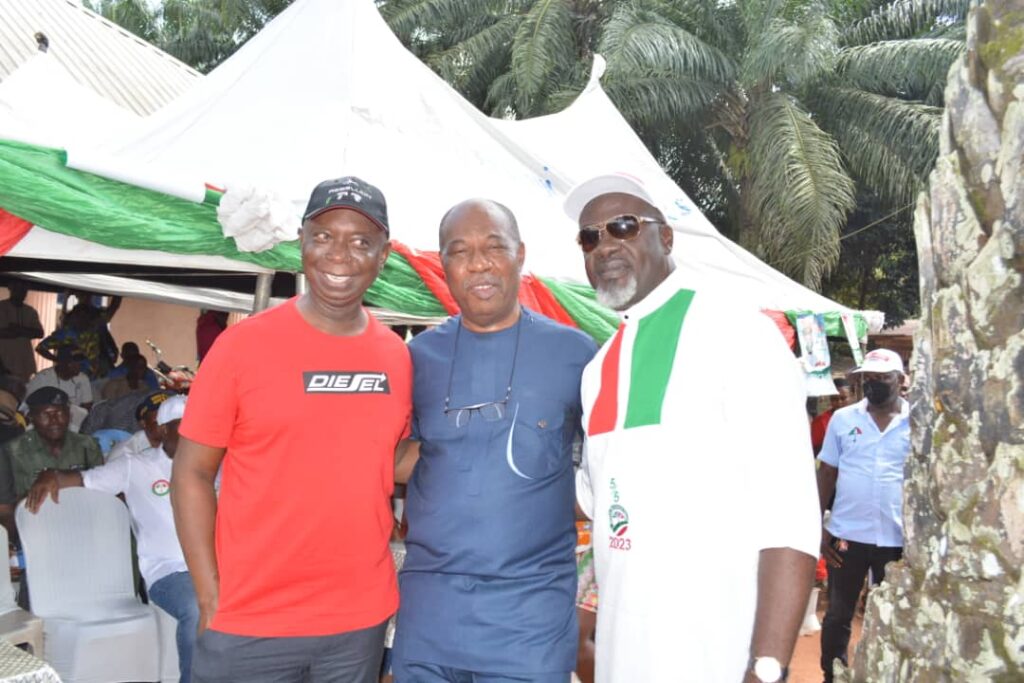 Politics without bitterness played out today, Thursday November 17, 2022 as the PDP Delta North senatorial candidate Prince Ned Nwoko campaigned along with his rival in the May 23, 2022 party’s senatorial primary, Hon. Paul Oseji.

It was an emotional spectacle at Igbogidi Abavo ,in Ika South local government area as Nwoko and Oseji exchanged brotherly courtesies, with the ongoing ward-to-ward rally.

He also donated 500,000 thousand Naira to scale up the 10 million naira prize endowed by Deputy Governorship candidate, Hon. Monday Onyeme and Prince Nwoko for the best three among the 98 wards in Delta North, with the highest number of votes for PDP in the 2023 general elections.

An excited Oseji in tow with Nwoko popularly called the Star Prince of Anioma and Delta North PDP chairman,Hon. Moses Iduh, all posed for photographs beaming happily with smiles, a rare tango uncommon in the cloak and dagger politics of Nigeria.

The Abavo encounter signalled unity and oneness for both men,drawing some positive lessons in political differences.

Ned Nwoko accompanied by his Nollywood celebrity wife, Regina Daniels, have for days running , remained the cynosure of all eyes as the famous couple and their entourage of youths, men and women rally from ward to ward, across Delta North propagating PDP in colourful campaigns.