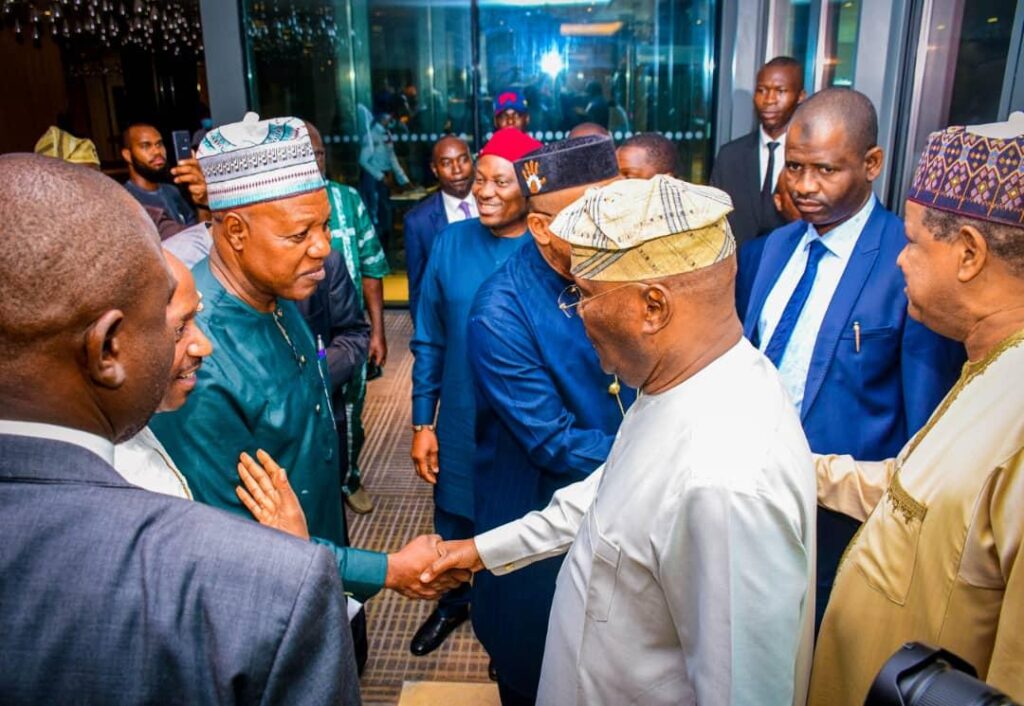 No going back on restructuring – Atiku; says he’ll set in motion realisation of the agenda from day one

Presidential candidate of the Peoples Democratic Party (PDP) and former Vice President of Nigeria, Atiku Abubakar has restated his commitment to ensuring that necessary constitutional amendments that will cause a transfer of more powers and resources to other tiers of government is activated on his first day in office, if elected president in next year’s election.

Atiku made this position known during an interactive session with members of the Nigerian Guild of Editors in Lagos on Wednesday.

The PDP presidential flag bearer said that it was unfortunate that a section of the media chose to misinterpret his comments at a session with the Lagos Business School Alumni Association on Tuesday.

“It is rather unfortunate that a section of the media reported my remarks at an event yesterday in a way that casts doubts on my readiness to implement my restructuring agenda.

“Let me therefore use the opportunity of this gathering today with the gatekeepers of the Nigerian media to say that my restructuring agenda is intact and it will be implemented from my first day in office.

“Already, I have received a report from a team of constitutional law experts which I assembled to look into our constitution and highlight areas where there are items that can be moved to the concurrent and residual lists of the constitution.

“Let me tell you that I will start work on the implementation of that report from my very first day in office if I am elected president next year,” Atiku said.

The former Vice President, while responding to questions from editors, said that his administration would work closely with the private sector towards ensuring that the gaps in infrastructure deficits are closed.

“It is obvious to all that the government doesn’t have all the money and the debt burden has continued to weigh us down. Therefore, the government has to be creative and engaging the private sector is one way of solving our infrastructure problems in a sustainable way,” Atiku said.