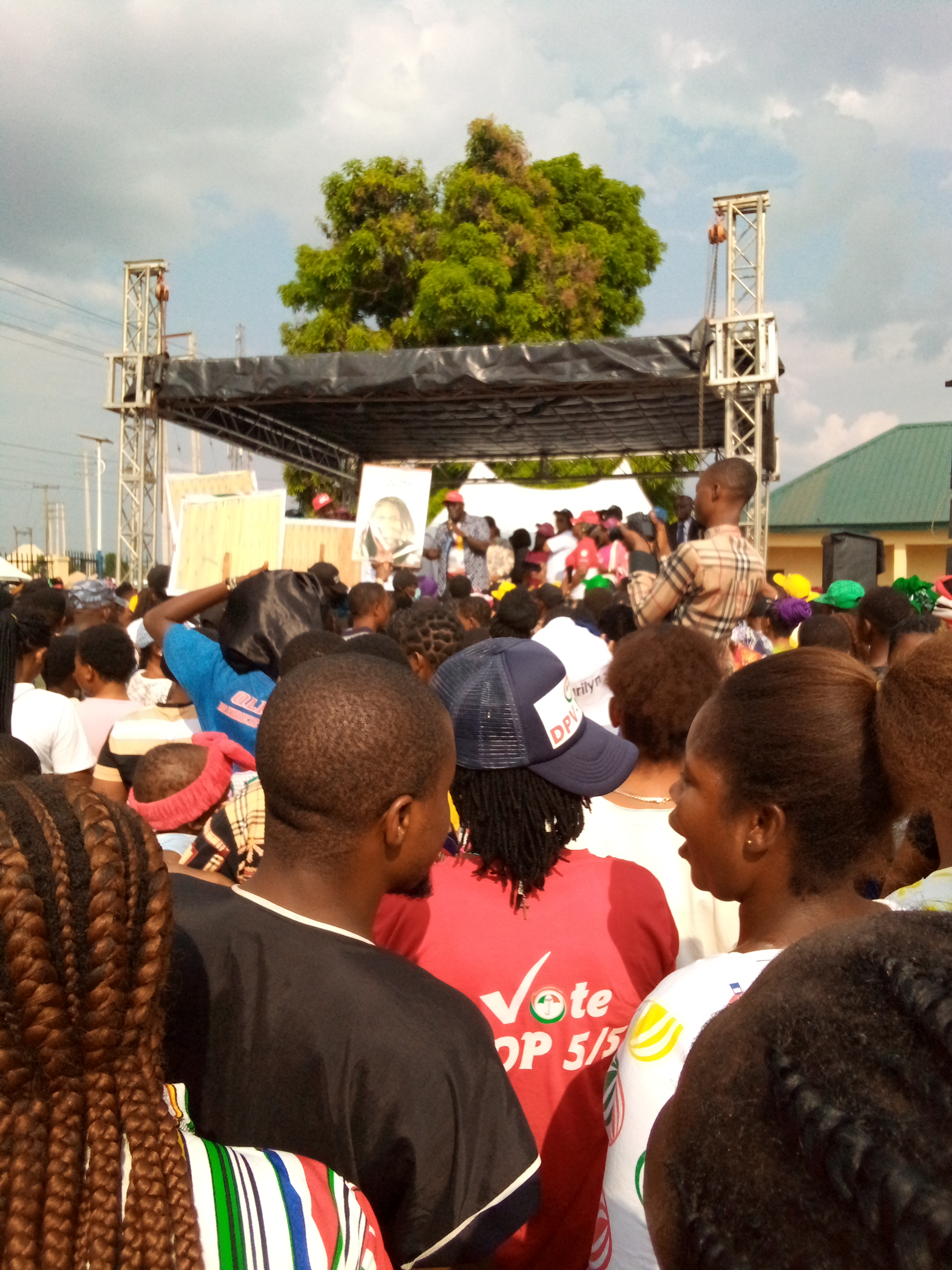 2023: Halt the torture, chase APC-led FG out of Aso Rock with your votes for PDP, Esiso tells Nigerians

Chairman of Peoples Democratic Party (PDP) in Delta, Olorogun (Barr) Kingsley Esiso has called on Nigerians to halt the torture brought on the people by the All Progressives Congress-led Federal Government by chasing it out of Aso Rock, the seat of the Federal Government.

Esiso made the call during the Delta North Ward campaigns at Ward 2 at Owa Alero, in Ika North East Local Government, the Ward and home of Governor Ifeanyi Okowa, and Vice-Presidential candidate of PDP.

He said that Nigeria today unfortunately has become the poverty headquarters in the world. Something that the Buhari-led APC has brought on us, and we cannot as a nation continue like this.

“Fortunately, I can tell you that we have capable hands as your next President in the person of Alhaji Atiku Abubakar. And now for the first time in the history of the Federal Republic of Nigeria, come 2023 by the grace of God, a true son of Delta, Senator, Dr. Ifeanyi Arthur Okowa will become the Vice-President of the Federal Republic of Nigeria. I can tell you clearly that with Dr. Okowa in Aso Rock, the road from Agbor to Sapele won’t remain like this. This road is a federal road, and the contract to dualize this road was awarded by President Jonathan in 2015 and up till now, the APC-led Federal Government has refused to honour that contract. We cannot have an Okowa in Aso Rock and this road will remain like this. It’s not possible.”

At the Ward 2 Owa Alero campaign, which also had the wife of the Governor, Dame Edith Okowa in attendance, Olorogun Esiso introduced to the audience the PDP candidates and urged the people to vote for them, not leaving out any. For the Presidential election he urged them to vote for Atiku Abubakar/ Ifeanyi Okowa ticket, underscoring the point that for Okowa, their son to become Vice-President, which is what they want, they must thumbprint on the umbrella space on the ballot box.