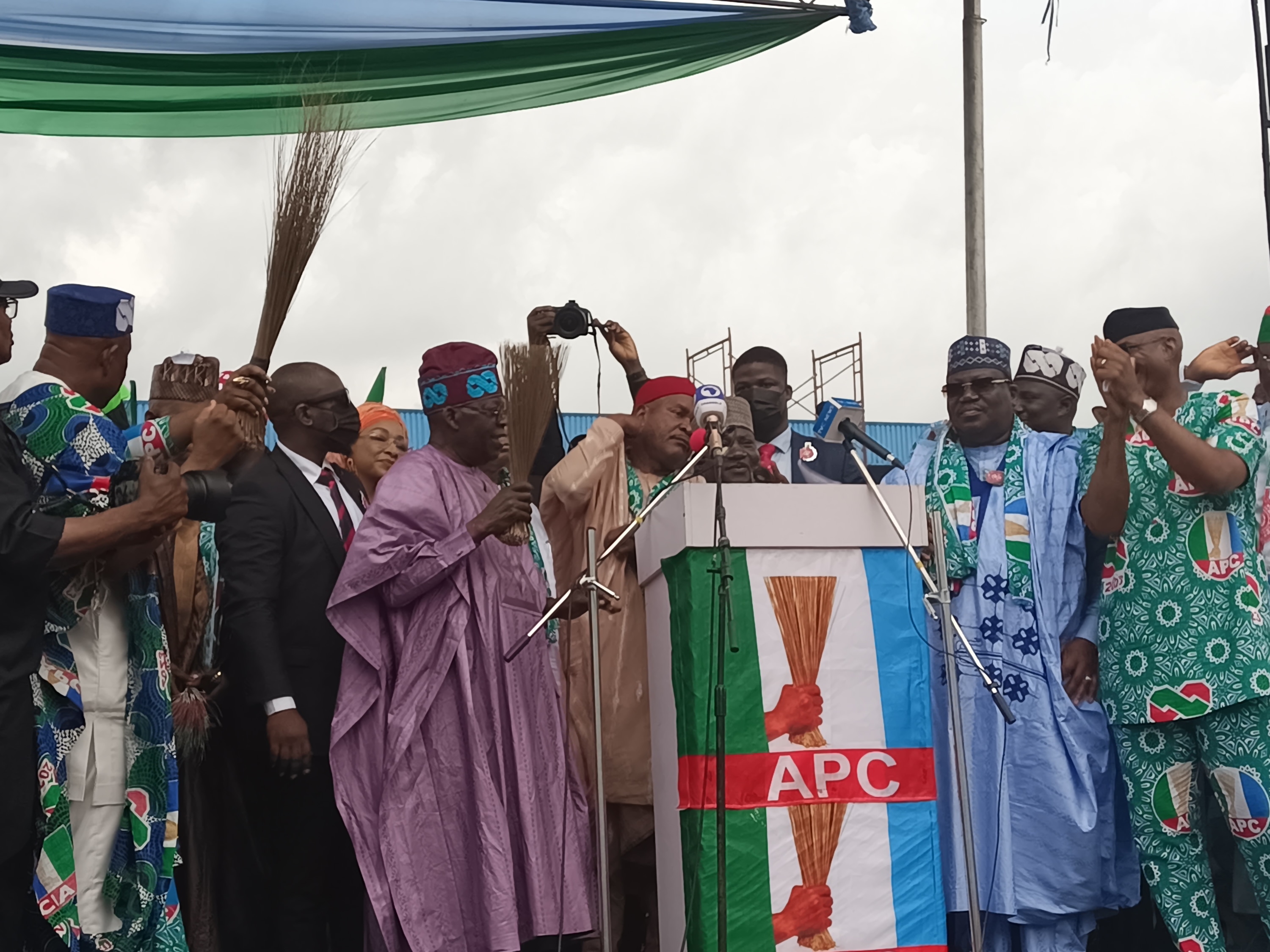 Tinubu made the remark during flag off of APC presidential and governorship campaigns held at the Warri City Stadium, Saturday, November 19.

He said the PDP while in government at the centre sold out nearly all of the nation’s assets to their proxies.

“All they sold, where is the money? How long have they been in Delta State, for 23 years of PDP in Delta State what have you seen? Warri is going down. They don’t know the way for development, they have no brains and don’t have the vision and road to prosperity. We know the way, go to Lagos and see development and progress. They are evil people.

“But I will fulfill all my promises. I appreciate your show of love for me. It is an indication of your desire for change.”

He affirmed that Ovie Omo-Agege will be the next governor that will develop Delta State.

“Ovie Omo-Agege as governor of Delta State will work with me and bring hope and progress to the State. Your sea ports, your steel industry and many areas of development are not for sale but for development.” Tinubu said.

Earlier, Senator Ovie Omo-Agege had assured that when elected as governor, he would work with Tinubu as President to ensure that DSC is reactivated, Warri port is functional, the school of maritime academy in Okorenkoko start working, as well as the PSZ at Ogidigben kicking off.

He told Tinubu that the people of Delta State are Christians who do not act in treachery but lamented that recently Governor Okowa acted as if he is not a Deltan.

“We are Christians and we do not betray but the latest betrayer of the South happened to be the governor of Delta State. He is replica of Judas Iscariot and if he does not want to commit suicide like Judas Iscariot, he should immediately step down from that ill-fated vice presidential race he is pursuing.

” Our people are very angry, they want development but rather than develop the State, all we hear are loans and more loans. All Deltans and those unborn are now indebted as a result of Okowa’s recklessness. To add insult to the injury he has brought a clone and Deltans have rejected Okowa and his clone. We don’t want a motorpark Chairman to be our governor even though that is what Okowa wants.

Also speaking, Comrade Adams Oshiomhole reiterated Governor Nyeosom Wike disclosure that President Muhammadu Buhari released a huge sum of unpaid funds accruing from 13 per cent oil derivation to oli producing states including Delta State and that the development going on in Rivers State were funded by the money.

Oshiomhole charged Deltans to ask Okowa where their share of the money was.

Highlights of the event was the handing of flags to Tinubu and Ovie Omo-Agege as presidential and Delta State governorship APC candidates.