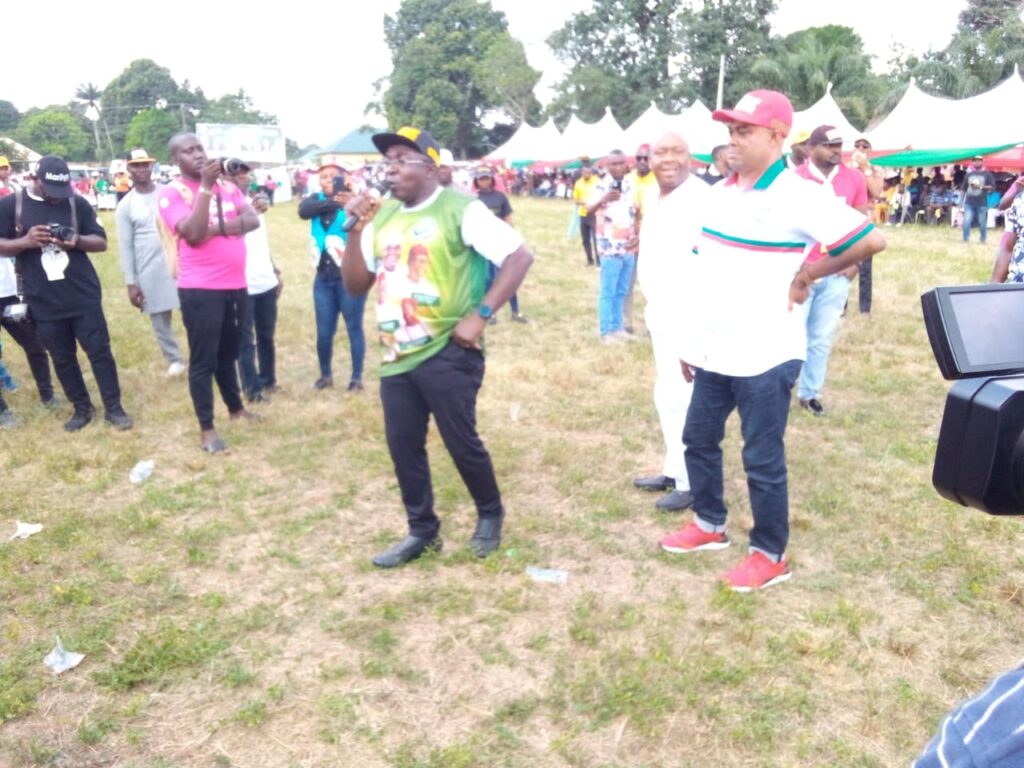 Those who registered to vote, and are yet to collect their Personal Voters Card (PVC) in Delta North have been told to go and collect them at the office of the Independent National Electoral Commission (INEC) in their local government areas.

It would be recalled that recently, Delta State Resident Electoral Commissioner, Rev. Monday Udoh Tom disclosed that about 300,000 PVCs are awaiting collection by their owners, and lamented the poor response of the registered voters who have not deemed it necessary to collect their PVCs now lying in INEC offices in the local government areas.

The two PDP chieftains whom spoke at different times during the ward campaigns Monday said it was imperative that all PDP supporters who have registered and are yet to collect theirs should endeavour to go and pick up their PVCs.

At the Ikeze Mbiri Ward 12 campaign, Ika North East Local Government, Iduh called on the audience to go and inform their relations that the only platform through which they can continue to enjoy the dividends of democracy in Delta State is the PDP. And that for PDP to continue to make that possible they wikll need to use their PVCs to vote all the PDP candidates.

Iduh said: “Go, inform all your relations and let them know that the only platform where there’s a way is PDP. Go tell them in the churches, in the market and everywhere, and call on them to go and collect their PVCs. Let’s change the negative change with our votes. There are many people who have not collected their PVC. We are pleading that they should go and pick up their PVC from INEC office. It is the only way you can make your vote to change the negative change that APC change has brought.

At Ward 8, Igbodo and Umunede Ward 11, where the people came out in their throngs, Deputy Director, Field Operations of the Delta Campaign Council, Mr. Ifeanyi Eboigbe called on the people to ensure that they come out massively to cast their votes for PDP. He said: “I beg of you to tell your people to inform others to ensure that they do not stay back at home on voting day. He reminded them that they are the ones that have produced the House of Representative candidate, and that it was therefore incumbent on them that they ensure that they come out enmasse to vote for the return of all PDP candidates..”

To the youths of Igbodo, Eboigbe said: “I plead with Igbodo youths to contribute their own part by taking charge for PDP during the elections.”

And at Umunede, he reminded the people how the ruling APC Federal Government has inflicted hardship on the people, with insecurity and poverty, pointing out that the only way to remove them is to vote massively for all PDP candidates during the elections.