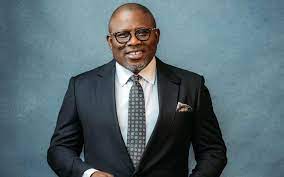 There is widespread excitement among the people of Delta State right now. The excitement has enveloped a good majority of the people in anticipation of what is really people’s moment come 2023. One man who has become a phenomenon is behind this exciting wind of anticipation. That man, the man of the moment and perhaps for all times, is Rt. Hon. Sheriff Oborevwori, present speaker of the Delta State House of Assembly and the Delta State Governorship candidate of the Peoples Democratic Party (PDP), Nigeria’s longest-surviving and most resilient political party ever, Africa’s largest political party and most pro-people organization.

Rt. Hon. Oborevwori did not emerge by happenstance. He has been on the political scene and undergone tutelage under three Governors in Delta State. He also has the rare privilege of legislative and executive experience and has over the years seen politics as a tool for constructively reshaping humanity and making life better for the people. This vision has not only evolved, but has become concrete as seen in his emergence as the PDP Governorship candidate of Delta State at a free and fair primary election.

Evolving with this man of destiny is the concept known as Sheriffication which has become an ideology and a movement in Delta State. Anywhere, everywhere and wherever you turn the agreement among the people, young and old, men and women is that Delta State has been Sheriffied. To be Sheriffied is to believe and embrace the idea of Sheriff Oborevwori becoming Governor of Delta State in 2023 and the concept is Sheriffication.

While the majority of Deltans hailed Oborevwori’s entry into the Governorship race with excitement, a small clique was displeased with what they considered Oborevwori’s near underprivileged background. This clique tried to discredit Oborevwori. They cast aspersions on him and questioned his academic achievements.

There were litigations intended to undo him and thwart the wish of the people for him to become their Governor. Good enough the litigations failed and the people’s desire to have Oborevwori as their Governor is gathering momentum. In a few months from now, the people will affirm him as the Governor of Delta State through the ballot. They will witness and celebrate his swearing-in and inauguration as Governor in May 2023.

The emergence of Oborevwori has a populist push to it. He came from among the people in every sense of the word. While some say that he came from the streets, they forget to see the streets as representing the true and real essence of the people. The street is where the people are and democracy is about the people.

The streets see Oborevwori as their own and he is very high on street credibility. He was born among the people, he grew up among them, lives with them and he knows their ways, their problems, their hopes, and aspirations. In him are the strategies with which to free the people from want, lack and set them on a pedestal for the new deal he is bringing to the table. Oborevwori is undoubtedly the ideal people’s politician and leader. His populist ideas and goals are unquestionably remarkable and unsurpassable.

The new deal Oborevwori is offering to Deltans is embodied in his manifesto aptly titled M.O.R.E. The acronym is symbolic because it recognizes that so much has been done in Delta State, but he is set to do MORE and take the State and people to the frontiers of the emergent New World order. The driving indices of MORE are Meaningful development, Opportunities for all, Realistic reforms, and Enhanced peace and security. Reading and evaluating the MORE agenda will reveal that Oborevwori has a deep understanding of what the development aspirations of Delta State are. Every Nation, every State is a work in progress always confronted by problems which right-thinking leaders who bear the burden of their people, like Oborevwori now does, are always desirous of remedying. The manifesto depicts Oborevwori as highly pro-people. MORE is the people’s agenda and in it, Oborevwori enunciates a new deal that will turn the State around for good.

The MORE agenda seeks to reposition Delta State and her people by engaging the core indices of modern development. Such indices under Meaningful development include education, energy, healthcare, physical infrastructure such as roads, transportation, housing, and new cities, rural development, urban regeneration, etc. The foci under Opportunities for all are employment and wealth creation, agricultural productivity, industrialization, ICT, sports, and creative enterprise. Realistic reforms will harness policies and programmes of Government for the good of the people, while peace and security will create an enabling environment for investment and social co-existence for all Deltans and other Nigerians and foreigners. Oborevwori deliberately deemphasizes the reliance on crude oil in articulating his development agenda. His dream of greatness and rebirth for Delta rests on her human capital and agricultural resources which are to be galvanized by education, energy, ICT, and industrialization.

Rt. Hon. Oborevwori, despite the tendency for political opponents to undermine his educational attainments, holds a Bachelor of Science and Master of Science Degrees in Political Science from two of Nigeria’s prestigious Universities. Thus Oborevwori is well-grounded in the theory and practice of politics. Besides his towering educational attainments, Oborevwori has also undergone political leadership and managerial trainings in some of the best educational institutions in the world to reinforce his hands-on engagement in practical politics.

It is doubtful if any other Nigerian politician has such a formidable attainment in the acquisition of knowledge of modern governance. This is the cumulative knowledge and experience that proposed the new deal for Delta State and her people. The new deal is in MORE as envisioned and articulated by Rt. Hon. Sheriff Oborevwori.