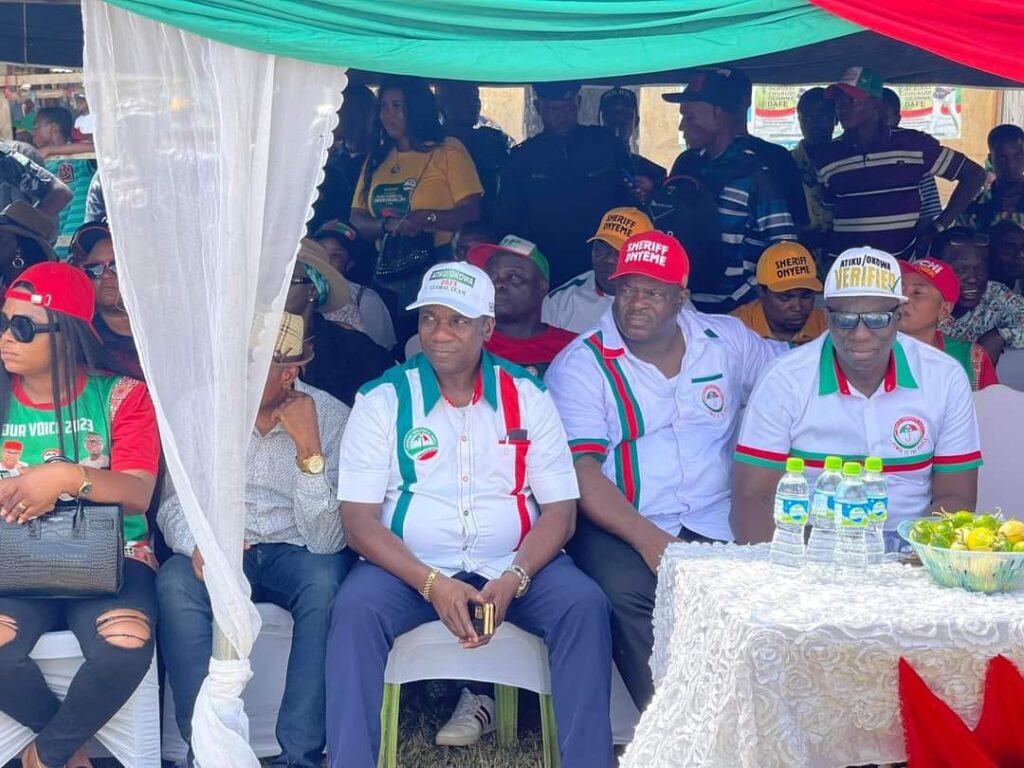 Approval has been given for the rehabilitation of the dilapidated Amai-Orogun Road, by the Delta State Government.

Ward 4 Chairman, Mr. Macaulay Enwelem while welcoming the campaign train led by Delta North PDP Chairman, Elder Moses Iduh pleaded with the campaign train on behalf of the community to intervene for the road to be rehabilitated in fulfillment of the people’s long-expected wish.

Rt. Hon. Ochor, who currently represents the people in the Delta State House of Assembly informed the people that approval to rehabilitate the road has been secured and that it is in the 2023 budget.

Calling on the people to vote en-masse for all the candidates of PDP in the elections, Deputy Governorship Candidate, Sir Monday Onyeme told the people the significance of ensuring that they cast their votes for PDP.
He said: “This is the first time that an Ukwuani person has the opportunity to become Deputy Governor. it’s an opportunity we must not allow to slip away from us. We must grab this opportunity and vote all-the-way, five-over-five for all the candidates of the PDP. I beg you all; let’s vote PDP all-the- way.”

Elder Iduh, who brought greetings from the Governor and PDP’s Vice-Presidential Candidate, Senator, Dr. Ifeanyi Okowa, but who is engaged with national assignment urged the people to vote all-the-way for PDP.
He said: “PDP is the only party with capacity to return Nigeria back to good ways. And the only way to change the negative change brought by the APC’s Federal Government is with your vote. Drive APC away with your vote, by voting for all the candidates of the PDP in the 2023 elections.
“Let me assure you that come 2023, and with PDP in Government at the Federal and in Delta State level life will be better.”
The Delta North PDP Chairman also reminded the people that in Nigeria today, even the rich cry because of the unbearable cost of living. But that it is only through voting for all the candidates of the PDP that you can change the APC’s negative change.
“It is also with your massive votes that you will make PDP win the Presidential election, that you can give our leader and Vice-Presidential candidate, Governor Ifeanyi Okowa voice as Vice-President in the PDP Federal Government.