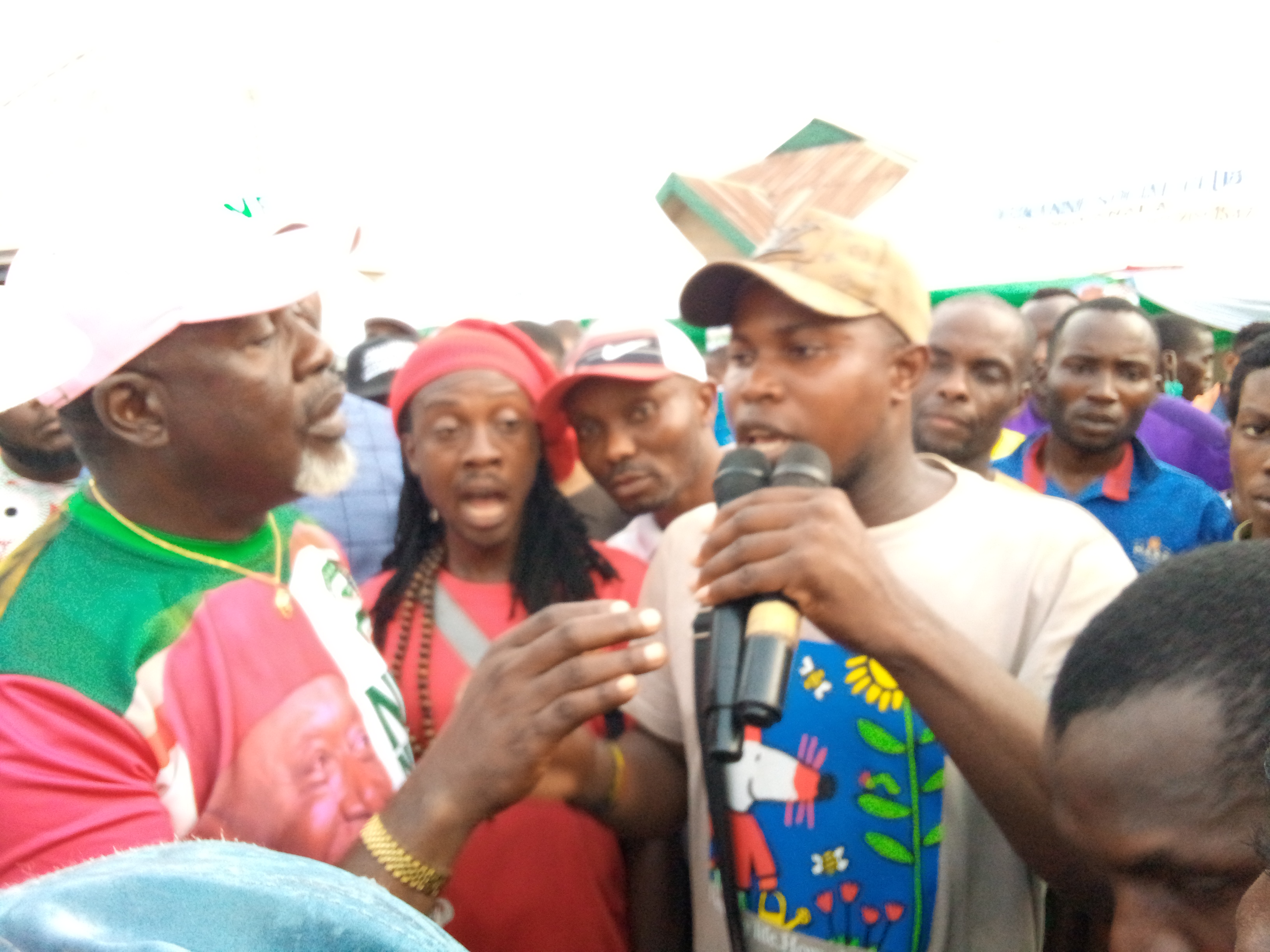 The people of Oko community in Oshimili South Local Government have been assured that their concern over the bad state of the community’s road will soon be resolved.

They were also assured of immediate commencement of work to fix the community’s light which has been out of function.

The assurances came from Delta North Chairman of the Peoples Democratic Party, PDP, Elder Moses Iduh, Minority Leader of the House of Representatives, Hon. Ndudi Elumelu, and Senatorial candidate of the party for Delta North, Prince Ned Nwoko when the Ward campaign train of the party visited the two Wards in the community on Tuesday.

The youths speaking through their leaders had complained bitterly about the bad state of the main road to their community and the absence of Government’s presence in the community.

But Elder Iduh explained to the youths that the first contractor disappointed causing the State Government to re-award the contract to another contractor, SETRACO and that work had begun on the road.

Also, Hon. Elumelu explained that work would commence on Wednesday for the repair of the fault on the transformer in the community. Prince Nwoko urged the youths to calm down that issues concerning the youths will henceforth be taken up as a matter of priority.

He announced that many goodies awaits the youths when he is voted for to go to the red Chambers, including sponsoring a bill for a law to set up a trust fund that will be dedicated to the youth. “It is to help enhance the worth of Nigeria’s youths in business endeavours,” Nwoko said.

At Ward 10, Cable, Chief Daniel Aniagboso Okafor led his supporters to dump the All Progressives Congress (APC), openly burnt their brooms, which is the APC symbol and declared support for the PDP. Chief Okafor said: “I have found out that PDP is the party where things are happening, especially in Delta State. APC has fallen beyond repair. It fell from 1 to 0.

” My message to Nigerians is let every Nigerian embrace PDP for us to move forward as a nation.”

Iduh, while receiving them into PDP urged them to go and get others to understand that there’s no road in other political parties except PDP.

He said other parties have no plan for the country; it therefore becomes curious how parties that have no plan can do anything meaningful.