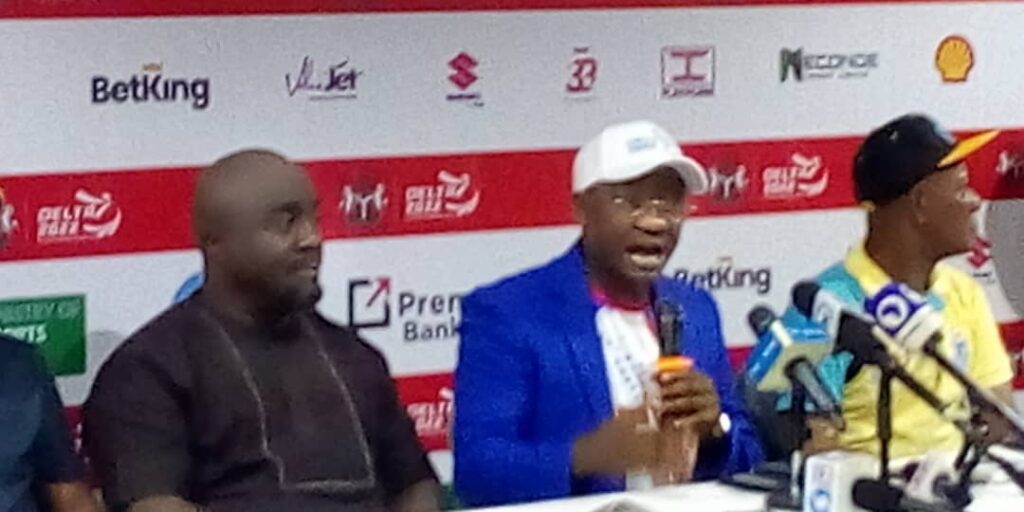 Delta State Commissioner for Information and Chairman, Publicity Sub-Committee of the National Sports Festival holding in Asaba, Mr. Charles Aniagwu, has refuted media reports purporting that the hosting of the ongoing 21st edition by Delta state is one of the worst in the history of the biennial event

Briefing newsmen at the Media Centre of the Stephen Keshi Stadium, venue of the sports meet on Monday, Aniagwu said it was also not true that the event had been married by poor organization, stressing that the hosting had been adjudged to be the best in terms of sporting facilities, coordination and security.

He condemned the decision by some online publishers to misinform and feed the public with falsehood due to their political inclination or little discomfort experienced in the course of covering the sports festival, adding that it was wrong for the  persons concerned to abuse the privilege of being in the media space, as that was not in the best interest of the country.

The Delta 2022 Publicity Sub-Committee Chairman emphasized that journalists covering the event were not supposed to be accommodated by the host state, pointing out that the responsibility was that of the media organisations for whom the journalists are working.

Aniagwu maintained that no state in the country had done as much as Delta in the hosting of the games, pointing out that the state ensured that maximum comfort was provided for the athletes and other individuals participating, to make the Festival worth the while.

He said the set goals were to have an event where people would ply their trades, where new talents would be discovered, where old records would be broken and new ones set,, as well as to provide the needed fun that would make the contingents want to come back to Delta to further enjoy the hospitality of the people.

On medal haul, the Information Commissioner said Delta was keeping faith in its promise of hosting to win, having maintained a comfortable lead with 43 gold, 22 silver, 13 bronze and still counting on Day 4 of the sports fiesta.

Aniagwu said the state was setting record in track and field events, and would set a standard that would be difficult to beat in the closing formalities, to the extent that any state hoping to host would be taken to onerous task.

He thanked the athletes, officials, spectators, the press and security agencies for their for their outstanding cooperation and urged them to sustain the tempo to the end of the games.

Ondo Commissioner for Sports, Mr Bukola, who joined Aniagwu in the press briefing, hailed Delta for the standard set in the hosting of the National Sports Festival, acknowledging that the hosting of the 21st edition was the best he had even witnessed.

He said the minor hiccups in the organisation of the games were normal anywhere in the world and urged journalists covering the festival to emphasize the positive sides in their reportage.