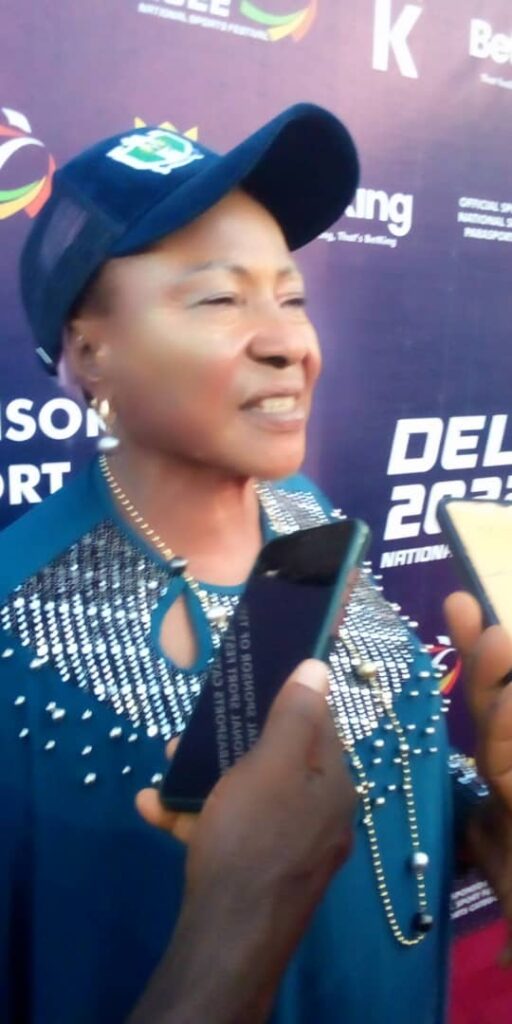 The President of National Aquatic Federation, Chief Chinoye Aliyu has said that the facilities in Delta State being host of the national sports festival will serve as performance centre for future aquatic athletes, which will be used to train and retrain them internationally.

The president made this disclosure in an interview with journalists  in Asaba, the state capital, when she expressed satisfaction with the standard of the swimming pool and the ongoing event for the swimming athletes.

She noted that swimmers will continue to utilize the complex immediately after the programme for other events.

She added that the complex will also serve for annual swimming competitions that will involve  all swimming  federation, military and paramilitary.

She maintained that the president of school sports will organize a swimming competition to select Nigerian children that are going to represent country in June, and that they will camp in Delta state to be trained.

On drug, she noted that the international body is monitoring the swimmers, especially on their nutrition.

While she commended the state government for creating a wonderful complex for swimmers, she announced that new national records have been set.