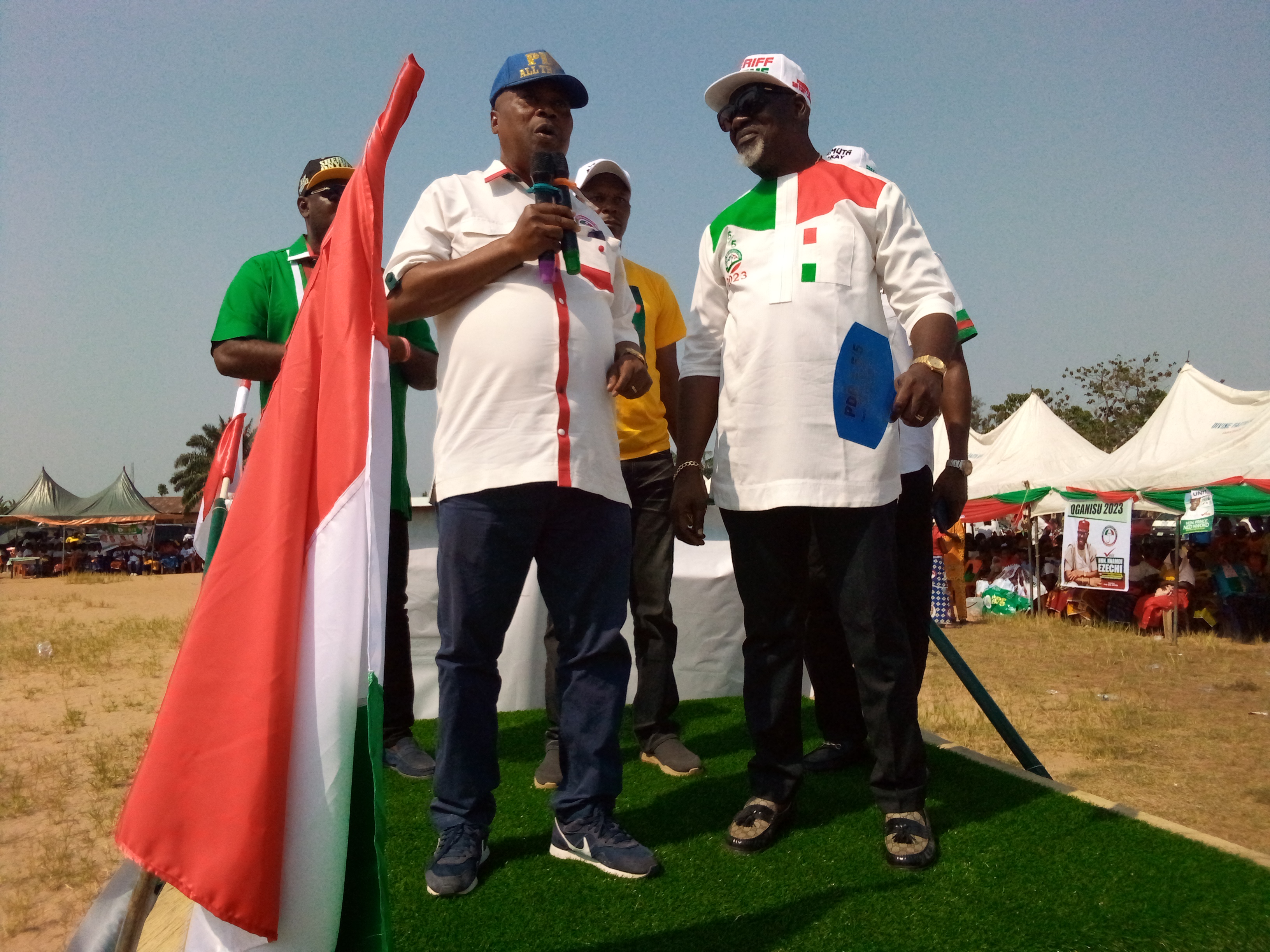 Delta North: Curtain draws on PDP campaign in 98 Wards with thanksgiving choruses to God; assurances of PDP all the way

Chief_editor December 10, 2022
Curtain was drawn on the Delta North ward-to-ward campaign of the Peoples Democratic Party, PDP, Friday with visit to the last of the 98 Wards in Ndokwa East Local Government Area.
Day Two of the Ndokwa East LGA saw the campaign train visiting four Wards, namely Ward 4, Okpai; Ward 9, Ibrede, Ward 10, Ashaka and Ward 1 at Ossissa.
An elated Delta North PDP Chairman, Elder Moses Iduh, could not hide his joy as he led a special Thanksgiving chorus and prayer acknowledging, praising and appreciating God for being with the campaign train all through the visit to the 98 Wards in the Senatorial District and granting journey mercies all through.
At Ward 1, the last of the Wards visited, Iduh appreciated all party leaders for their diligence in going with the campaign train. He specifically called out Dame Nkem Okwuofu, High Chief Godswill Obielum, Rt. Hon. Ochor Christopher Ochor, and other party leaders and thanked them specially for their resourcefulness and transparent support all through the campaign.
Earlier at Ward 9, Ibrede, persons who dumped the All Progressives Congress (APC) were received into PDP. One of the leaders of those who dumped APC and burnt their brooms and symbol of APC, Mr. Akapa Liberty who said that he had been with PDP for the past 18 years said he only went on leave, and that he never abandoned PDP. He then showed his PDP card to confirm that he never actually left PDP. He said: “I went on leave. I didn’t leave PDP. All members of my group are with me in Unit 5, and we will work for all the candidates of PDP to win five-over-five.”
The Delta North Chairman, told them to go and bring back others to the PDP fold. “Please make sure there’s no person in another party here. All must be PDP,” Iduh said, urging them to ensure that all votes count for PDP.
Earlier at Ward 10, Ashaka, High Chief Obielum campaigned vigorously, informing the campaign train that Ward 10 is PDP all-the-way, assuring that the people of the Ward are PDP compliant, and will vote five-over-five PDP all-the-way.
PDP chieftain in Ward 1, Ossissa, Chief Onyukwu who welcomed the campaign train to the Ward deflated insinuations that PDP will be destroyed in the Ward, saying that the large turn out of party faithful has debunked such claims.
“No one can destroy Ward 1, Ossissa PDP because of the good things that we have done. Come 2023, we shall give you the reason for which you came to Ossissa to campaign,” Onyukwu assured.