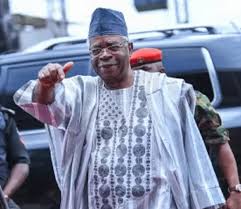 Okowa’s congratulatory message to Danjuma was contained in a statement by his Chief Press Secretary, Mr Olisa Ifeajika, on Friday in Asaba.

The PDP presidential running mate said that Nigerians remained grateful to the retired general for his contributions to nation-building, epitomised in unalloyed dedication to the service of our fatherland.

He lauded the great soldier for his outstanding statesmanship and commitment to the unity and development of the country, recalling that he fought alongside other patriots to preserve the sanctity of Nigeria in the civil war.

According to Okowa, Danjuma’s leadership trajectory over the years culminated in his selfless service to humanity, infectious philanthropy and inspirational entrepreneurship.

“You have had a fulfilled military career, and on retirement, you have built a vast business empire, contributing to the employment of young Nigerians, thus helping in a way in stemming the unemployment plaguing the country.

“You have indeed, written your name in Gold in our national history on account of your deep commitment to the welfare of the weak and vulnerable among us.

Okowa further remarked that Gen. Danjuma’s profound patriotism as illustrated by his commitment to the course of the down-trodden through his TY Danjuma Foundation, had set him apart as a care-giver and benefactor par excellence.

“I wish you God’s blessings of good health and longer life to continue serving Him and humanity,” Okowa stated.