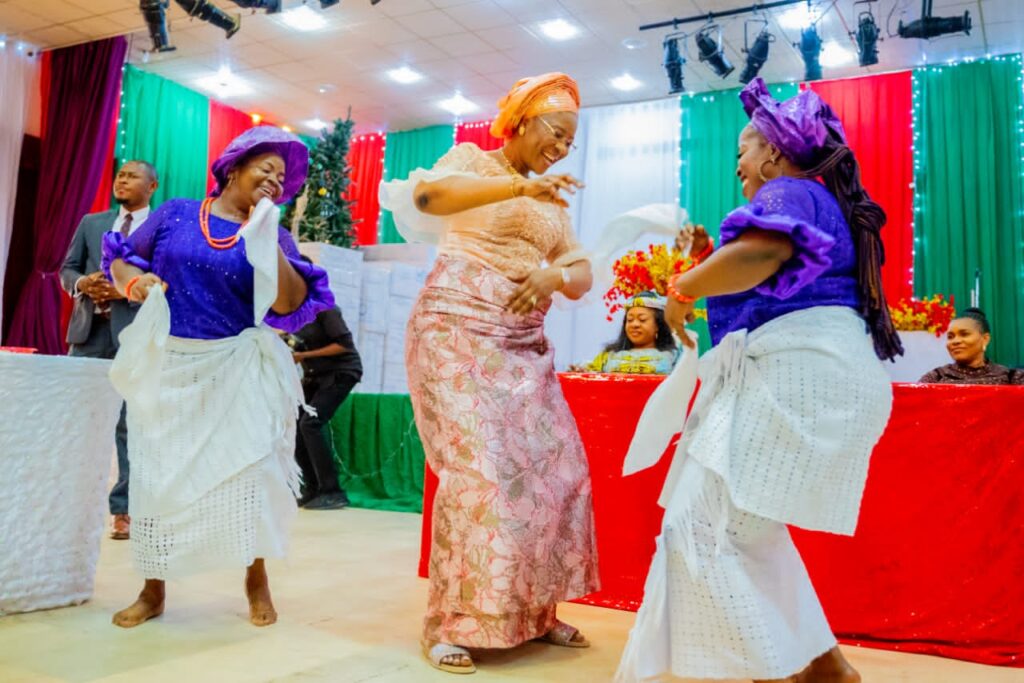 The wife of Delta State Governor and founder 05 Initiative, Dame Edith Okowa, has charged wives of traditional rulers in the state to be proactive so as to become positive influence in their families, kingdoms and society at large.

Dame Okowa gave the charge when she hosted the royal mothers to a Christmas luncheon and interactive session at the Unity Hall, Government House, Asaba.

A yearly event, where the governor’s wife gather royal mothers across the state to rob minds together and exchange ideas with a view to maintaining peace and unity.

DameEdith Okowa appreciated the traditional rulers’ wives for their consistent support for the Okowa Administration for the past seven years, which had witnessed tremendous peace and development.

The governor’s wife reaffirmed that she had kept to her electioneering campaign promise that traditional rulers wives would be carried along if voted for.

She enjoined the royal mothers to stand for God wherever they found themselves and take responsibility for prayers, considering that every mother will give account of her deeds someday.

Dame Okowa sued for maximum support for the wife of the PDP governorship candidate and lauded the team of the 05 Initiative and other partners for their support, even as she prayed God to reward them.
Earlier the Director General of the 05 Initiative, Mrs. Oghenekevwe Agas said the forum was a yearly get-together where the governor”s wife interact and exchange ideas with wives of traditional rulers with a view to peace and unity as mothers in the state.
In a brief sermon, Lady Chineze Onya-Dike admonished the royal mothers to rededicate their lives to God, as Jesus came to take away sorrow, and give life to as many who believed in His name,stressing that December was a season to show compassion to others as God did.

Some of the royal mothers including the wife of Olu of Warri, Olori Atuwatse the third and the Omu of Okpanam who presented a book on the history of Omuship and a traditional attire known as Akwa-ocha.

They commended the efforts of the governor’s wife through her 05 Initiative and prayed God to grant her desired.

The event featured dance and drama performances by the Delta State Council for Arts and Culture as well as Glory of God Music and Drama Concept.

The governor’s wife in her usual manners, presented gifts to all royal mothers.