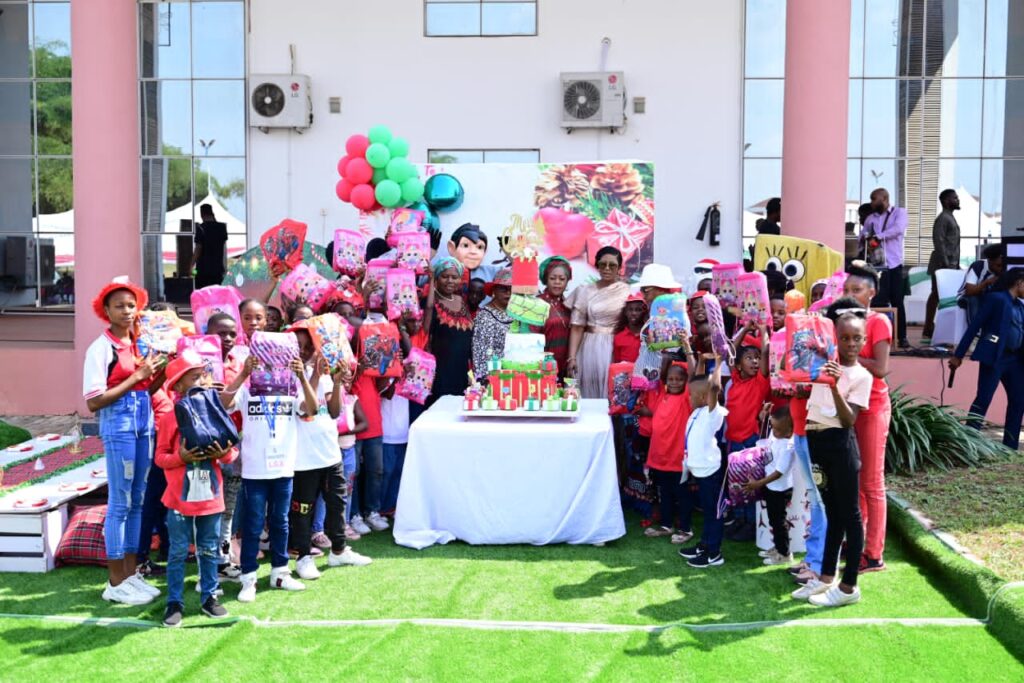 The wife of Delta State governor and Founder 05 Initiative, Dame Edith Okowa has hosted children from the twenty five local government areas to an end of year Christmas party at the Government House, Asaba.

Since inception of this administration, Dame Edith Okowa had always given the children a sense of belonging and love.
This year was not an exception.

Addressing the children, Dame Edith Okowa appreciated God for the gift of life and good health.

She recalled the faithfulness of God since inception of the Okowa administration, thanking the 05 Initiative partners for their consistent support over the years and prayed God to keep them all to see 2023.

The governor’s wife said the event was a farewell party and expressed the hope that next year the team of the 05 Initiative would join her to celebrate the birth of Jesus at a higher level.

In a brief exaltation, Lady Chineze Onyea-Dike reading from Matthew chapter nineteen verses thirteen to fourteen said the kingdom of God belonged to children, adding that children would not harbour anger, bitterness or unforgiveness.

She said to become like children, the mind must be renewed and enjoined the children to obey their parents at all times to attract God’s blessings in their lives.

The children had a wonderful time, as they were engaged in different games and prizes awarded to winners .

The governor’s wife also took time to dance with the children.

Santa clause, mickey mouse and other cartoon characters were also on ground to thriil the children.

Highlights of the children Christmas party was the cutting of the cake by the governor’s wife, flanked by dignitaries present and the distribution of gifts children from the twenty five local government areas.

The event attracted dignitaries from the various stratra of the society including commissioners, wives of house of Assembly members, chairpersons, 05 Initiative team and other government functionaries.