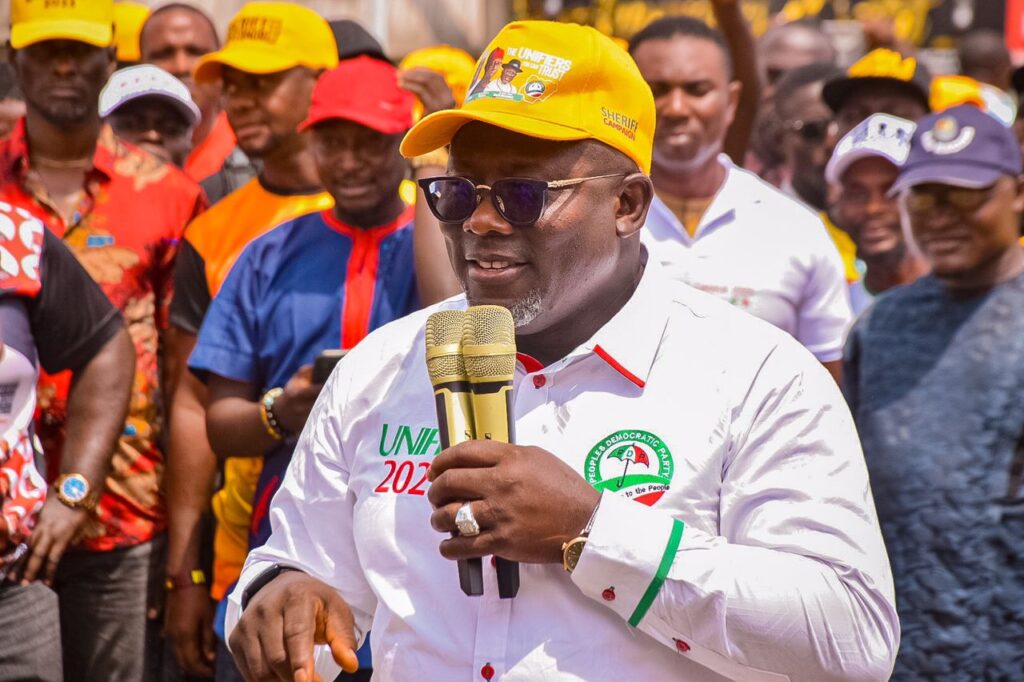 PERSPECTIVE – Why Oborevwori is the best for Delta 2023

As Nigerians prepare for the general elections slated for the first quarter of 2023 a lot of permutations are going on about what should happen and who should get what by way of winning at the polls. The electorate is now the beautiful bride with suitors, many of them sweet-tongued and deceptive, coming to knock at the door to her heart. At the national scene, the furore has escalated around the three leading candidates namely, Atiku Abubakar of the Peoples Democratic Party (PDP), Bola Tinubu of the All Progressives Congress (APC) and Peter Obi of the Labour Party (LP).

Across Nigeria, some of the states with election schedule that falls into this electoral season are also having their fair share of contentions, disputations and campaigns. This is more so because it is a transition cycle as many of the governors are rounding off their second term and paving the way for new state executives. The media, both conventional and social, is awash with claims and counter-claims. The candidates and their followers are not resting, but toiling to see that they add electoral value to their cause. It is the season of the conflict of interest.

The scenario created above is also playing out in Delta State. What is becoming clearer by the day is the apparent and crystal clear signs that Rt. Honourable Sheriff Oborevwori, the incumbent Speaker of the Delta State House of Assembly and governorship candidate of the Peoples Democratic Party (PDP) has earned the peoples’ support and verdict that he is the next governor of Delta State come 2023.

Oborevwori’s favourable run is predicated on a number of factors which the other candidates for the position lack. Despite initial hiccups provoked by opponents and which led to litigations that dragged on to the Supreme Court and during which he was overwhelmingly vindicated, Oborevwori has emerged better focused and he is now on top of the game.

While his opponents seize every opportunity to malign him, he has embarked on a strategic meet the people campaign as he takes his message to the people of Delta State who have come to see beyond the lies other candidates told just to undo him politically.

Oborevwori remains the most Pan-Deltan among the candidates and has the real capacity and largeness of heart to continue to drive the Pan-Delta agenda that has made the State socio-economically and politically stable since 1999. A State like Delta State with a multi-ethnic colouration needs a character with a measured temperament like that of Oborevwori to thrive and prosper.

Oborevwori has never exhibited the tendencies attributable to a nepotistic and sectional leader. His credentials as the longest serving Speaker of the Delta State House of Assembly remain unmatched by any other politician in the State since the advent of the current dispensation in 1999.

As Speaker of the State House of Assembly, the entire State made up of twenty-nine constituencies has been his one vast constituency. He knows the State like the back of his hands and he knows and appreciates the development aspirations of all Deltans.

It is his understanding and readiness to address the State’s development aspirations arising from his engagements with every sector of the State that inspired his desire to serve and entrance into the governorship race. In doing this, he has evolved a most people-friendly and development oriented manifesto which he codenamed the MORE AGENDA where he articulated his vision and strategy for the development of Delta State.

Oborewvori’s MORE agenda recognizes that so much has been done, but that MORE needs to be done. The MORE agenda thus seeks to give Deltans Meaningful development, Opportunities for all, Realistic reforms and Enhanced peace and security. Embedded in each of the concepts on which the manifesto is anchored are visions and clear cut strategies for their realization.

Education, healthcare, agriculture, electricity, infrastructure, industrialization and ICT are the key drivers of the MORE agenda.

Oborevwori is conscious of Nigeria’s predicament which has negatively impacted Delta State and her people. That is why he didn’t limit his development vision to the precincts of Nigeria. As a contemporarily conscious and astute politician who has undertaken courses in political development and management studies in the best universities across the globe, Oborevwori has configured a Delta State that will participate in the Fourth Industrial Revolution driven by ICT.

While his opponents deride him because of his humble beginning and attribute the negative essence of the streets to him, the people claim him as their own. The people own the street and the street is where the people live and Oborevwori has a heavy dose of street credibility which his opponents lack.

Oborevwori’s grassroots appeal makes him a sure bet for democracy and her populist ideals. He is a listener, a consensus builder and team player.

These attributes which attest to his uncommon leadership acumen are what have made him the longest serving Speaker of the Delta State House of Assembly. It should be on record that at the national level, Oborevwori is the vice chairman of the Conference of Speakers of States’ Houses of Assembly in Nigeria.

Contrary to what his opponents falsely claim, Oborevwori is well educated obtaining degrees in political science up to postgraduate level. His case is that of practicing what he studied. He has in addition to the degrees in political science, which opened his eyes to political economy, attended courses in legislative matters, political leadership and management in top universities in the world. The truth is that no other governorship candidate is as prepared as Rt. Hon. Sheriff Oborevwori.

The people of Delta State have unanimously endorsed him as the best candidate for the governorship in 2023.