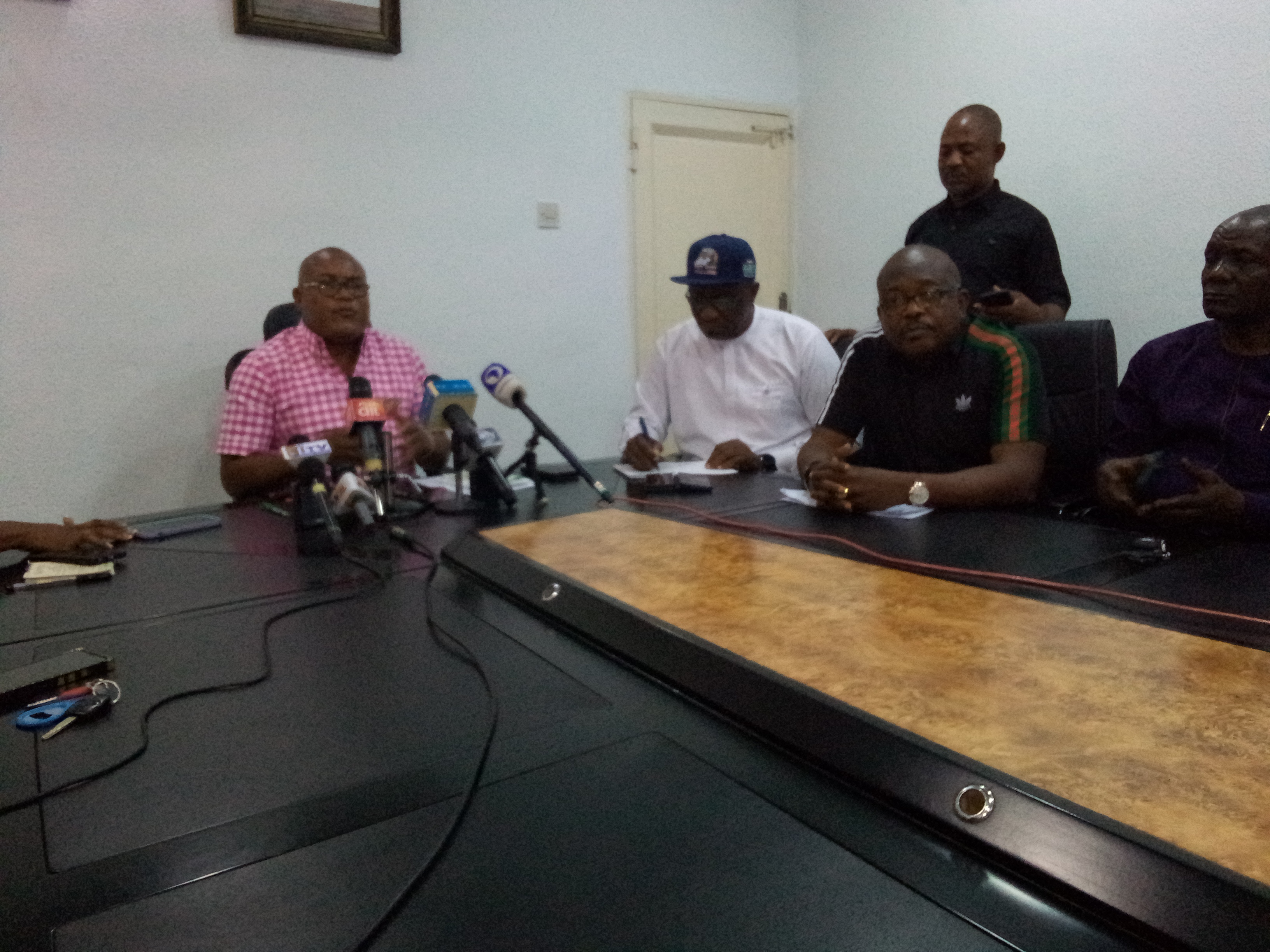 Nigerians know that the days of All Progressives Congress (APC) deception as a party in government are over Nigeria.

This is the conclusion of the Delta State Campaign Council at a press conference addressed by the Director of Campaigns, Rt. Hon. Funkekeme Solomon, who also called on the APC to apologise to Nigerians for the rot it has made of the country and for taking Nigerians for a ride, instead of the immoral step of putting candidates forward for elections.

Rt. Hon. Solomon who announced that the PDP in Delta was commencing its local government campaigns on Wednesday, December 21, 2023 having concluded the ward-to-ward campaign to all 270 wards across the state, condemned APC for displaying deliberate insensitivity to the secular state of Nigeria by flowing a Muslim-Muslim presidential ticket.

Pointing out that PDP is set to restore sanity, reset Nigeria on the path of development, peace, and hope, the Director of Campaigns said: “The APC decision to float a Muslim-Muslim ticket underscores its insensitivity to what Nigeria is. Nigeria is a country made of major religions – Christianity, Muslim and others. And at this point in the history of this country, for a party to decide to field Muslim-Muslim ticket shows there’s a deliberate attempt to insult Nigerians. It shows that to them Christians don’t matter. That kind of religious arrogance can only further divide our country.”

He said every right thinking Nigerian knows the danger that this type of insensitive decision, and that it is this understanding that made PDP to come up with a Muslim-Christian ticket, thus balancing the sensibilities of Nigerians with the Atiku-Okowa presidential ticket.

Rt. Hon. Solomon said: “This country is on its knees and PDP is the only that can rescue her. Our economy is down and every other thing is down, practically speaking. Anybody seeing Nigeria today will understand and agree that the deception brought into politics in 2015, the APC’s deception of change. But it was a change for the worst when most people cannot live well now; when the whole country is held prostrate by forces of darkness; when people now find things exorbitant; security is at its worst; people can’t buy diesel, they can’t buy fuel.”

He said that by the time Atiku would leave office as president, Nigeria would have become the fastest growing economy in Africa.

On the issue of governorship in Delta, Solomon acknowledged that all the past governors have built on the successes of their predecessors, and that Rt. Hon. Sheriff Oborevwori, the PDP governorship candidate will also build on the legacies of his predecessors with his M.O.R.E agenda. “So we will tell Deltans to vote for PDP candidates because you don’t change a winning team.” he said.

Excerpts from the text of the Campaign Director’s speech reads:

It is my pleasure to welcome you all to this Press Conference designed first to intimate you about our highly successful ward-to-ward campaigns across all the 270 wards in Delta State. It is important to congratulate our party leaders, candidates, party stalwarts, members, and supporters for the open display of love and active support for our great party by Deltans. The strong enthusiasm exhibited by party faithful across board during the ward campaigns underscored the favour and huge support base enjoyed by the PDP across the State, which also proved beyond doubt that Delta is PDP and PDP is Delta State.
The ward campaigns also brought light to many people who dumped the opposition and confessed that having seen the light they have decided to embrace the PDP as the only party with the capacity to rescue, reset Nigeria and reunite Nigerians.
This Press Conference is also to inform Deltans and other Nigerians living in Delta State through your various mediums that PDP in the State is set to embark on Local Government campaigns come Wednesday, December 21, 2022.
We shall as usual undertake issue-based campaigns and will not indulge in frivolities about the mischievous pranks of the opposition parties, except that when necessary, we shall educate the people about why they must prefer PDP to other parties, and vote for all our candidates at the 2023 elections.
Of course, as you all know by now that Nigeria is facing a grim situation, courtesy of the incompetent, ill-informed, and wicked rule perpetrated by the All Progressives Party (APC)-led Federal Government. Today, our nation has become the poverty capital of the world, amid unparalleled insecurity that has made Nigeria an insecure place for life and property. Besides, unemployment, inflation, and food insecurity have brought untold hardship on Nigerians, the type we have never seen since the evolution of this nation.
Our issue-based campaign will showcase the competence of our candidates who are men and women of experience in the art of turning things around. The Atiku-Okowa Presidential ticket is what Nigeria needs to reset and rescue this nation from the mess that the APC has plunged her into. Our Governorship ticket of Sheriff Oborevwori and Monday Onyeme is what Delta State needs to build further on the good legacies of the administration of former Governor James Ibori, former Governor Emmanuel Uduaghan, and the legacies of the wonderful administration of Governor Ifeanyi Okowa, who is also the Vice Presidential candidate of PDP. This will be done through the M.O.R.E. Agenda.
PDP believes that Nigeria needs seriously to depart from our current experience of electing incompetence and free herself from the APC tragedy that has turned a land flowing with milk and honey into a suffering nation. We agree that rather than present candidates for the 2023 elections, APC should be apologizing to Nigerians for the rot it has brought the nation into. The clueless party and its officials lack the gumption to understand and appreciate the enormity of the problems APC has created and so lacks the basis to even field candidates.
It is against this background that we call on Nigerians not to relent in holding APC to account for the worsening state of affairs in Nigeria, and therefore reject it with their ballots at the polls by voting massively for all the candidates of PDP across board for the purpose of resetting and rescuing Nigeria from the untidy and chaotic path that APC has brought her, while also urging the good people of Delta State to further concretise their continuing support to PDP with enormous, overwhelming votes for the candidates. It will bring the M.O.R.E Agenda to fruition come 2023.
This is the message, Gentlemen of the Press that I call on you to help to pass on to the good people of Delta State.
I thank you all for your attention.
©
Rt. Hon. Funkekeme Solomon,
Director Of Campaigns,
Delta State PDP Campaign Council.