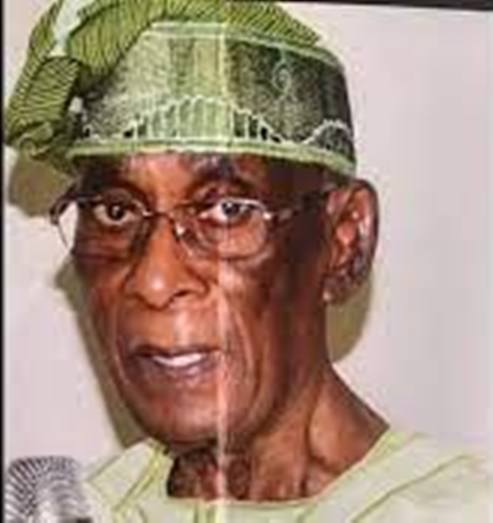 A former Secretary to the Delta State Government (SSG), Comrade Ovuozourie Macaulay has commiserated with the immediate past Governor of the State, Dr. Emmanuel Uduaghan over the death of his father-in-law, Brig. – Gen. Sunny Esijolomi Tuoyo rtd.

Tuoyo, a former Military Administrator of old Ondo State during the military era, passed on in Lagos at the age of 84. He was the father of Uduaghan’s wife, Roli.

In a condolence message issued in Asaba, Macaulay noted that the passing of Pa Tuoyo was a great loss to the two families of Uduaghan and Tuoyo as well as the Itsekiri nation and the military.

Besides, he said that as a professional soldier who rose to the top rank level, Gen. Tuoyo contributed his quota to the feats attained by the Nigerian military and in turn the growth and development of the country.

In addition, the former SSG acknowledged that the deceased raised a decent family including a former first lady of the State.

“Though it is painful to lose a loved one, the family should rejoice over the fact that he lived a fulfilled life having made it to the top echelon of his chosen career, the military as well as emerge the Governor of a State,” he stated.

Macaulay prayed to God Almighty to grant the soul eternal rest as well as give the children, the Uduaghans, the Tuoyos, the Itsekiri nation and the military, the fortitude to bear the loss.