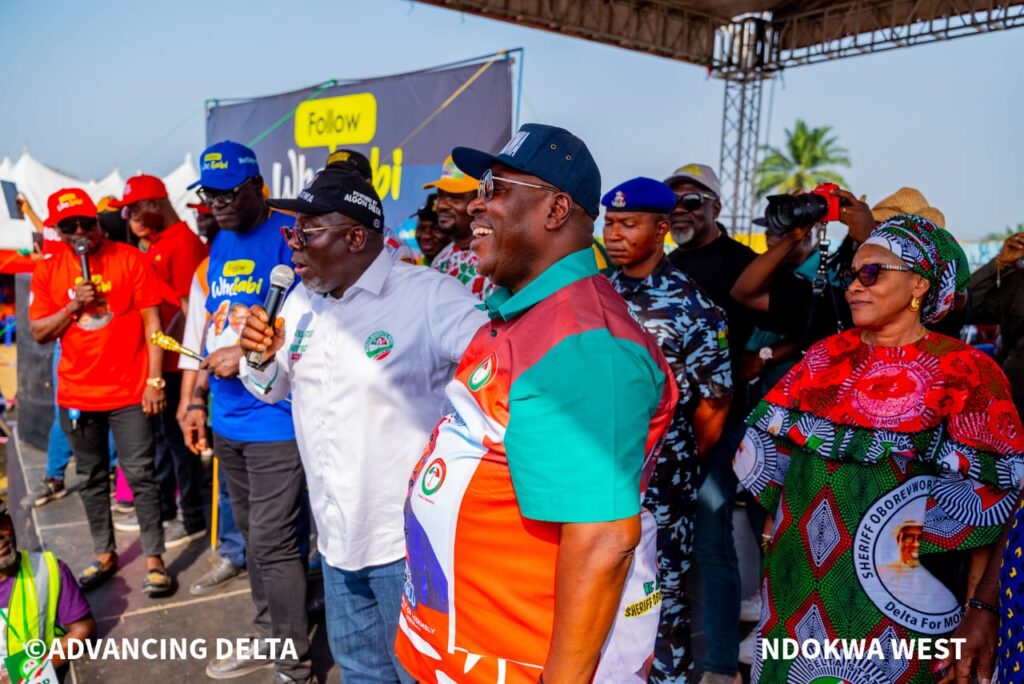 “My people, APC (All Progressives Congress) is a party of deceits, and as a result, it has caused pain to many, and led the country into darkness. The party represents darkness, and my group and I have decided to come out from darkness and deceit, to light, which the PDP represents.”

The foregoing is the regretful statement made by Mr. Henry Umechi, who dumped the All Progressives Congress (APC) along with his supporters and joined the Peoples Democratic Party (PDP).

The event took place at Aboh, Ndokwa East Local Government Area of Delta State during the Delta PDP campaign rally on Friday, December 30, 2022 in the town, where they were received formally into PDP by the State Chairman, Olorogun Kingsley Esiso, a barrister-at-law.

Looking upset with a feeling of horrified disapproval of the APC, Umechi particularly singled out the Deputy Governorship Candidate of APC in Delta, Rt. Hon. Friday Ossai Osanebi, and took a swipe at him, describing Osanebi as an incompetent representative of his constituents in the Delta State House of Assembly.

Pointing out that Osanebi’s representation in the House of Assembly was a display of incompetence as he lacked the skills, qualities, and ability to give the people of Ndokwa East proper representation, he lambasted the lawmaker for his inability to understand the needs of the people of Ndokwa East and so could not attract any tangible development project to his constituents.

Umechi told the throng of PDP leaders, that included the Vice-Presidential candidate of PDP, and Governor of Delta State, party leaders, chieftains, members, and supporters that his membership of APC exposed him to know that APC is a party of deceits, one that nothing good can come out from.

He said: “My people, the APC is a party of lies, deceits, and false promises, and as a result, it has caused pain to many, and led the country into darkness. Life has become difficult in Nigeria; rice is expensive, fuel is expensive and we are saying no to APC. The party represents darkness, and my group and I have decided to come out from darkness and deceit, to light, which the PDP represents.”

“The man who today is running as a Deputy Governorship candidate of the party, had been the representative of this area going to twelve years, but there is no evidence of his representation in the area. All he does at the hallowed chambers is to consistently press his phones, while his colleagues are engaging in the business they were elected to do.”

For Chief Onyeme, another chieftain who dumped APC for PDP said “PDP is the only way that can carry us along in this country. We are happy to see the candidates that PDP has presented to represent us. We want to burn the APC brooms.”