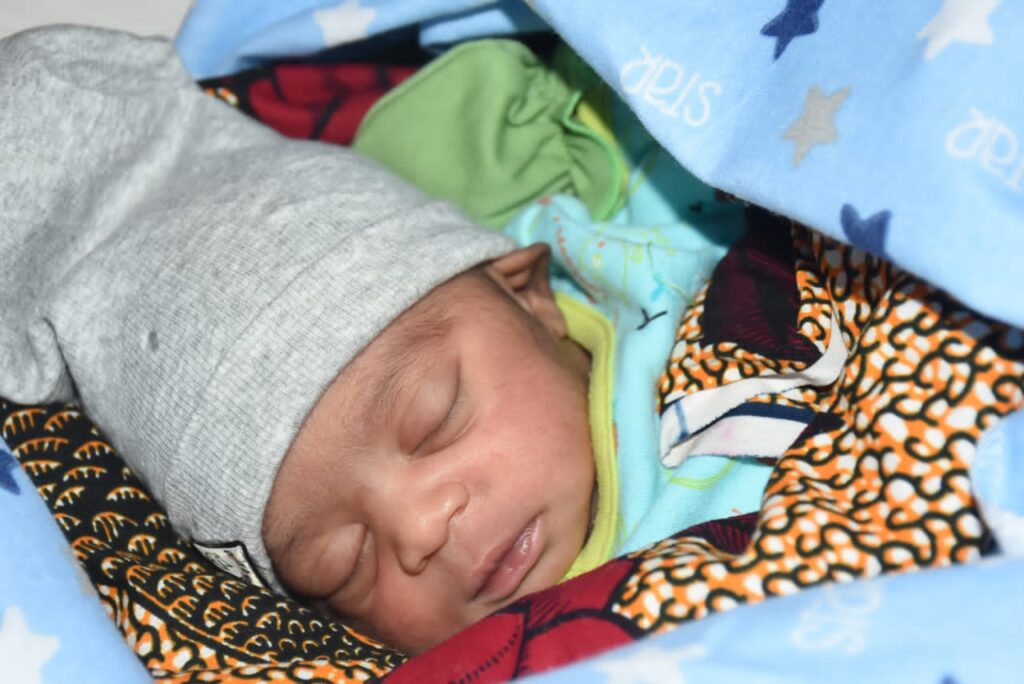 The wife of the State governor and founder 05 Initiative, Dame Edith Okowa has charged Deltans particularly mothers to up their game, and develop a closer walk with God so as to enable their children fulfill their God given destines.

Dame Okowa stated this during her visit to the Agbor general hospital to welcome and present gifts to the First Baby of the year 2023.

The baby, Master Godfrey Chukwuezendu Ojougboh who weighed 2.5kg at birth, was born at 12:02 on January 1 at the Agbor general Hospital Agbor, to the family of Mr. and Mrs. Emmanuel Ojougboh

Dame Okowa, who welcomed the first baby of the year with a nostalgia, went memory lane, as she recalled how she was given birth to sixty-one years ago in the same Agbor general hospital, saying she equally had her son years later in the same maternity ward, even as she thanked God for the privilege.

The governor’s wife said God had given the family a gift that could not be bought with money and prayed that the child will fulfill destiny, urging the parents to raise him in the way of God.

She commended the Medical Director of the hospital and other health personnel for a job well done and for the clean environment.

The father of the baby, a thirty-six year old, an applicant Mr. Emmanuel Ojougboh expressed appreciation to God for the safe delivery of his second child and the visit of the governor’s wife.

Mr. Ojougboh, a native of Alihame- Agbor in Ika South described the gesture as a good omen for the new year.

The mother of the baby, a twenty six year old, graduate of political science and an applicant, Mrs Miracle Ojougboh disclosed that it had been her heart desire to have the first baby of the year, noting that God answered her prayer and prayed God to reward Dame Okowa for the gesture.

Dame Okowa and her entourage also visited the Asaba Specialist Hospital to identify with other babies delivered January I and presented gifts to them and thanked God for making all to see the new year.

She also visited the Transcranial center where she offset the medical bills of a sickle cell patient.

At Federal Medical Centre, Dame Okowa offset one point three million naira as medical bills for seven indigent patients, including mothers and babies who could not pay their bills and called on other well meaning Nigerians to emulate the gesture as she commended the hospital management for their unwavering committed to the service of humanity.

FMC Medical Director, Victor Osiatuma said the governor’s wife had given the beneficiaries reasons to live again, as had consistently extended the dividends of democracy to the hospital.